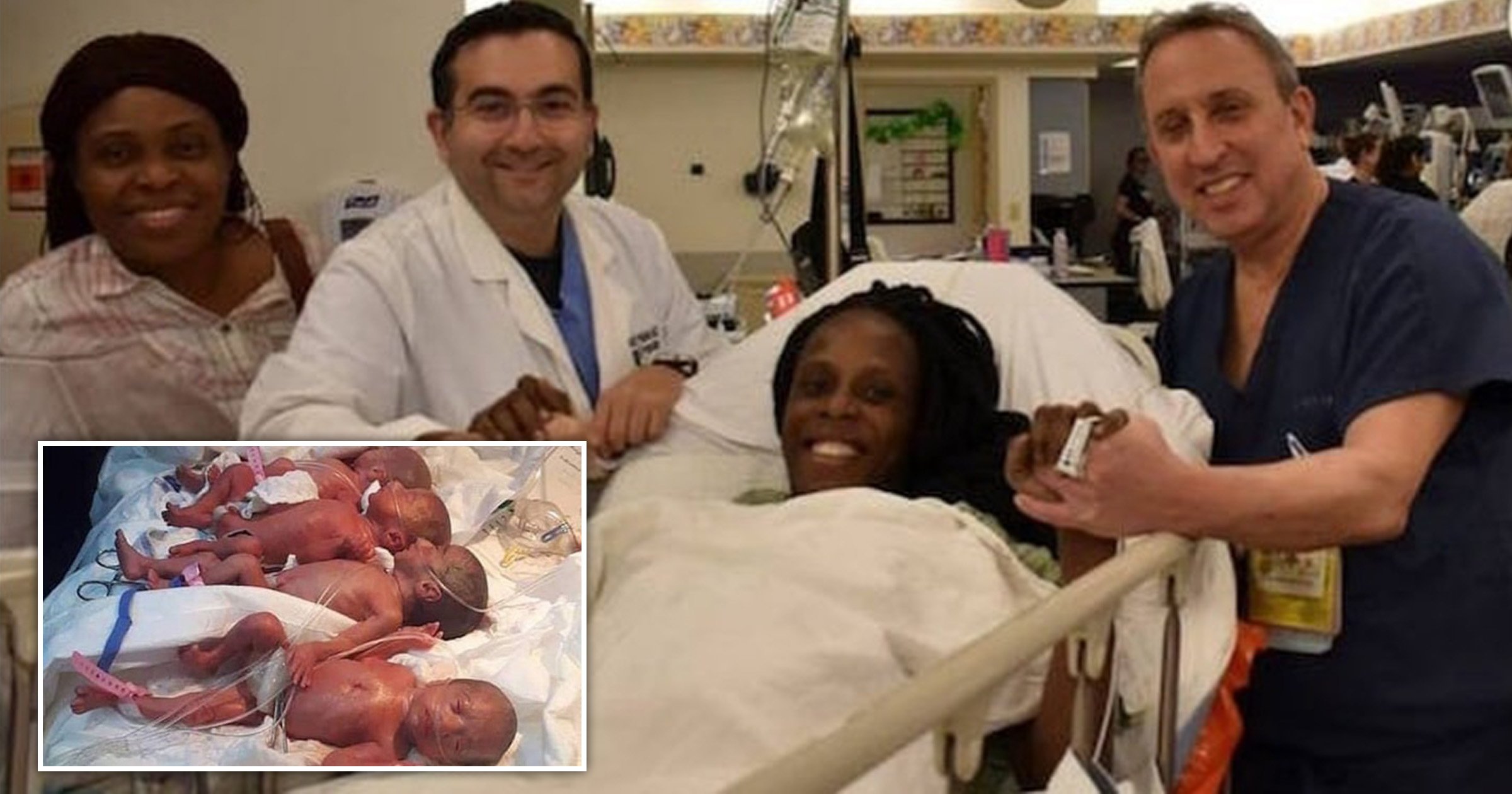 A Malian woman has given birth to nine babies in an extremely rare case of nonuplets.

Halima Cisse, 25, was initially told she was expecting seven babies but doctors missed two on her scans.

She had to be flown out of the poor West African state to Morocco to receive better care on March 30.

There had been reports that doctors were concerned for her health but her government said she, and her five girls and four boys, were all ‘doing well.’

Cases of women successfully carrying septuplets to term are rare – and nonuplets are even rarer.

Moroccan authorities have yet to confirm the case, with health ministry spokesman Rachid Koudhari saying he had no knowledge of such a multiple birth having taken place in one of the country’s hospitals.

But Mali’s health ministry said in a statement that Halima had given birth by Caesarean section.

‘The mother and babies are doing well so far,’ Mali’s Health Minister Fanta Siby said, adding that she had been kept informed by the Malian doctor who accompanied Halima to Morocco.

They are due to return home in several weeks’ time, she added.

Siby offered her congratulations to ‘the medical teams of Mali and Morocco, whose professionalism is at the origin of the happy outcome of this pregnancy’.