Home » World News » Woman, 60, leaps to her death with her dog from 46-storey luxury NYC apartment building in front of horrified onlookers

A 60-YEAR-OLD woman plunged to her death after jumping from the roof of a luxury New York City apartment block while clutching her dog as horrified onlookers watched on.

After finishing a meal on top of the 46-storey complex in Manhattan where she lived, she leapt with her rescue pooch just before 1pm on Friday – leaving them both dead, according to police. 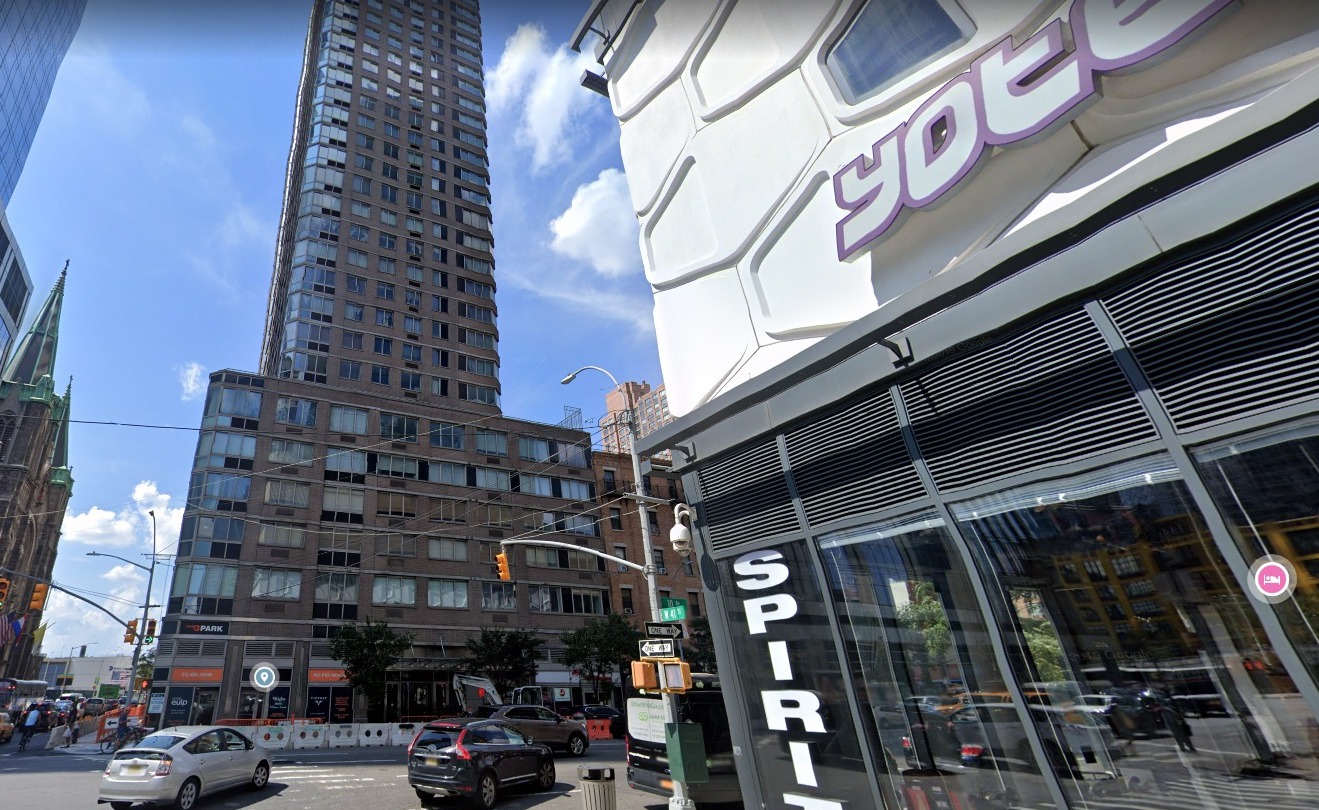 The unidentified woman left a note talking about stress before walking to the edge of the building- The Victory at 561 10th Ave. near 41st Street in Hell's Kitchen- and jumping, sources told the New York Post.

Cops said bottles of medication were also found in her apartment.

Dimitri Wallace, who lives in the neighborhood, said he was sitting atop a building across the street moments before she leapt when a paper airplane landed next to him.

He told the Post the words "you are blessed" were written on one of its wings, while the other read "stay strong, you'll get through this".

“It landed on my roof up here, like directly above. I was like ‘Oh ***, is somebody OK?" Mr Wallace said.

"I threw it off the roof. I wanted to just send it to whoever just passing along a positive message.”

"Yo, that’s crazy that somebody like threw this note and then this literally happened like right after."

It's not clear whether the paper airplane was thrown by the woman or not.

Both the woman and the dog were declared dead at the scene, police said, and the incident has shocked people in the area.

Construction worker Mike Olive, 37, told the Post: "Bro, she threw herself out with her dog! With a dog!

"It's unfortunate that somebody finds themselves in that situation.

"It's unfortunate. Hopefully, God has her in his hands."