WILLY Wonka superfan Nick Franklin has a scrumdiddly­umptious collection of the movie’s memorabilia — worth over £100,000.

And his prize possession is an original Wonka bar from the 1971 film, sold to him by Veruca Salt actress Julie Dawn Cole, 64. 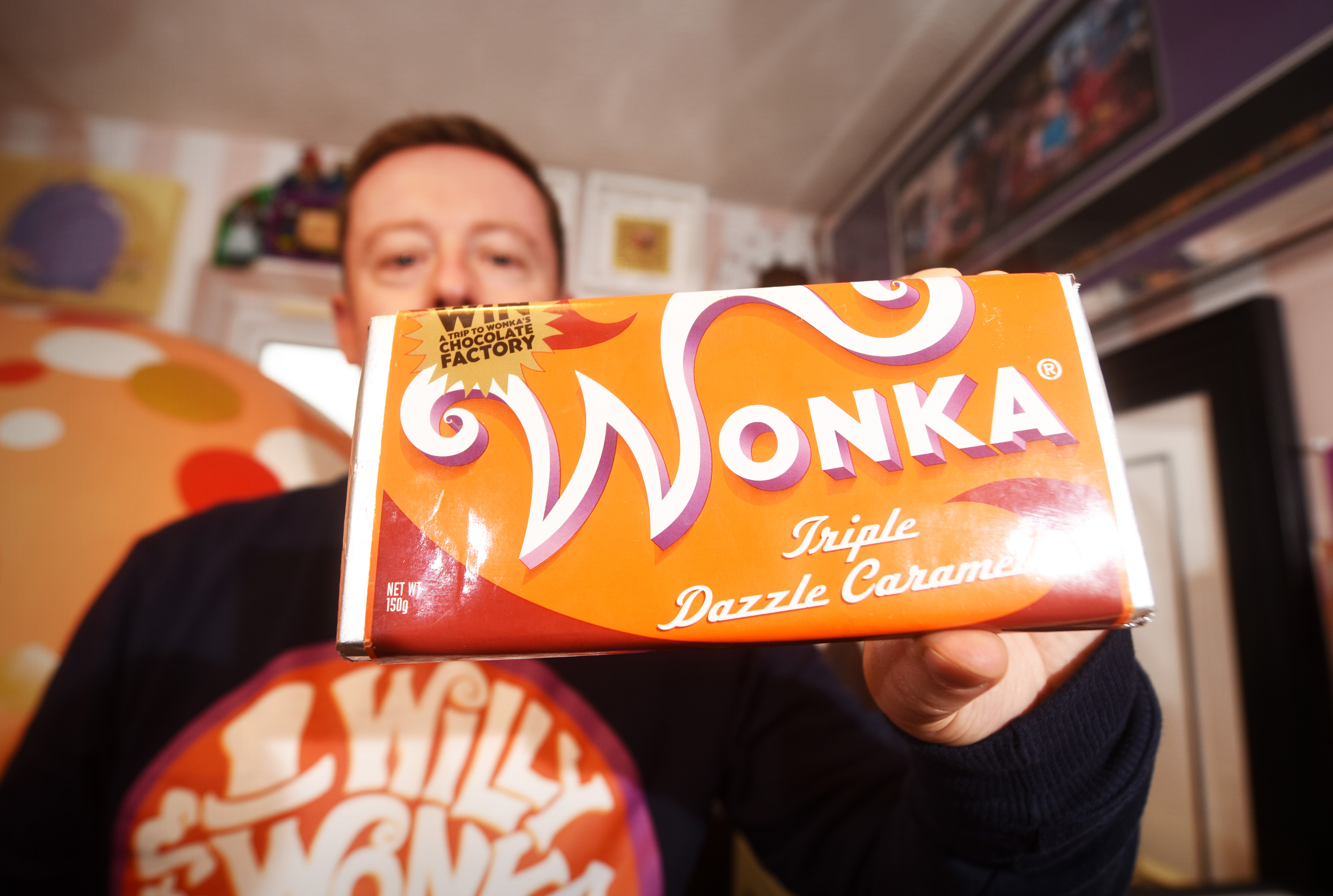 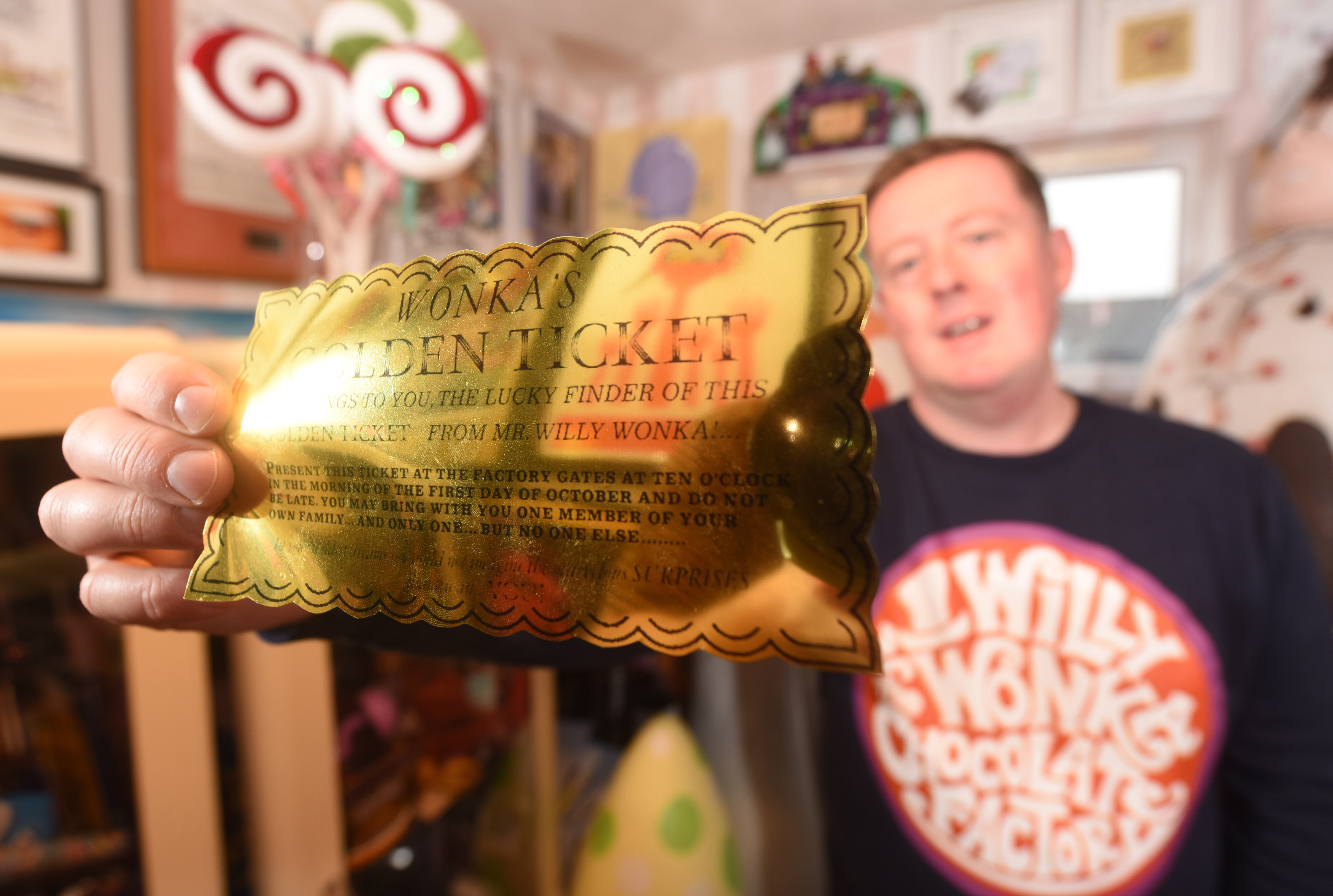 The 43-year-old started his collection in 2005, after the Johnny Depp remake.

But his obsession started as a child watching the original, starring Gene Wilder.

Now he has more than 850 items, including Depp’s glasses, Wilder’s edible flower teacup, an everlasting gobstopper and a golden ticket.

Nick, operations co-ordinator at Chester Zoo, said: “I keep them in the spare room of the house I share with my husband, Donny.

“He doesn’t mind as long as it’s all contained in one room. It’s known as the Wonka Wing.” 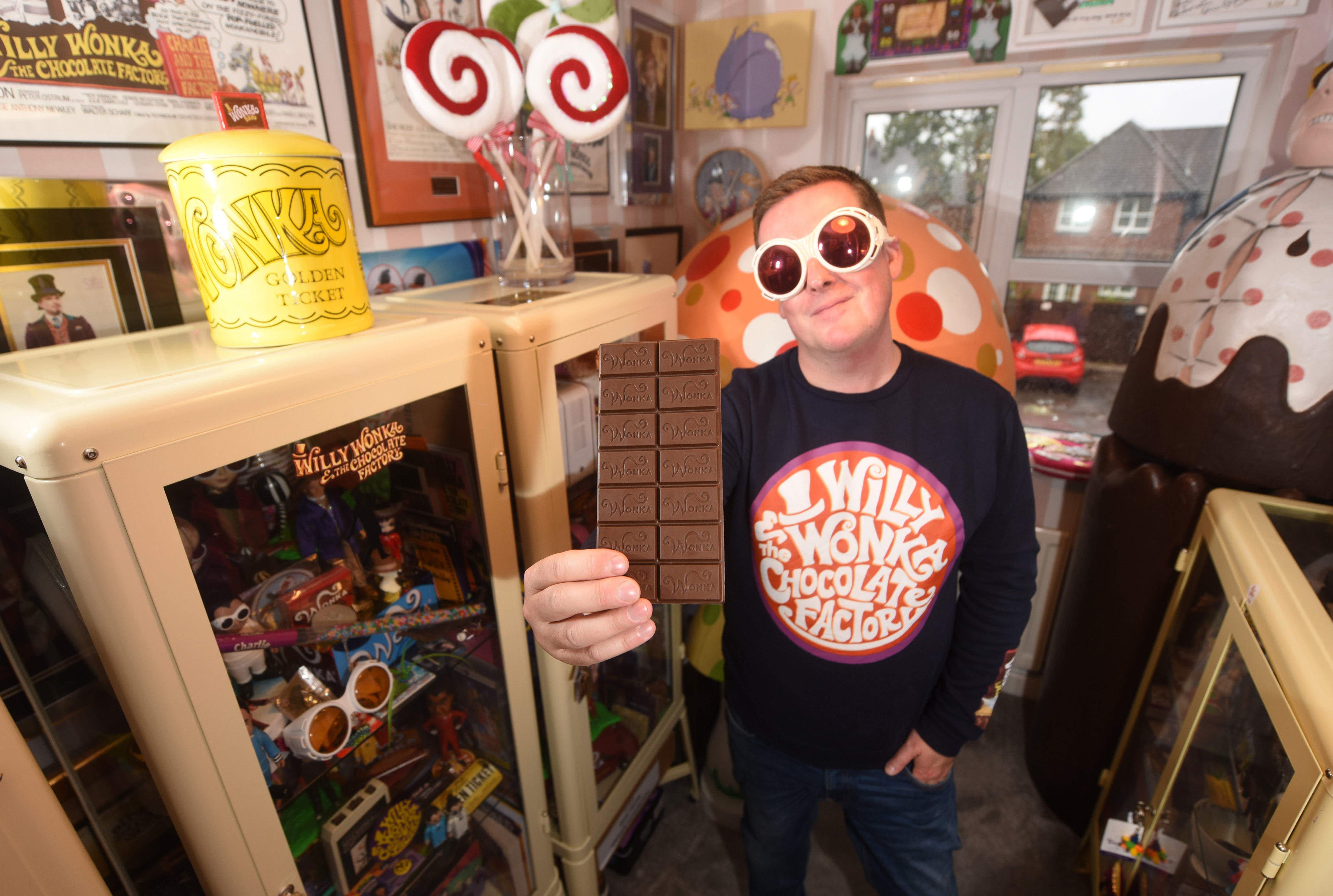 He says he bought the Wonka bar — his prize possession — after meeting Ms Cole at a 2014 convention.

Nick said: “Julie said she trusted it to me as I would treasure it. I don’t think there’s anything quite like Willy Wonka.” 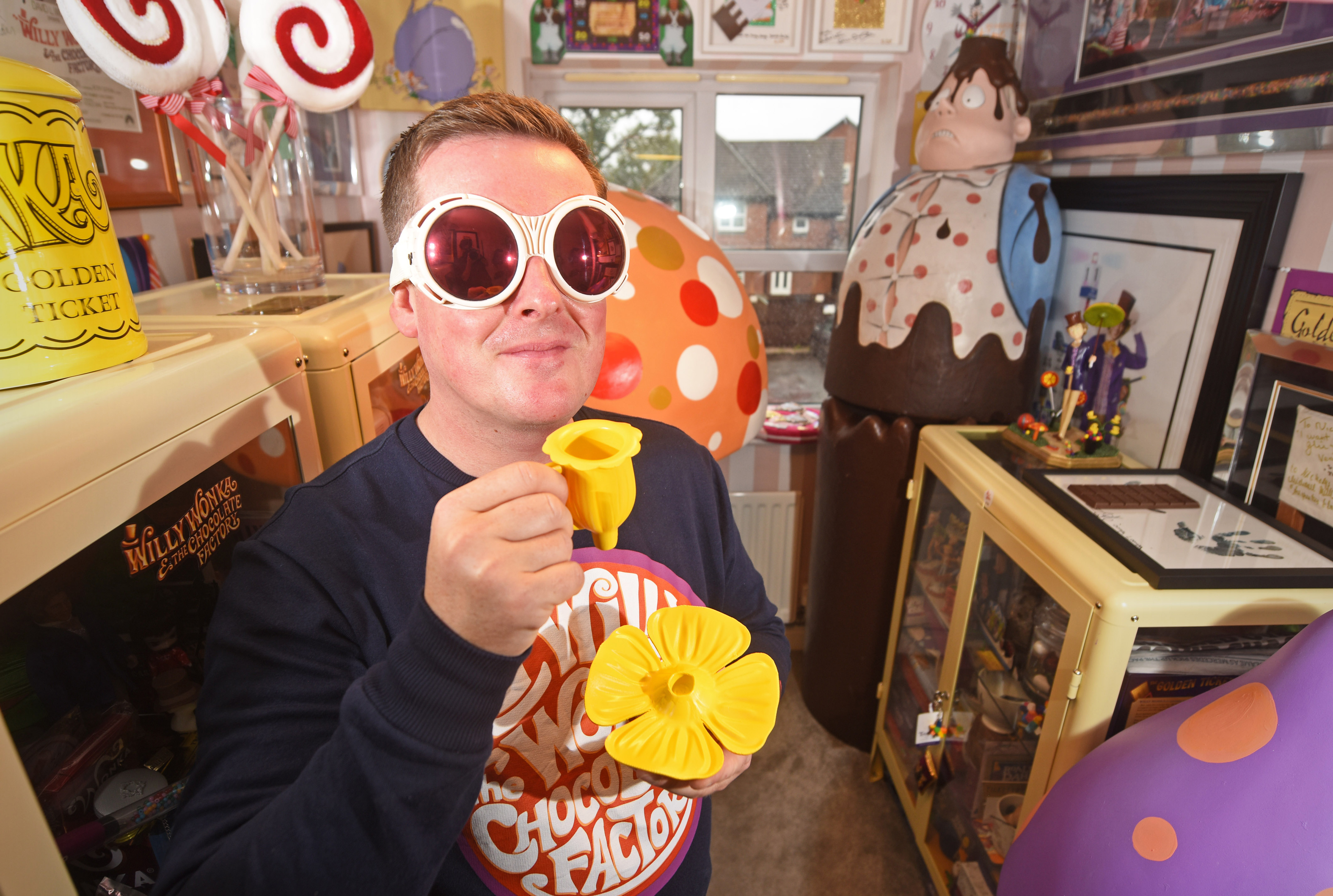