Her husband, Malcolm X, was assassinated in front of her in Harlem, New York, and her grandson – named after his famous relative – was convicted of Betty's manslaughter as a juvenile. 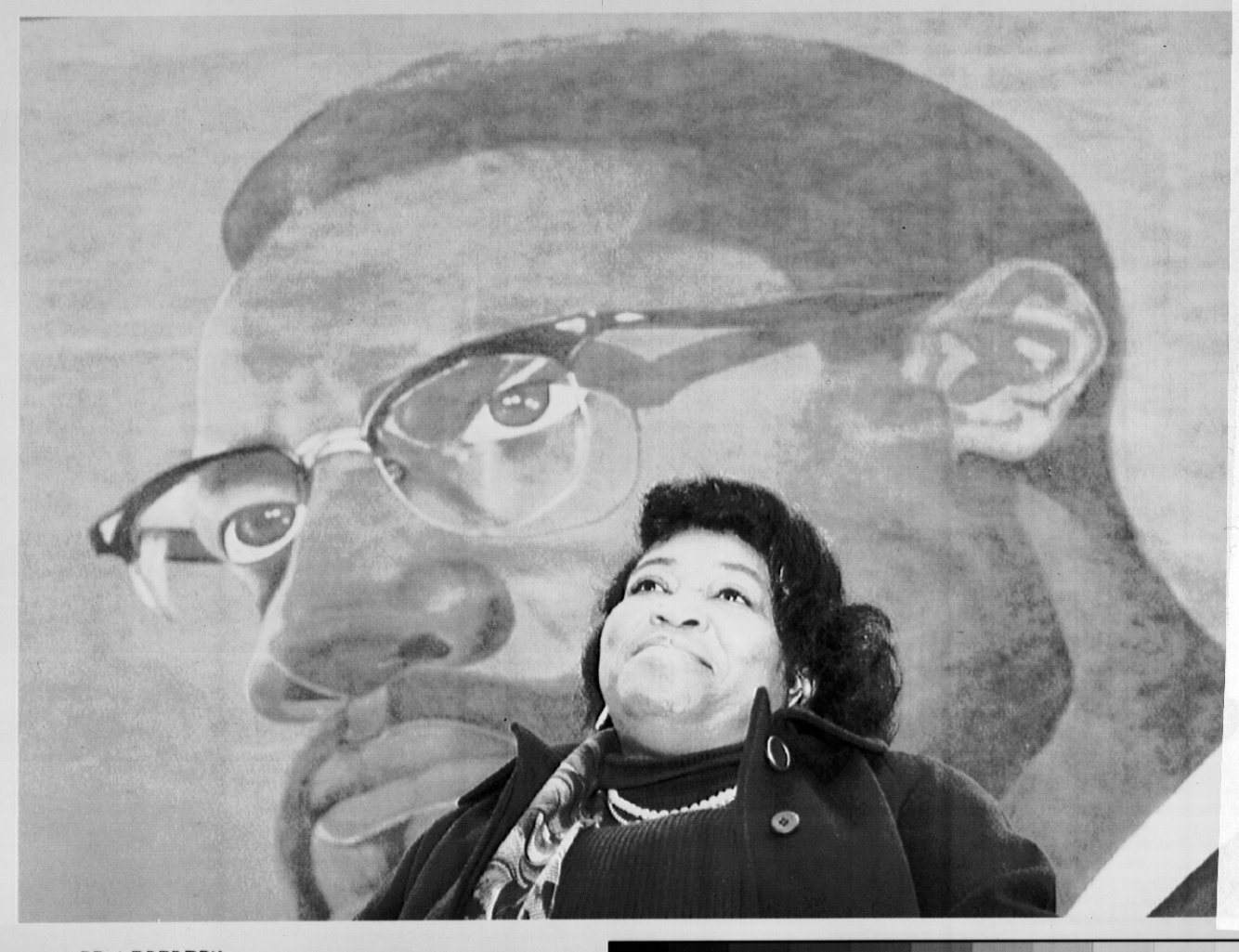 Malcolm X’s widow Betty Shabazz – a mother of six girls, including twins – was a college administrator in New York City.

She was born in Detroit in 1934 and raised by foster parents in the New York area, according to the Independent newspaper in the UK.

Betty met her future husband while studying at the Nation of Islam, a "puritanical black Muslim sect led by Elijah Mohammed", the paper adds.

She fell in love with the minister born Malcolm Little in Omaha, Nebraska, who now called himself Malcolm X. This was back in 1956.

Malcolm praised her for her 'intelligence' and for being a "good Muslim woman".

Due to strict protocols, a chaperone accompanied the couple on dates.

And Malcolm popped the question via a payphone at a Detroit petrol station when Betty was in New York.

After marrying in 1958, the couple and four of their daughters lived in East Elmhurst, New York.

It was while she was pregnant with their twin girls, Malaak and Malikah, that Malcolm X was gunned down in front of her and their four eldest daughters.

Their second eldest, Qubilah Shabazz was just four years old at the time.

In front of a packed Audubon Ballroom, in Harlem, a sawn-off shotgun was aimed at Malcolm’s chest – with the force of the blast lifting him backward off his feet and over a pair of wooden chairs, explains The New Yorker.

Months after his shocking assassination on February 21, 1965, Betty gave birth to her twins.

Trying to shield their kids from that violent day, she moved the family into the suburbs, where they attended good schools.

After successfully studying for a doctorate degree in education, Betty went on to work as an administrator at Medgar Evers College, in charge of civil rights.

The Independent's obituary says that she was "a devoted wife and exemplary mother, an assiduous and effective campaigner for civil rights.

"She tried to rebuild a normal life… tirelessly urging non-violence.

"First, last and always, however, through a life overshadowed and torn asunder by the feuds of radical black America, she was the wife of Malcolm X." 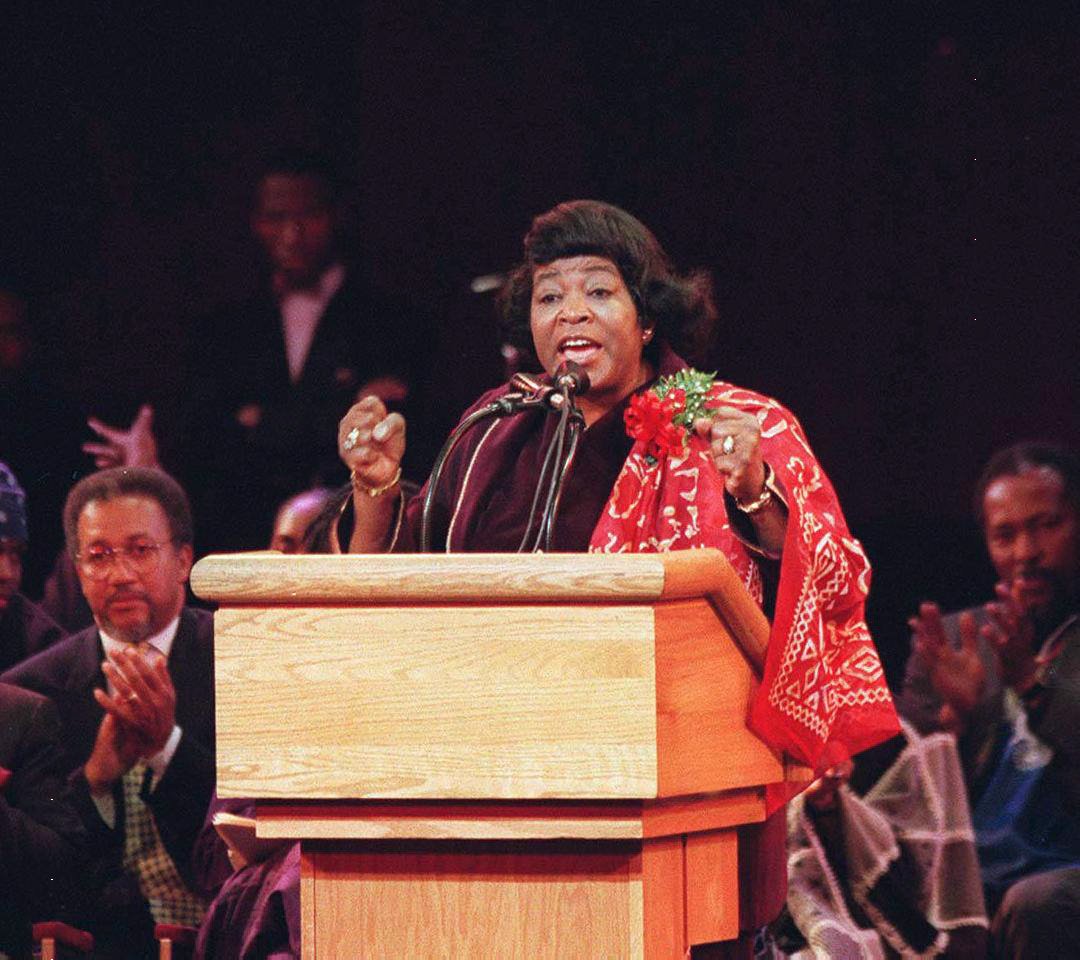 How did Betty Shabazz die?

Tragedy struck Betty again in 1997 – but this time it cost the devoted mother her life.

Her grandson, Malcolm Shabazz, was 12 when he was involved in a fire that resulted in the death of his grandmother.

The Independent explains that he was fuming after being sent to temporarily live with her, after his mother, Qubilah, became concerned that he was becoming entrenched in a violent Texan gang.

His grandma was taken in critical condition to Jacobi Hospital in the Bronx with third-degree burns over 80 percent of her body. She also suffered burns to the lining of her lungs.

But she died from her extensive burns in June 1997.

Her grandson was convicted of manslaughter and arson and went to juvenile detention, before being killed in Mexico in 2013.

Malikah Shabazz, 56, was found dead in her apartment in Brooklyn on November 21, 2021, according to police.

Malikah was the youngest daughter of Malcolm X and one of the twins Betty Shabazz was pregnant with at the time of her husband's assassination.

The investigation into Malikah's death is ongoing but police say she appears to have died from natural causes.

In 2019, Malikah requested the case against the two men convicted of assassinating her father in 1965 be re-opened, prompting a two-year investigation.

Her death comes just days after Kalil Islam and Muhammad Aziz were exonerated.