Home » World News » Where are Britons booking holidays this summer and next year?

The 2022 holiday ‘blow out’: Britons going on staycations this summer plan luxury trips abroad next year as travel firms report surge in bookings for far-flung destinations including Kenya, Australia and even ANTARCTICA

Britons are pushing back foreign holiday plans for a long-haul ‘blow out’ in 2022 as they go on staycations this year instead – with UK accommodation already 85 per cent full for this summer, travel experts revealed today.

Others are focusing on this Christmas and New Year for a multi-generational big family holiday abroad – with Kenya, Rwanda, South Africa, the Caribbean and even Antarctica proving popular destinations for UK tourists.

Extravagant holidays to Kenya and the Caribbean are also getting booked up for next summer along with Australia, with luxury cruise lines also said to be having a ‘bumper booking period’ for 2022 at the moment.

But while people remain nervous about travelling abroad due to the ongoing pandemic, UK holiday bookings are ‘very strong’ for this summer – especially in Devon, Cornwall, Cotswolds, the Lake District and Northumbria.

There has also been a package holidays revival as Abta found tourists are now nearly a third more likely to book all-inclusive breaks than before the pandemic, primarily for better protection in case something goes wrong.

Paul Charles, chief executive of the travel consultancy PC Agency, told MailOnline: ‘Britain is already 85 per cent full in terms of accommodation this summer. It’s hard to find really good places left in the UK to be honest.

‘There are a lot of people booking long-haul in December this year, they’re confident. From the Caribbean, to Kenya, Rwanda, South Africa. There are even people booking luxury accommodation in Antarctica.

‘People are wanting to get out to the middle of nowhere. There are people booking multi-generational big family holidays over the Christmas and New Year period in Antarctica because they think that’s a safe place to be.’

Mr Charles added: ‘There are a lot of bookings for 2022 already. So 2022 will undoubtedly be the comeback year for travel, because the majority of people are very confident by then that we will be in a better place.’

David Child from Thomas Cook also reported that the firm was ‘seeing groups of couples and friends and large family groups booking blow out trips for 2022’, with four and five-star all-inclusive hotels proving popular.

Under Boris Johnson’s post-lockdown roadmap, May 17 is the earliest possible time for foreign holidays to take place – but the third wave of the virus across Europe makes it increasingly likely that trips could be delayed.

A Government taskforce will give its view on April 12 whether foreign holidays will be safe this summer. Malta yesterday became the latest country to say it will allow in UK tourists who have had both jabs from June 1.

This will heap pressure on the Prime Minister to sanction foreign holidays after Turkey, Greece, Cyprus and Portugal also said they would open their borders to Britons – and Spain is set to follow suit in the coming weeks.

Here, MailOnline looks at the top places for staycations this summer – and luxury foreign holidays next year:

Five foreign destinations proving popular for this winter or next summer 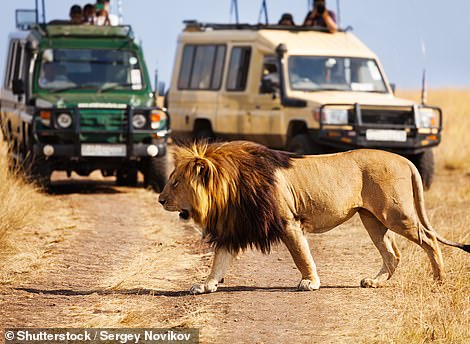 Kenya is a popular destination for Britons – with about 100,000 of its 1.3million annual visitors from the UK.

And it looks like safari tours are drawing people back later this year and next summer. Among the options for package holidays is a ‘taste of Kenya’ tour with Kuoni.

This sees tourists travel to the Eastern Rift Valley’s lakes to see birds and rhino herbs, and the Massai Mara to watch the Big Five. It is available for £2,149 per person with flights from Heathrow to Nairobi in late 2021.

British tourists visit South Africa for a variety of reasons, such as a safari in the Kruger National Park from Johannesburg, a cultural trip to Cape Town or travelling on the wine routes in the Cape Province.

Riviera Travel is offering a 16-day tour for £2,850 per person in late 2021, which includes a Kruger guided safari, tour of the Zulu War battlefields, a stay at the Western Cape’s Winelands and a visit to the Blyde River canyon, along with a drive through Swaziland. 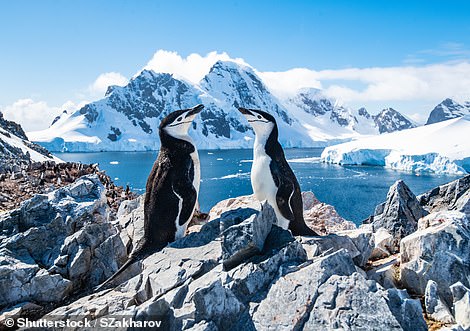 For an unusual adventure this winter some British tourists are looking at Antarctica, where the most exclusive trip with luxury firm White Desert costs an eye-watering $96,000 per person for eight days.

Daily activities on the once-in-a-lifetime tour – during which you are transported by private jet – include trips to ice tunnels, climbing a mountain, abseiling, ice climbing and visiting the geographic South Pole as well as a site where 6,000 penguins and their chicks live. 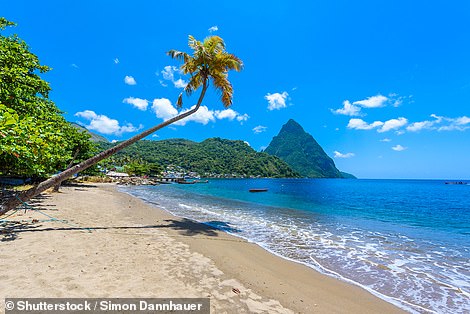 The Caribbean offers a huge range of holidays, from scuba diving in Trinidad and Tobago to relaxing on the sand in Antigua, known as the ‘Land of 365 Beaches’.

One example of a trip with Tui is an all-inclusive week at the five-star Riu Palace Tropical Bay in Jamaica next summer with return flights for £1,045 per person.

Another option is an all-inclusive week at the five-star Rendezvous in St Lucia next May for £1,400 per person. 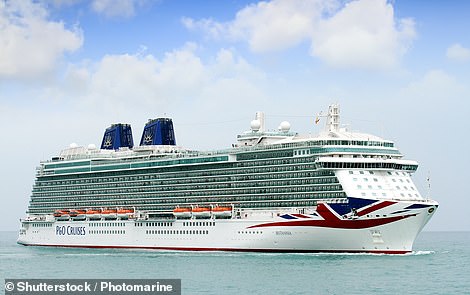 The cruise industry has been devastated over the past year but bookings have surged for trips in 2022 on the ships, which are popular among older holidaymakers.

Saga, which specialises in holidays for the over-50s, has already said that passengers on its cruises must be fully vaccinated. Virgin Voyages and Royal Caribbean have said all passengers and crew will need to have the jab.

P&O cruises also said unvaccinated tourists will be banned. Among the options for next summer are a Celebrity Cruises ten-night tour of Italy, Croatia and Montenegro from £1,200 per person in June 2022.

Five staycation destinations in Britain proving popular for this summer 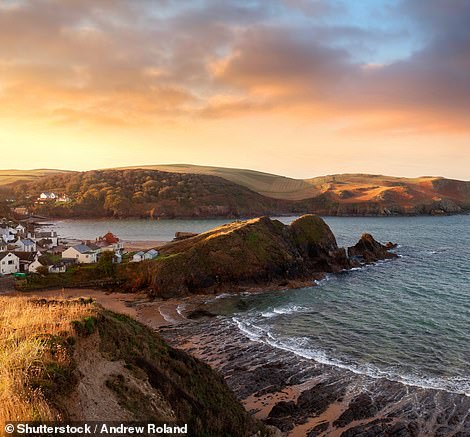 Cornwall will once again be hugely popular with Britons hoping for a sunny staycation this summer, with Padstow and St Ives set to be busy again.

Malcolm Bell, chief executive of Visit Cornwall, said that forward bookings were ‘very strong’, but pointed out April and May were good options to find a place.

He told MailOnline: ‘There is accommodation in April and May because a lot of people are plumping for June and July in case there’s a slippage in the timetable.’

Mr Bell said that lots of accommodation is not being advertised on the likes of Booking.com because there is so much demand that owners think they can sell weeks at their property without paying commission charges.

He also recommended people looked at the likes of Penzance, Bude and the Roseland or Lizard peninsula. 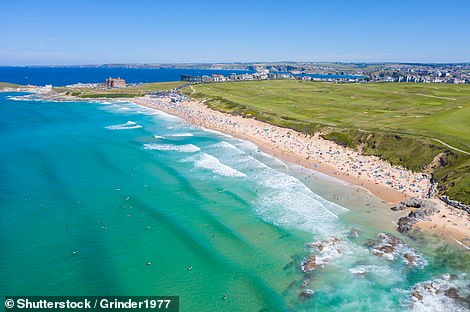 Devon is hugely popular with those looking for a countryside and coastal combination holiday, especially along the Jurassic Coast, while others go for the rough landscapes of Exmoor and Dartmoor.

Some like to sit on beaches along the English Riverira, while watersports are also popular in the county.

One other option is that cruise liners anchored off the Devon coast could become ‘pop-up’ hotels after the suggestion was made by Torbay Council this week.

Ahead of the influx, Devon and Cornwall Police said this week it was putting in place plans to deal with a ‘busy summer’ amid the uncertainty over foreign travel. 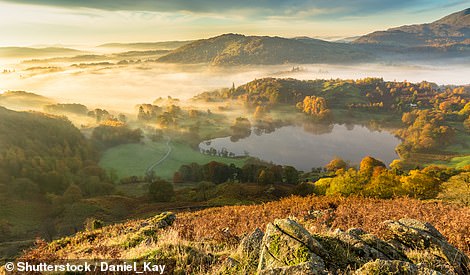 Tourism is normally worth £3billion to the economy in Cumbria, and Britons will be flocking to the Lake District for their holidays once again this summer.

The county features more than 100 miles of rugged coastline as well as castles, lakes and mountains – with adventurers heading there for its famous offerings of watersports, hiking and climbing.

However locals will be hoping to avoid a repeat of last summer which saw an rise in anti-social behaviour, wild campers and country lanes blocked by parked cars. 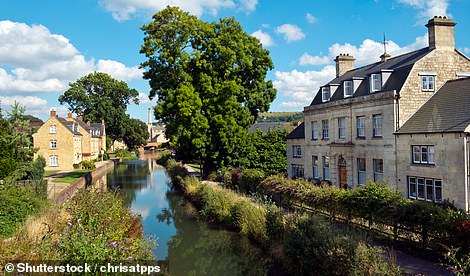 The Cotswolds covers an area of almost 800 square miles across five counties of Gloucestershire, Wiltshire, Oxfordshire, Warwickshire and Worcestershire.

Often popular with those looking for a quiet getaway, it features picture postcard villages, castles and country houses along with a major arts and culture scene. It is also famous for gastro pubs and upmarket restaurants.

Popular spots include market towns such as Stroud and Tewkesbury, while others opt for quintessentially English villages including Snowshill and Painswick. 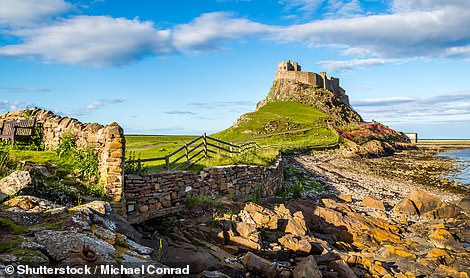 Northumberland was once the northernmost frontier of the Roman Empire, and is home to part of the famous Hadrian’s Wall which stretches for 73 miles.

The county is popular with wildlife lovers and birdwatchers, with the Farne Islands just off the coast featuring 23 varieties of birds including puffins.

Visitors aiming for a summer staycation there may also be hoping to see a castle, with Northumberland home to more of them than any other county in England – including Bamburgh Castle and Alnwick Castle.