Home » World News » When did World War I end and where was the Armistice Agreement signed?

TODAY, November 11, millions of Brits will commemorate the end of of World War I for Armistice day. 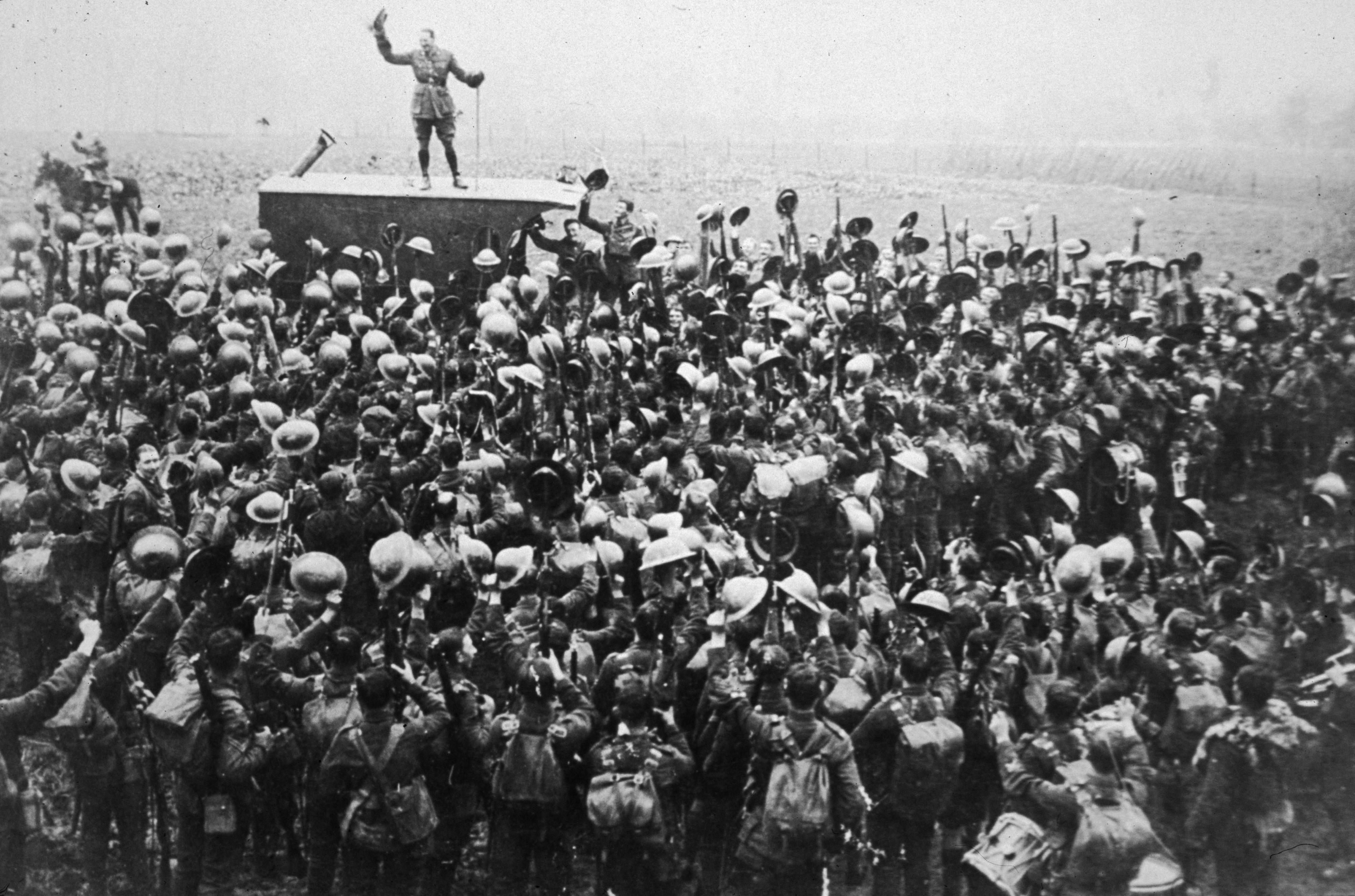 When did World War I end?

World War 1 ended on November 11, 1918, when the armistice was signed by Germany and the Allies at Compiègne, France.

The agreement marked a WW1 victory for the Allies and a complete defeat for Germany, although not formally a surrender.

By the time World War I was over, more than 18 million people had been killed worldwide.

The actual terms of the deal, largely written by the Allied Supreme Commander Marshal Ferdinand Foch, included the cessation of hostilities, the withdrawal of German forces to behind the Rhine, Allied occupation of the Rhineland and bridgeheads further east, the preservation of infrastructure, the surrender of aircraft, warships, and military material, the release of Allied prisoners of war and interned civilians, and eventual reparations.

No release of German prisoners and no relaxation of the naval blockade of Germany was agreed to.

Although the armistice ended the fighting, it needed to be prolonged three times until the Treaty of Versailles, which was signed on June 28, 1919, and took effect on January 10, 1920.

Where is Armistice Day observed?

In some countries Armistice Day, coincides with Remembrance Day (or Poppy Day) and Veterans Day, and other public holidays.

Armistice Day is not celebrated in Germany, but since 1952, a German national day of mourning, Volkstrauertag, has been observed on the Sunday closest to November 16.

How is Armistice Day observed in the UK?

Armistice Day is also referred to as Remembrance Day – which can be confusing.

Armistice Day is always on November 11 and was initially used to pay respects to the fallen.

Yet, Remembrance Day was adopted during World War 2 by many nations as a way to pay tribute to those from both conflicts.

Remembrance Sunday is always on the second Sunday in November, but the date will change yearly – this year it's on November 14, 2021.

Remembrance Day and Remembrance Sunday last happened on the same day back in 2018, and will share the same date once again in 2029.

A two-minute silence is often acknowledged at schools, offices and churches around the country on both days.

A National Service of Remembrance is held at The Cenotaph in Whitehall in London every year on the Sunday, however, in 2020, the annual Remembrance Sunday march past the Cenotaph did not take place due to coronavirus.

Members of the Royal Family and the Government usually attend the service alongside representatives from the Armed Forces and the public.

A two-minute silence is held at 11am before a number of wreaths are laid down.

Veterans also take part in a march past The Cenotaph.

Why do we hold a two minute silence on Armistice Day?

The first two minute silence in Britain was held on November 11, 1919, when King George V asked the public to observe a silence at 11am.

This was one year after the end of World War One.

He made the request so "the thoughts of everyone may be concentrated on reverent remembrance of the glorious dead".

Why do we wear poppies in November?

In the days leading up to November 11, people across the country will be seen wearing a poppy as a symbol of remembrance for those who have given their lives in war.

Millions of poppies are handed out across the UK by tens of thousands of volunteers.

Poppies are used to remember those who have given their lives in battle because they are the flowers which grew on the battlefields after World War One ended.

Ever since then, they have come to be a symbol of remembering not just those who gave their lives in World War One, but all those who have died on behalf of their country.

The significance of the poppies is described in the famous World War One poem In Flanders Fields.

In Flanders Fields by John McCrae

In Flanders fields the poppies blow
Between the crosses, row on row,
That mark our place; and in the sky
The larks, still bravely singing, fly
Scarce heard amid the guns below.

We are the Dead. Short days ago
We lived, felt dawn, saw sunset glow,
Loved and were loved, and now we lie,
In Flanders fields.

Take up our quarrel with the foe:
To you from failing hands we throw
The torch; be yours to hold it high.
If ye break faith with us who die
We shall not sleep, though poppies grow
In Flanders fields.

Where did the tradition of wearing poppies start?

Every year, volunteers make poppies available throughout the country and people make a donation in order to get theirs.

The money raised from these donations is used to help servicemen and women who are still alive whose lives have been changed by wars that they fought in.

The tradition of wearing poppies started in 1921.

This was the year that the Royal British Legion was founded on May 15.

The first poppies were made of silk, not paper, and the first batch sold out straight away, raising more than £106,000.

In 1922, a factory was set up where disabled former soldiers were employed to make them. 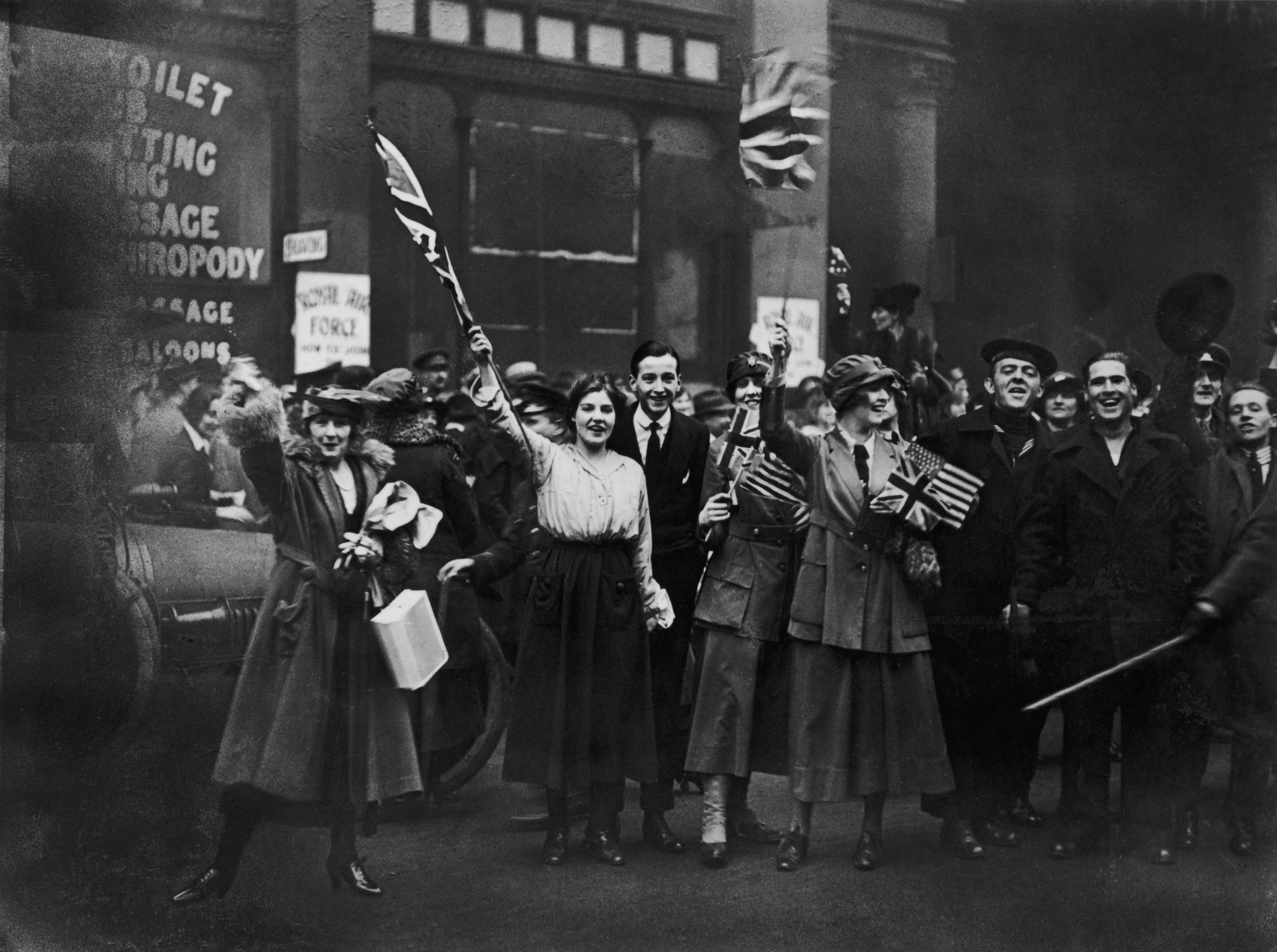