A FAMILY forced to live in a damp flat six years say the kids are ill and they keep having to replace mouldy furniture.

Anthony Evans and wife Elizabeth have four kids suffering respiratory issues believed to be caused by the grotty condition of their Priesthill home in Glasgow. 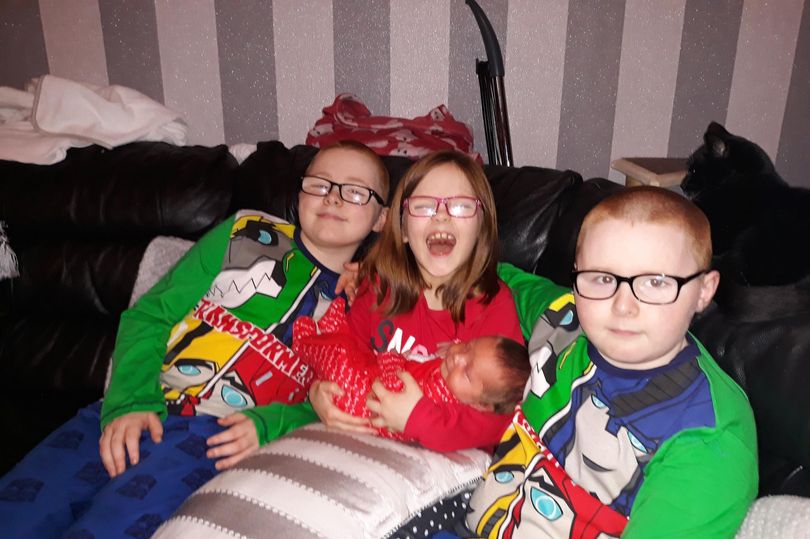 The family moved into their in 2014 and discovered mould festering in a pool of water spreading from the wall two years later in their twin sons' bedroom.

It's got so bad their only daughter Toni had to be rushed to hospital with breathing difficulties where she was diagnosed with asthma.

Anthony, a cleaning supervisor, says his four-year-old Alfie always has a runny nose and his 15-year-old twin brothers Andrew and Mikey "constantly" cough.

The couple sleep in the lounge of their so their sons can share a bedroom. The worst hit bedroom has been shut off.

Anthony says his family have been good tenants and have never missed a rent payment since moving in eight years ago.

SICK TO YOUR STOMACH

Unusual symptom of Omicron could be linked to using the toilet

A spokesperson told The Sun plans they were aware of concerns and will assess what support can be provided.

But Anthony says he has spent thousands of refurbishing walls and replacing furniture, and is terrified of the health complications his children face.

Sanctuary has been a nightmare to deal with, the dad-of-four claims, and says constant cries for help have been ignored.

He told the Daily Record: "Our clothes feel wet to the touch and our house always smells. It feels colder in here than it does outside.

"I've tried reasoning and arguing about it. I'm at my wit's end. We don't care if we are given another three-bed, we are used to that. We just need a house that's not damp.

"We want them to admit they’re in the wrong. They’re an absolute joke. It's like banging your head off a brick wall. We keep getting palmed off."

Photos show drenched walls and blackened furniture that Anthony has to keep forking out cash to replace.

He was devastated to bin his daughter's wooden cabinet bed that he'd paid £1500 for after just six months and ditched four dining sets which cost him £4500.

Anthony explained a repairman visited the home in December and alleged the worker said "your walls are soaking and we can't fix this".

He said: "They said they would be back but we haven't heard from them since."

Anthony says others have come and gone at least 10 times over the years.

"They would put their hands into the wall for less than five minutes and say the issue was condensation. They told me to do this and that, open windows, open vents, keep furniture away from the walls. But they wouldn’t say it was rising damp and just sort the problem," he said.

A spokesperson for Sanctuary Scotland told The Sun work is planned to help the family.

They said: “We have visited this property on a number of occasions in the past 12 months and carried out work including mould treatments.

"We have also employed a specialist external contractor to carry out an inspection which did not identify any underlying rising damp issues.

“We are committed to offering the family support and advice and will arrange for a further inspection to be carried out as soon as possible to investigate what options are available to improve the heating and ventilation in their home.”