We SHOULDN’T put shoplifters in jail – and victims should pay for thieves’ rehab, says police chief

Persistent shoplifters should be spared jail and instead retailers could pay for their rehabilitation, a police chief has said.

Donna Jones, an elected crime commissioner, believes short jail sentences for low–level criminals with drug addictions do not work and prison should be reserved for more serious violent and sex offenders.

But her suggestion that shop owners should pay to help those who steal from them enraged the British Retail Consortium.

It dismissed the proposal as ‘irresponsible’ saying it was ‘little different to suggesting that households who are burgled should pay for the rehabilitation of the burglars’. 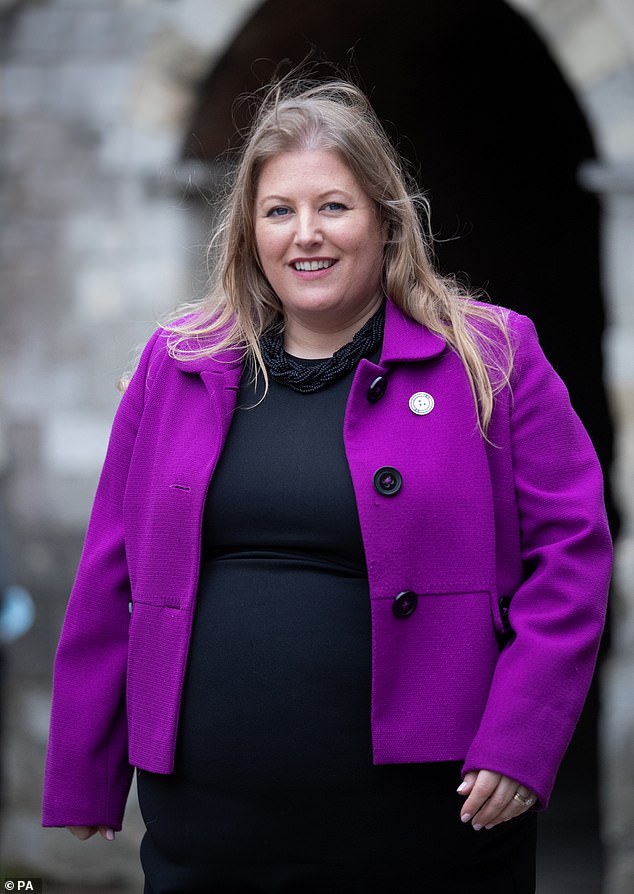 Donna Jones, an elected crime commissioner, believes short jail sentences for low–level criminals with drug addictions do not work and prison should be reserved for more serious violent and sex offenders

Miss Jones, who at 27 was the youngest ever magistrate in England and Wales, said: ‘I think that we need a review of the way that sentencing in this country is done…

‘Often for shoplifting, even if you are a prolific offender with 200 shoplifting offences, the chances are you might get six months and, therefore, you might do 12 weeks.

‘Then you’re out and actually is that really going break your addiction, or you’re more likely to take drugs when you’re in prison anyway, and then come out and just be carrying on the way that you were before?

‘Are we just incarcerating people? Are we actually stopping them from reoffending?’

Miss Jones, a spokesman for victims and serious crime for the Association of Police and Crime Commissioners, said there must be a ‘better way’ to cut reoffending and make the country safer. One consequence would be to free up ‘more prison spaces to lock up people that are really violent and dangerous for longer’.

The Hampshire Police and Crime Commissioner, who was elected as a Conservative, hailed a scheme in Birmingham to pay for intensive residential drug rehabilitation for career criminals as a ‘beacon’.

Two heroin and crack addicts turned their lives around after being selected by police for the Co-op funded rehab programme. They had committed 200 known offences.

Miss Jones said: ‘They would literally walk in the morning and take £200 worth of the goods. Then they would be back in again in the afternoon when they needed another hit. And this just carried on.

‘And so they [the Co-op] decided to work with the police and with probation service and identify the individuals… and they paid for them to go through residential drug rehab.’

She suggested retailers should work with police and police commissioners to find new solutions rather than calling 999 as officers often do not have the resources to attend.

She told shop owners: ‘Where you know you’ve got a problem, you can bet your bottom dollar the local policeman also know those people with problems.’

Miss Jones added that she did not envisage making it mandatory for retailers to contribute.

Tom Ironside, of the British Retail Consortium, pointed out that shoplifters often attack staff when challenged. He said: ‘It is irresponsible to suggest that shoplifting should not be treated seriously.’

He added: ‘The law enforcement response is already poor, with only 6 per cent of the daily 455 incidents of violence and abuse taken to court.’