Surveillance video shows the moment California dad-of-four, 40, drives on sidewalk toward people outside a bar he was kicked out of before being pulled from his pickup truck and beaten to death

Surveillance footage captured the moment a California man drove his pickup truck onto the sidewalk towards people outside the bar he was kicked out from before being dragged out of his vehicle and beaten to death.

Melguin Lopez Santos, 40, a father-of-four construction worker from Los Angeles, can be seen driving his white pickup truck with a utility bed onto the sidewalk outside Rock It Sports Lounge & Grill in Hawthorne.

At least seven people are seen on the sidewalk dodging the truck Saturday around 12:05 am.

The vehicle is seen hitting a tree before authorities say a group of men surrounded the truck and began trying to pull Lopez Santos from the pickup.

He continued driving a few more feet before crashing into Mel & Leo’s Liquor Store before being dragged from his vehicle as a fight broke out, KTLA reported. 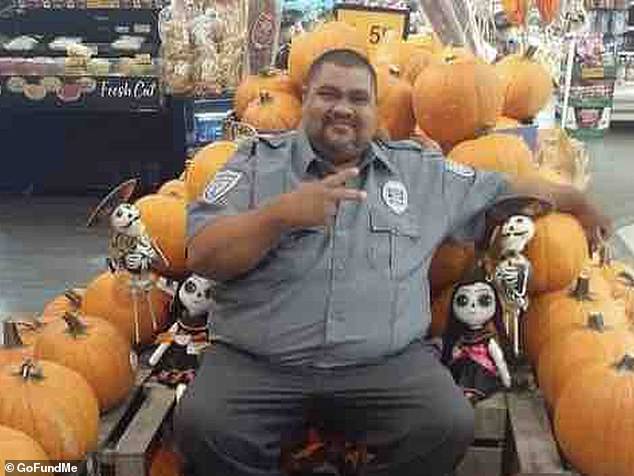 Melguin Lopez Santos, 40, was allegedly beaten to death by a crowd outside a bar in Hawthorne, California, Saturday 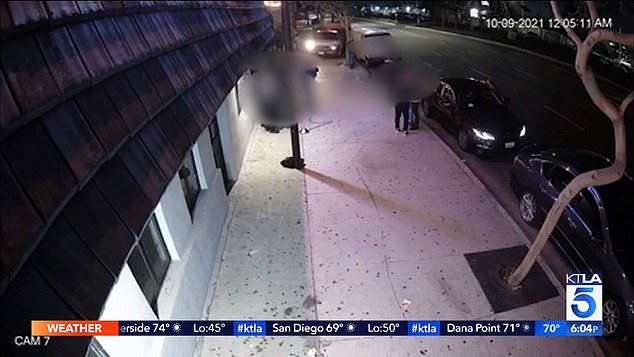 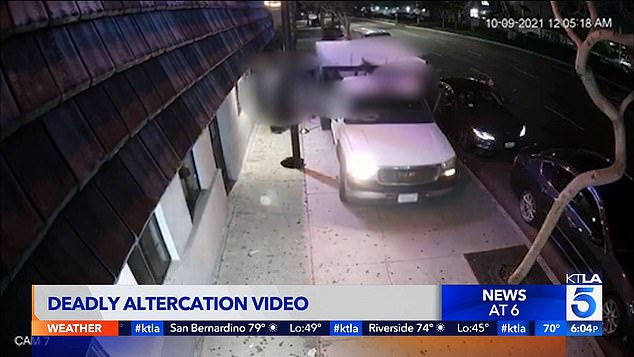 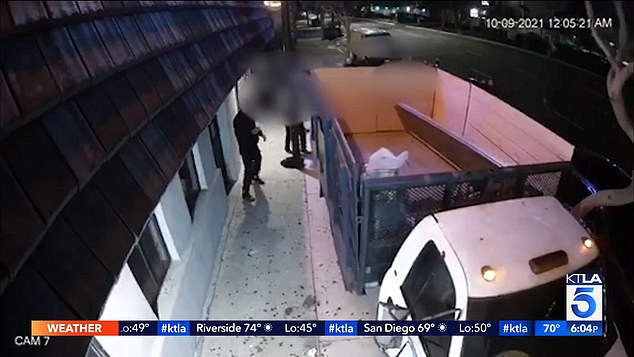 Lopez Santos was dragged from his vehicle and beaten to death by several people outside the bar. Police have interviewed four suspects but are awaiting the results of his autopsy

Although the violent confrontation was captured on surveillance video, the footage was grainy and the fight occurred behind the truck, partially out of view, Lt. Hugo Reynaga of the Los Angeles County Sheriff´s Department explained.

‘You could see there was a fight going on, but you couldn´t tell who was doing what,’ he said.

Law enforcement officials said they have identified four male suspects, but no arrests have been made. Most of the people involved in the fight were interviewed by detectives and then released, pending autopsy results.

Cops are now investigating whether Lopez Santos suffered a medical condition, which may have contributed to his death, and haven’t said whether he was drunk at the time of the incident.

The man’s wife tearfully begged anyone with information about the altercation to come forward.

Flanked by her children, Perez appealed to the public to come forward. 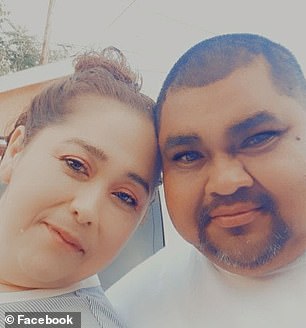 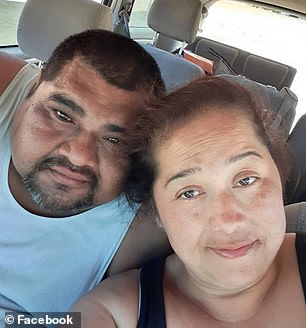 Lopez Santos lived in Los Angeles and worked construction. He is survived by his wife Monica Perez and their four children 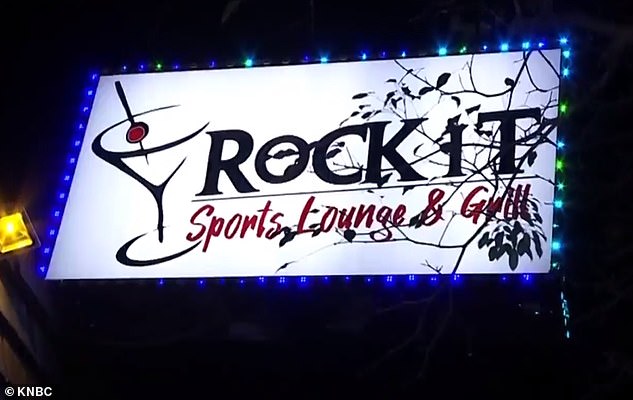 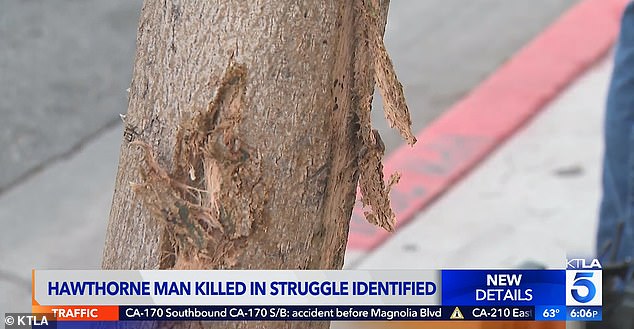 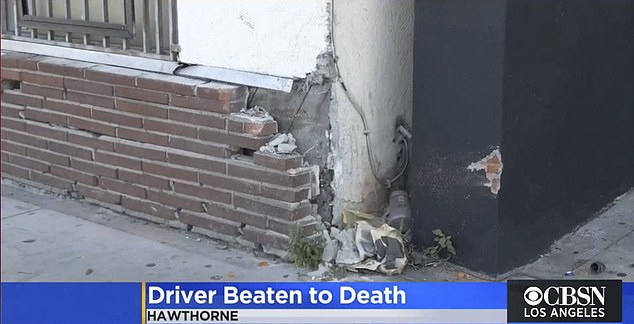 This photo shows the damage to the corner of Mel & Leo’s Liquor Store after Lopez Santos crashed his truck into it, before being dragged out and beaten 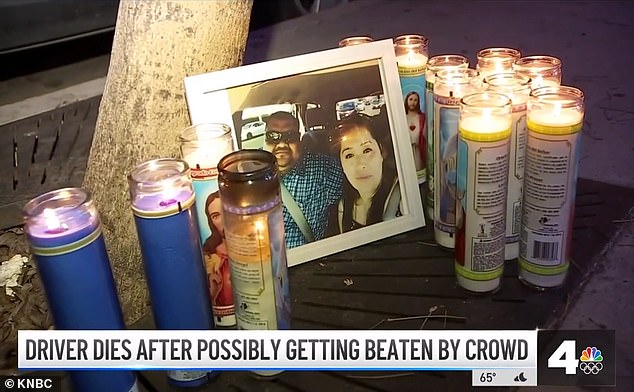 Lopez Santos was apparently ejected from Rock It Sports Lounge & Grill in Hawthorne around midnight Saturday and got into an argument with someone while walking to his truck, Reynaga said.

Lopez Santos then drove the truck onto the sidewalk, nearly hitting a group of bar patrons before it struck a tree, the video shows.

As the patrons attempted to take the man out of the driver’s seat, Lopez Santos accelerated again and hit the corner of a nearby building.

The group of bargoers then pulled him out of the truck and continued fighting with him as Hawthorne police arrived, sheriff’s Deputy Grace Medrano said.

Perez launched a GoFundMe campaign, seeking financial help for her and their four children: a son and three daughters.

‘Melguin Was an Amazing Father To My Kids and His life Did not deserve to be taken so Soon,’ she wrote in the description.

The damage to the building from Lopez Santos’ crash was still visible on Monday as a small memorial with about a dozen candles, flowers, balloons, and a photo of Lopez Santos with his wife had been collected.