AN amber alert for WILDFIRES has been issued by police for Devon and Cornwall as temperatures reach sizzling highs.

The mercury is set to rise to the high-20s with Cardiff peaking at 30C on another day of a UK-wide heatwave. 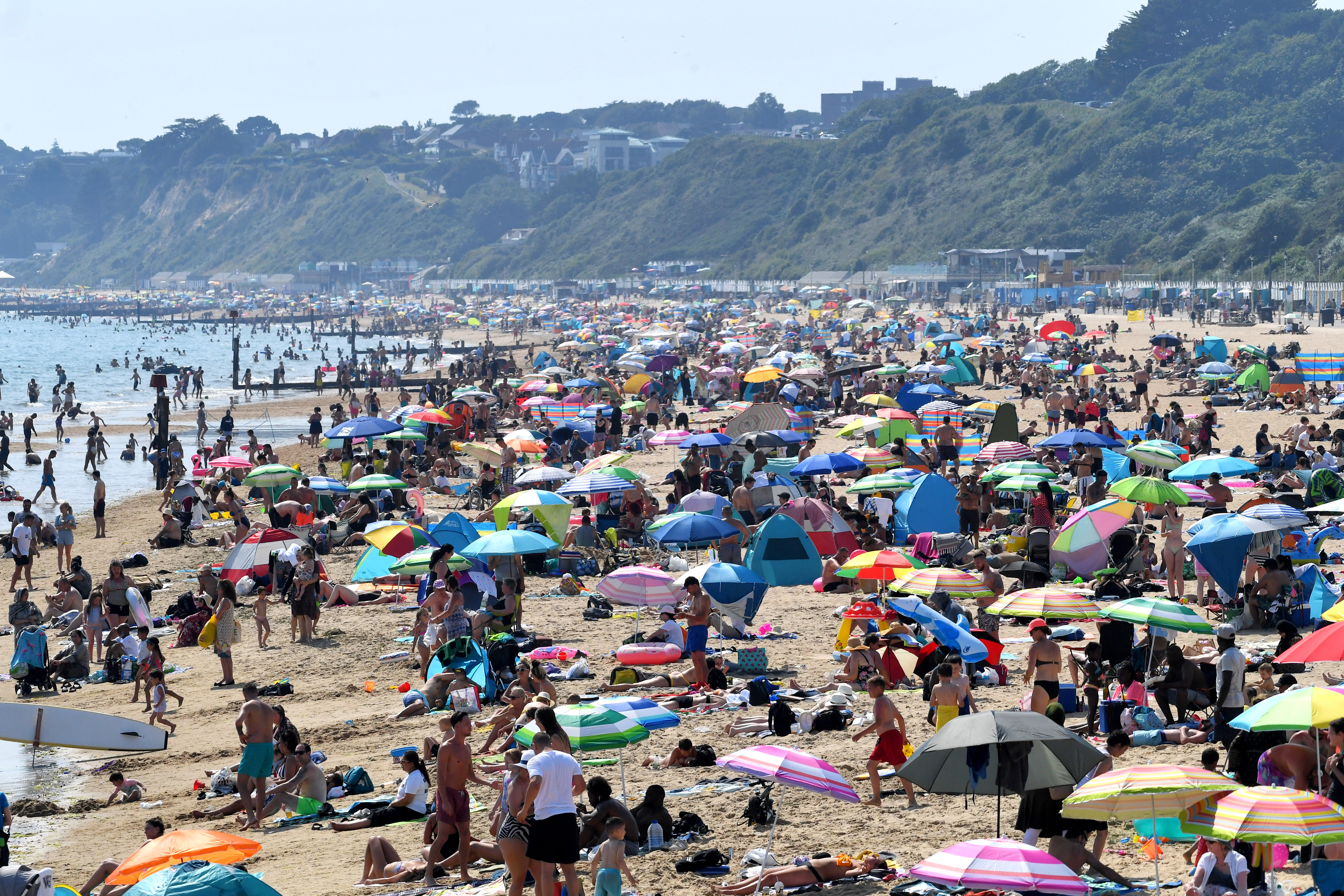 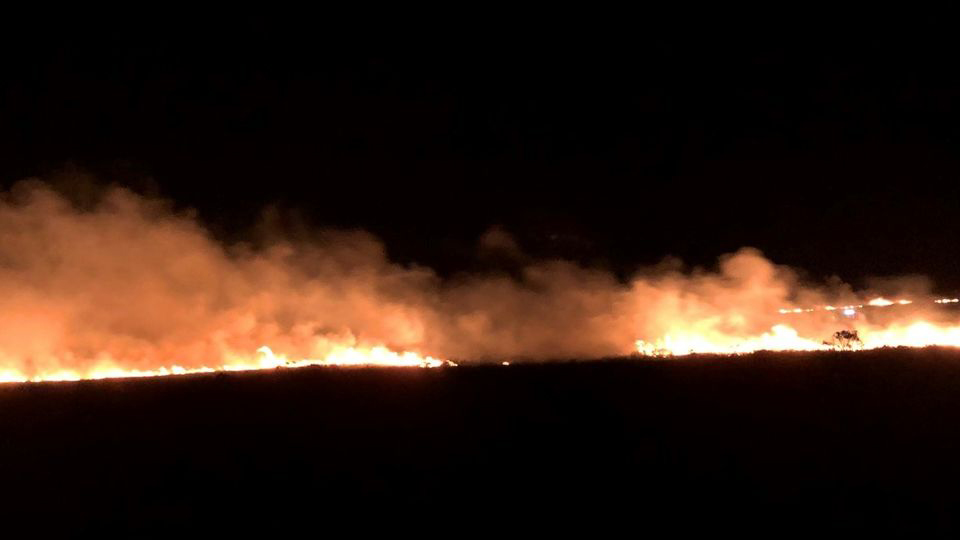 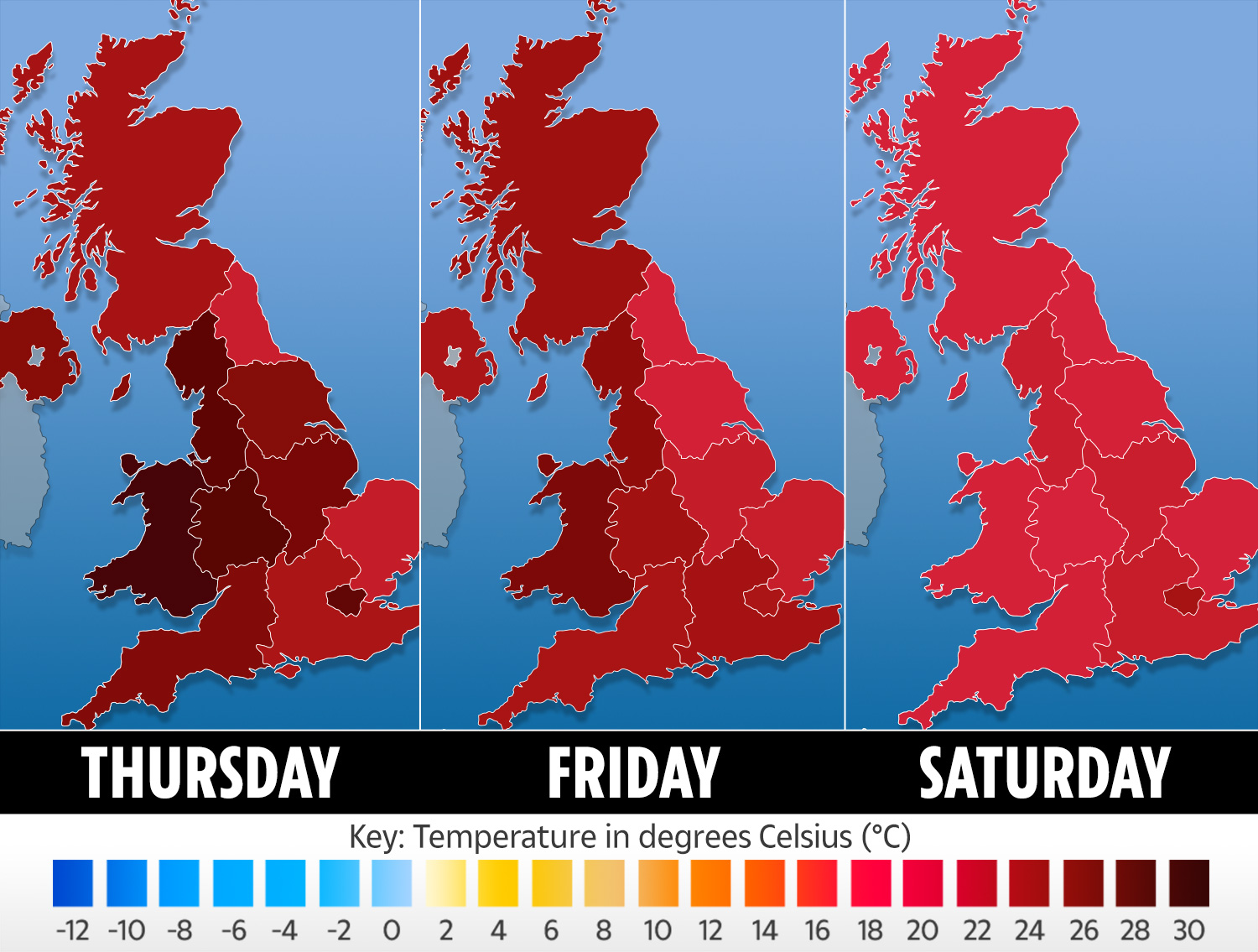 Devon and Cornwall Police said that “most” parts of the South West of
England are on amber wildfire alert.

However, on a graphic showing the highest-risk areas, Devon and Cornwall were almost entirely engulfed by a red "high" or ‘very high’ alert area.

With a history of moorland fires and farmland infernos, the two
counties have already seen several this year.

In February a fire ravaged through Dartmoor in what was suspected to be an arson attack.

People could see the blaze from about 20 miles (32km) away in Plymouth as the flames lit up the night sky.

The police warned that we could have a repeat of the blazes of this
year, and said: “Conditions are currently predicted to ease at the
weekend with some rainfall in the forecast.

“Some ignitions are possible, resulting in moderate to high wildfires,
particularly in cut grass and crops.

“The daytime winds are variable in both speed and direction rising to
around 25kph from the East on Friday.

"These could be troublesome if there is an ignition.

"The Relative humidity may drop below 50% on occasions. Temperatures are set to remain high but gradually cooling as we approach the weekend. The dead fine fuels will be very dry.”

As well as this, the force told people to avoid outdoor BBQs and
burning of debris, and to be “alert” to vehicle and cigarette-related
fire hazards.

This, it further said, will help reduce the risk of another wildfire.

Meanwhile, the rest of the UK will bask in slightly lower temperatures with London seeing 28C, Birmingham and Manchester 29C and Southhampton 23C today.

Temperatures have soared this week, reaching record-breaking highs of 32.2C at London's Heathrow.

The heat has resulted in roads "melting like chocolate" and train lines buckling – even prompting the Met Office to issue its first-ever extreme heat warning.

The warning is in place in central and southern England, Wales and Northern Ireland until Friday, with the mercury expected to reach highs of 33C.

But the sunny weather took a turn in the East of England on Tuesday, with heavy rain, hail, and several roads flooded.

The Met Office has warned more heavy rain and thundery showers are on the way – and they could spark travel chaos.

Forecasters have issued a yellow weather warning for Saturday and Sunday, covering most of England and Wales.

It warns of a risk of flooding, "difficult driving conditions" and potential power cuts, as well as loss of other services to some homes and

Although the blistering heatwave is expected to end this weekend, it is just on pause with a second sizzler set for early next month.

The Met Office predicts: "Into early August, warmer and drier-than-average conditions look likely to return for much of the UK.''

"By mid-August confidence becomes rather low, but with changeable conditions most likely.

"Above-average temperatures continue to be signalled for much of the period, perhaps becoming very warm or hot at times in the south."

Forecasters added that August will have ''drier conditions with sunny spells and ''showers or longer periods of rain".

Meanwhile, bookies have slashed odds to just 10/11 on this month being the hottest July on record.

Public Health England has extended its heat-health warning, which warns people to take measures to stay cool and look out for vulnerable people, until Friday.

And emergency services have urged people to be aware of the dangers of going into open water following 16 confirmed water-related deaths in the last four days. 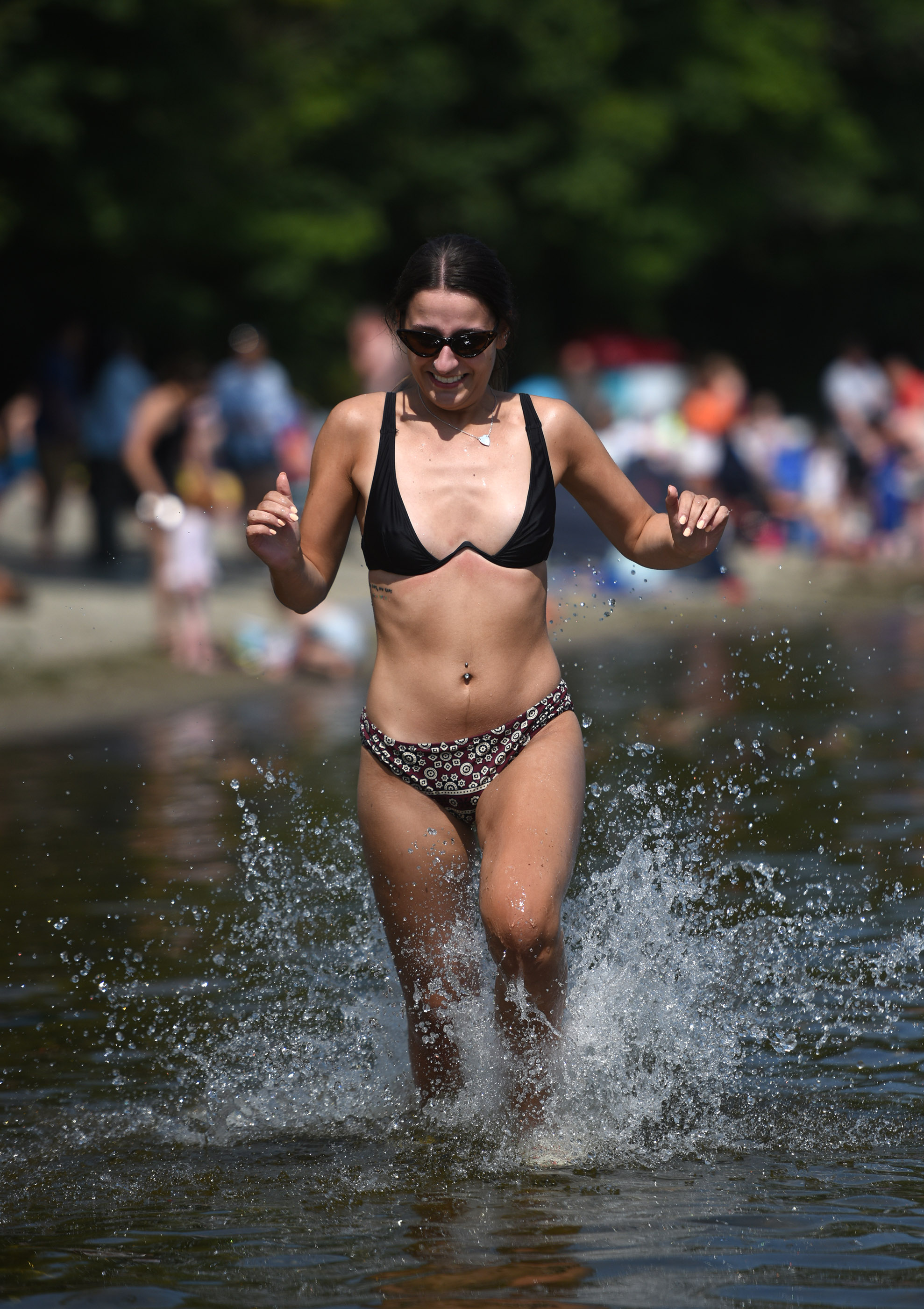 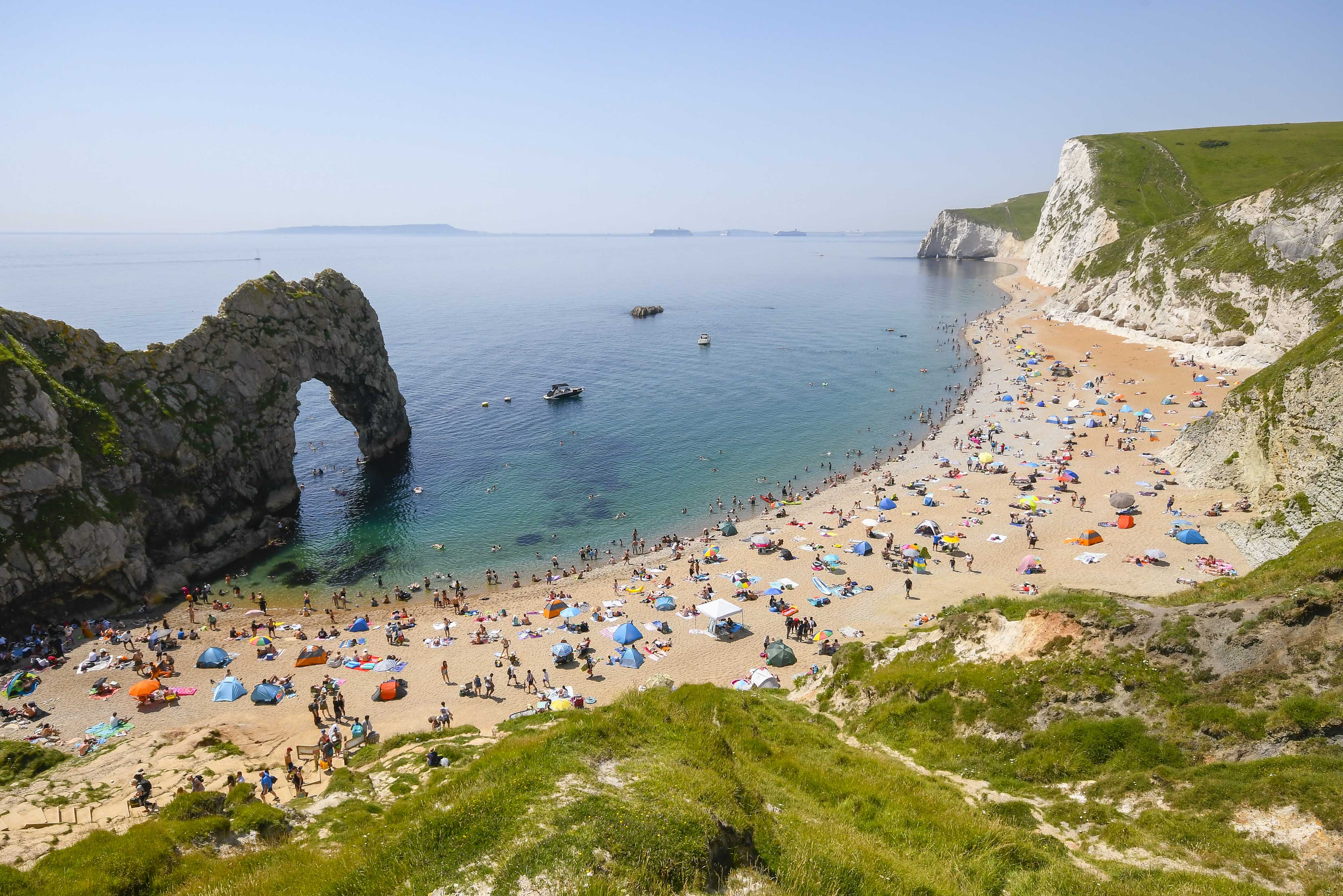 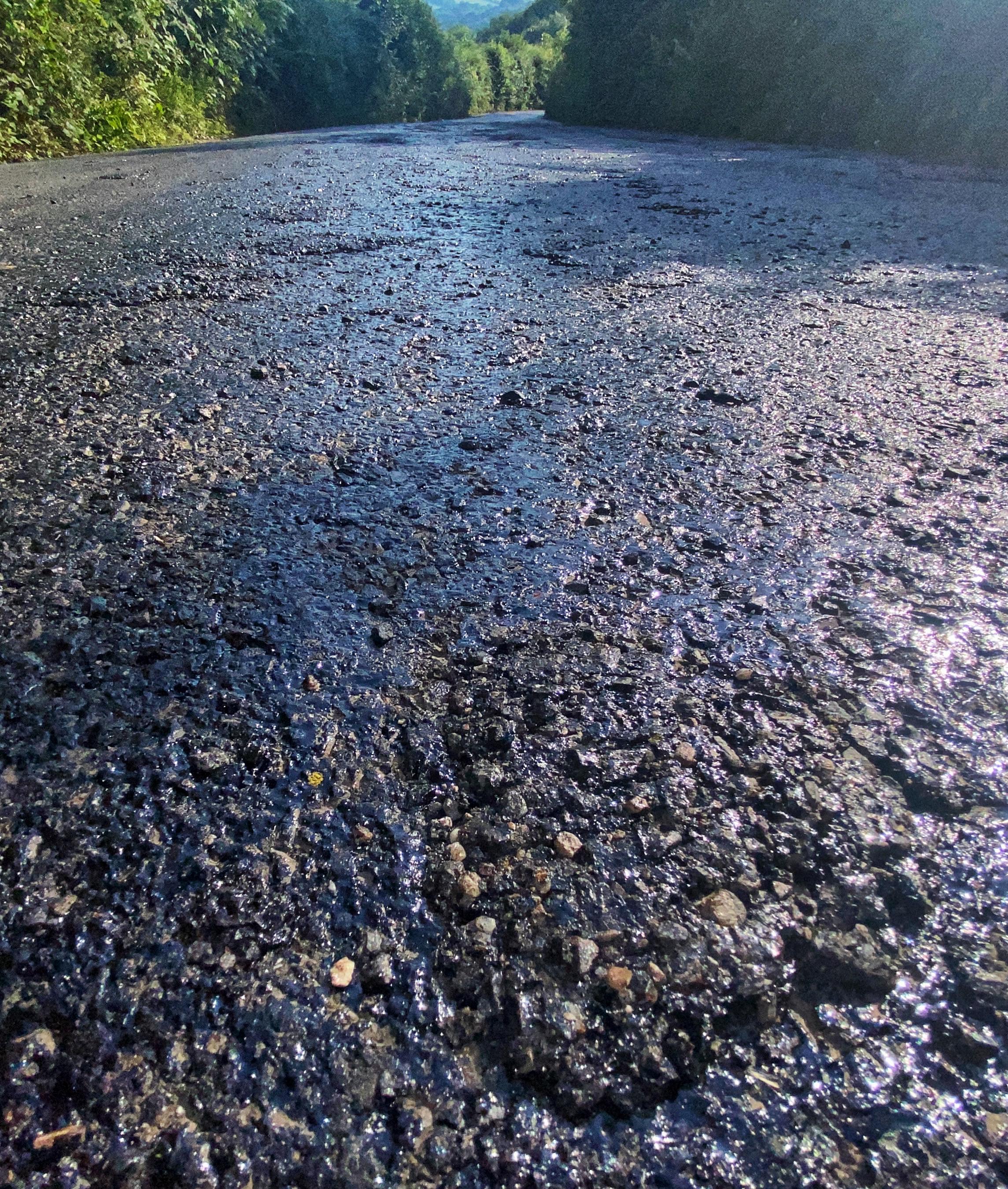 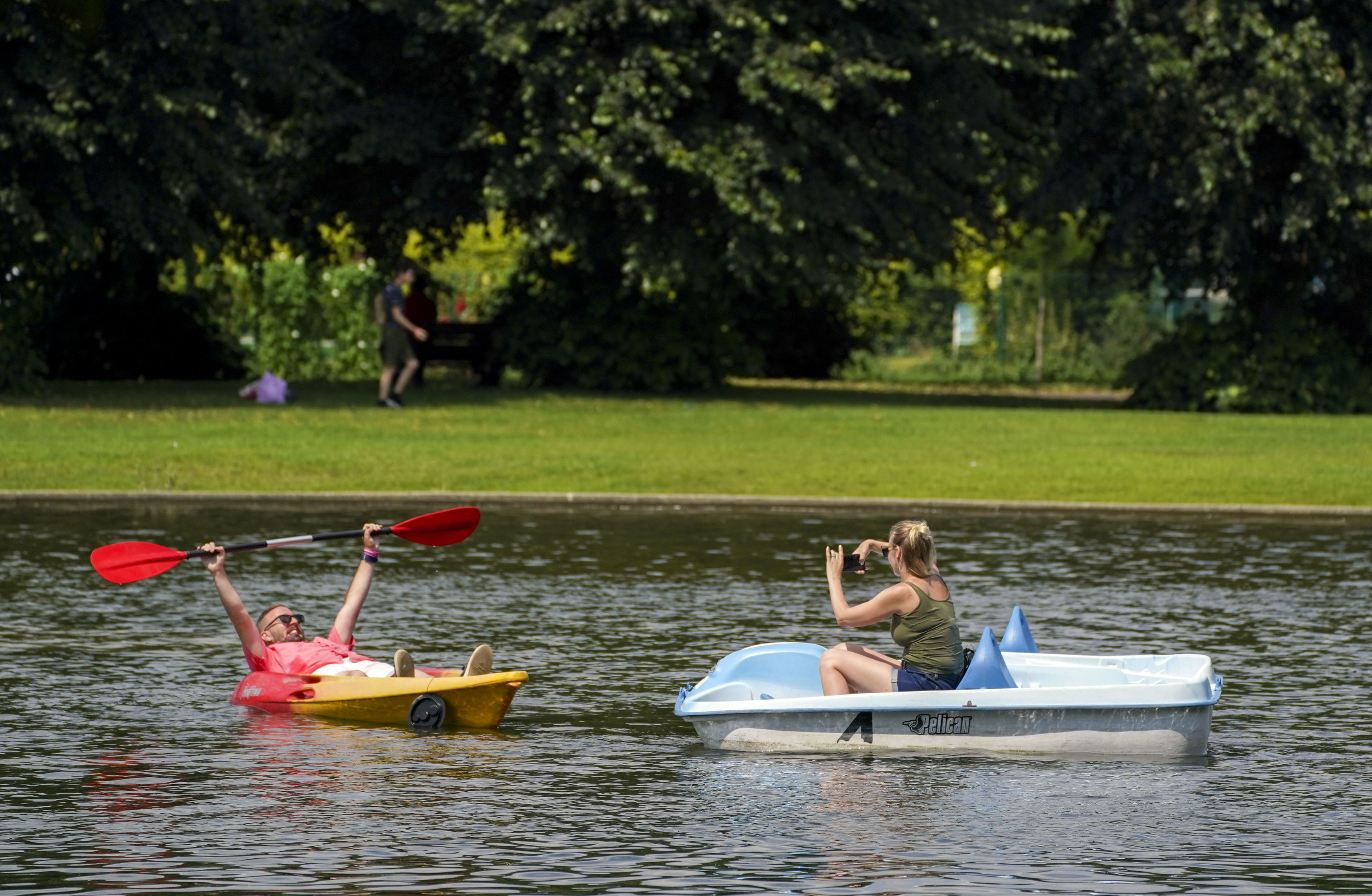