Two drug smugglers who tried to sneak £250,000 worth of cocaine into the UK from the Caribbean stashed in parcels disguised as tins of beans and coconut milk are jailed for total of 15 years

Two British drug smugglers who tried to sneak class A drugs into the UK from the Caribbean stashed in parcels disguised as tins of beans and coconut milk have been jailed for a total of 15 years.

The smuggling operation was discovered when two packages sent from St Lucia heading to homes in Charlton and Greenwich, south east London, were intercepted by customs.

These parcels that were sent on December 20 and 24, 2018, stated they contained tinned goods of condensed coconut milk and beans. 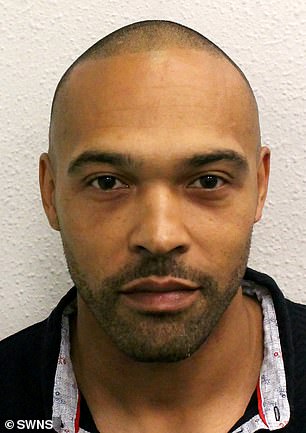 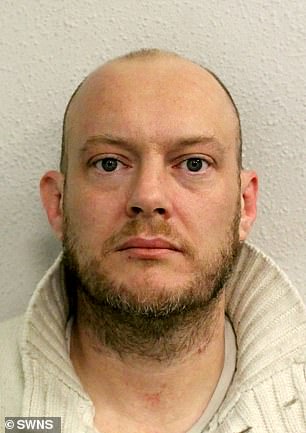 But when they were forensically examined it was discovered the first parcel had 4.3lbs (1.95kg) of cocaine hidden inside and there was 1.7lbs (792g) of the substance in the second packet.

In total the cocaine seized by police had an estimated street value of £250,000, police said.

Drug gang investigators in the UK were already probing Kelly and Gilhooly and discovered they bought a machine can sealer and blank tin lids in order to reseal tin cans.

The British nationals also purchased a string of condiments and other goods that would be sold in the Caribbean island of St Lucia. 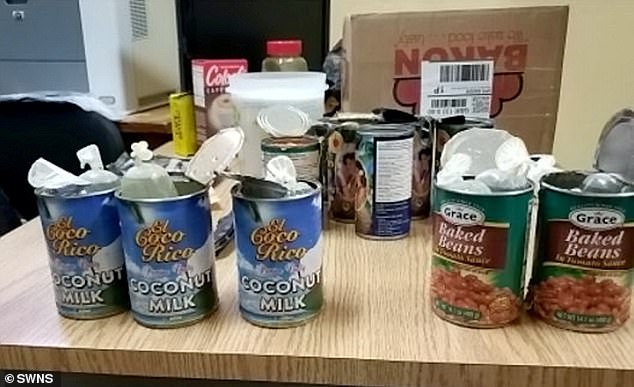 The smuggling operation was discovered when two packages sent from St Lucia heading to homes in Charlton and Greenwich, south east London, were intercepted by customs

Four days before the first parcel arrived in the capital, Kelly and Gilhooly flew from Gatwick to St Lucia, where they told officials they were arriving for a holiday and border authorities recorded they had the can sealer in their luggage.

Officers later discovered the two cocaine parcels were sent from a St Lucian Post office by Kelly, who used a fake driving licence that had his image but false personal details as ID.

However it was not for another year that Kelly was arrested when he was from prison where he was serving time for a different crime.

National Crime Agency (NCA) officers made an International Letter of Request to Saint Lucian authorities asking for help in this case, leading to vital evidence being revealed.

Both men, of no fixed addresses, were jailed at Snaresbook Crown Court. 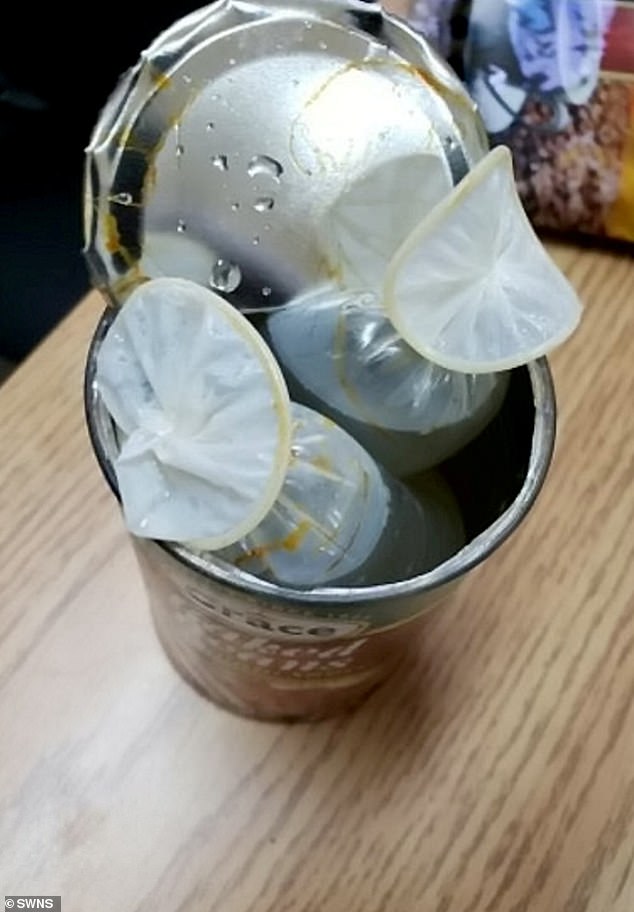 These parcels that were sent on December 20 and 24, 2018, stated they contained tinned goods of condensed coconut milk and beans

Earlier this month on the first day of his trial, Kelly admitted the allegations, while Gilhooly was found guilty by a jury on Tuesday (Jan 11).

‘I would like to offer my thanks to the officer in the case, Detective Constable Phil Price, the National Crime Agency, Border Force and Saint Lucian authorities who all worked together with us during the course of this protracted investigation.

‘This should send a clear and strong message to those intent on penetrating our borders that offences of this nature are taken very seriously and we will leave no stone unturned in bringing them to justice. 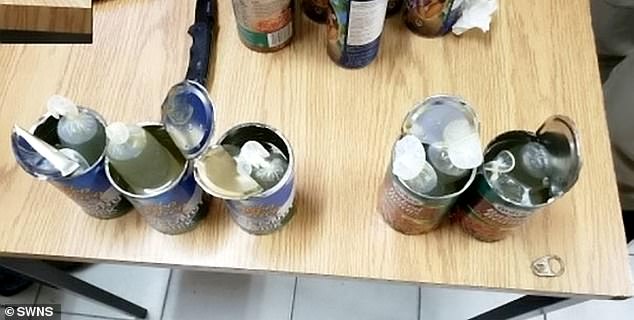 In total the cocaine seized by police had an estimated street value of £250,000, police said

‘Both men travelled to St Lucia with the sole purpose of importing class A drugs back into the United Kingdom.

‘Both men were willing to take such a risk with this offending – thinking they were beyond the reach of the law and hoping to monetise profits.

‘Instead, they now face hefty prison sentences. I hope this provides them the opportunity to reflect on their behaviour and demonstrates that crime doesn’t pay.’

NCA Branch Commander Mark McCormack added: ‘These men thought they could circumvent the UK’s border controls by utilising the fast parcel system, but this is a threat we and our law enforcement partners like Border Force and the MPS are alive to.’

A TAXI driver was caught with heroin worth more than £4million in the boot of his Skoda. Barry Smith, 44, was pulled over by police […]