As a media tutor, broadcaster and television writer, I am constantly assailed by people who ask:
“How do TV ratings work? Nobody ever asked me what I’m watching!” 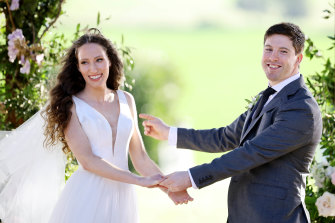 So for those preoccupied with the gogglebox, here’s the faqs:

Why is the ratings measurement agency called OzTAM?
The Oz part is obvious, but the TAM part comes from the surname of the inventor of ratings in
Australia. According to Wikipedia, Con Taminondas was a Greek immigrant who started in 1957
asking his friends and neighbours what they were watching on the newfangled box, and sold the
results to channels Seven and Nine. Over time, Taminondas trained a bunch of media analysts to
visit sample households and discuss their choices. These analysts came to be known as “People-
meeters”.

How are ratings measured?
The People-meeter system worked well until the late 1990s, when it became apparent the
Tamanalysts could not reach enough households to offer a fair sampling of the community.
Technology came to OzTAM’s aid. Since 2001, every TV set sold in Australia has been fitted
with a miniature camera/microphone that records everything happening in front of the screen
when the set is on. The device is called “DIARY” (acronym for Digital Investigation And Research
Yield). The DIARY footage is analysed by experts (still called People Meeters, although they no longer encounter other humans) who study viewer behaviour and estimate age, wealth and gender.
Networks receive a daily feed of footage taken in homes across the nation, showing the most
interesting things viewers have done in front of their TV sets. Some of it is disturbing, some of it
is used in a program called Gogglebox, but most of it is useful in determining where and when to
place commercials.

Why do the ratings seem to have no relationship to the quality of a program? Or, more
precisely, why are none of your favourite shows in the top 10?
The answer to this age-old question is that the ratings released each day are not the actual
audience figures received by the networks. Think about it a moment: Is it conceivable that 1.2
million people in the mainland capitals of this sophisticated nation sit down every night and
watch Married At First Sight? Of course they don’t. The figures are sanitised to ensure the commercial networks continue to attract advertising.

David Dale teaches media at UNSW, but only discusses ratings on April 1.