THE UK's 'most dangerous' city has been revealed – and it's not where you think.

People living in Welsh capital Cardiff say they feel less safe than those in other areas of Britain. 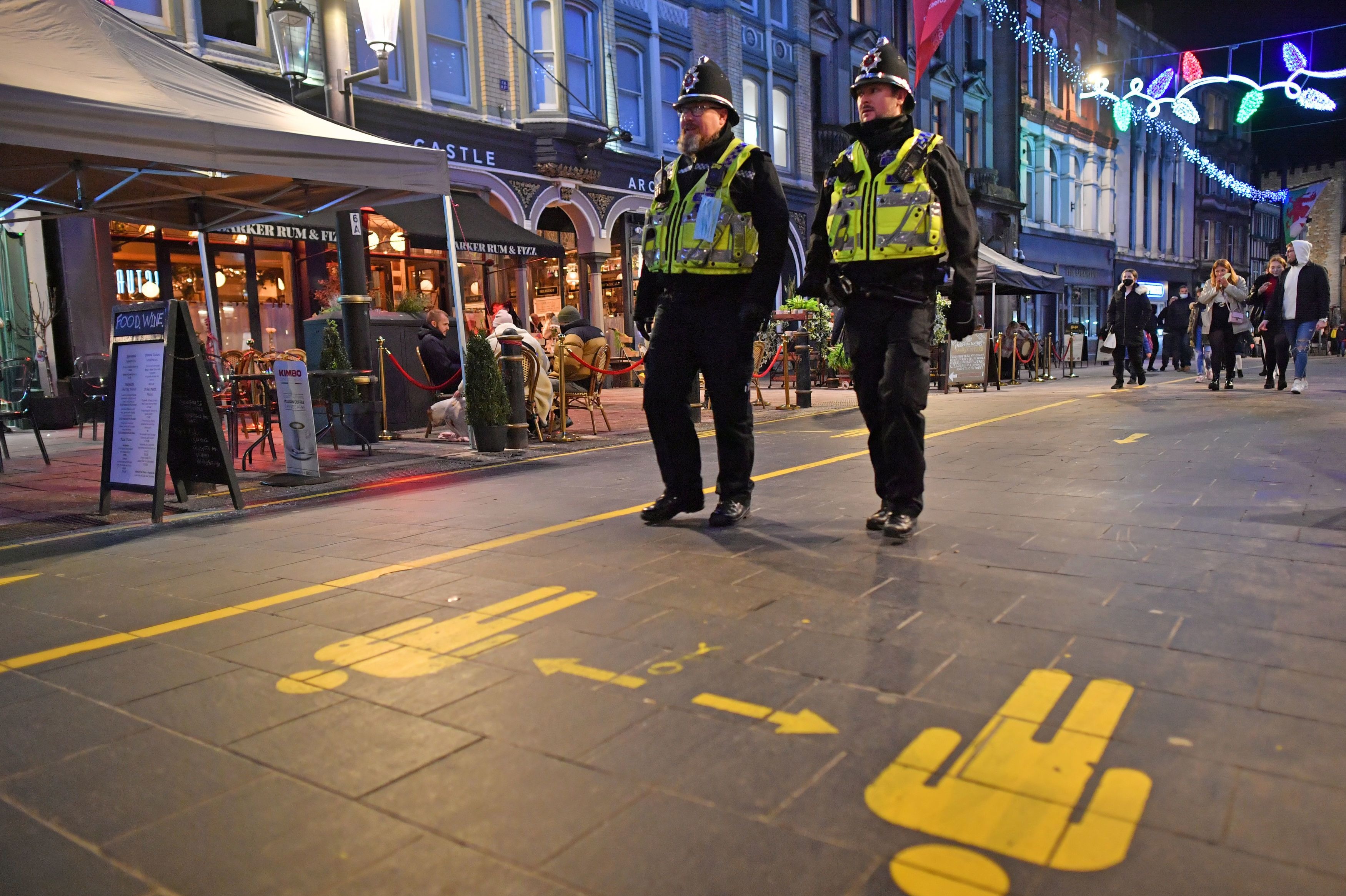 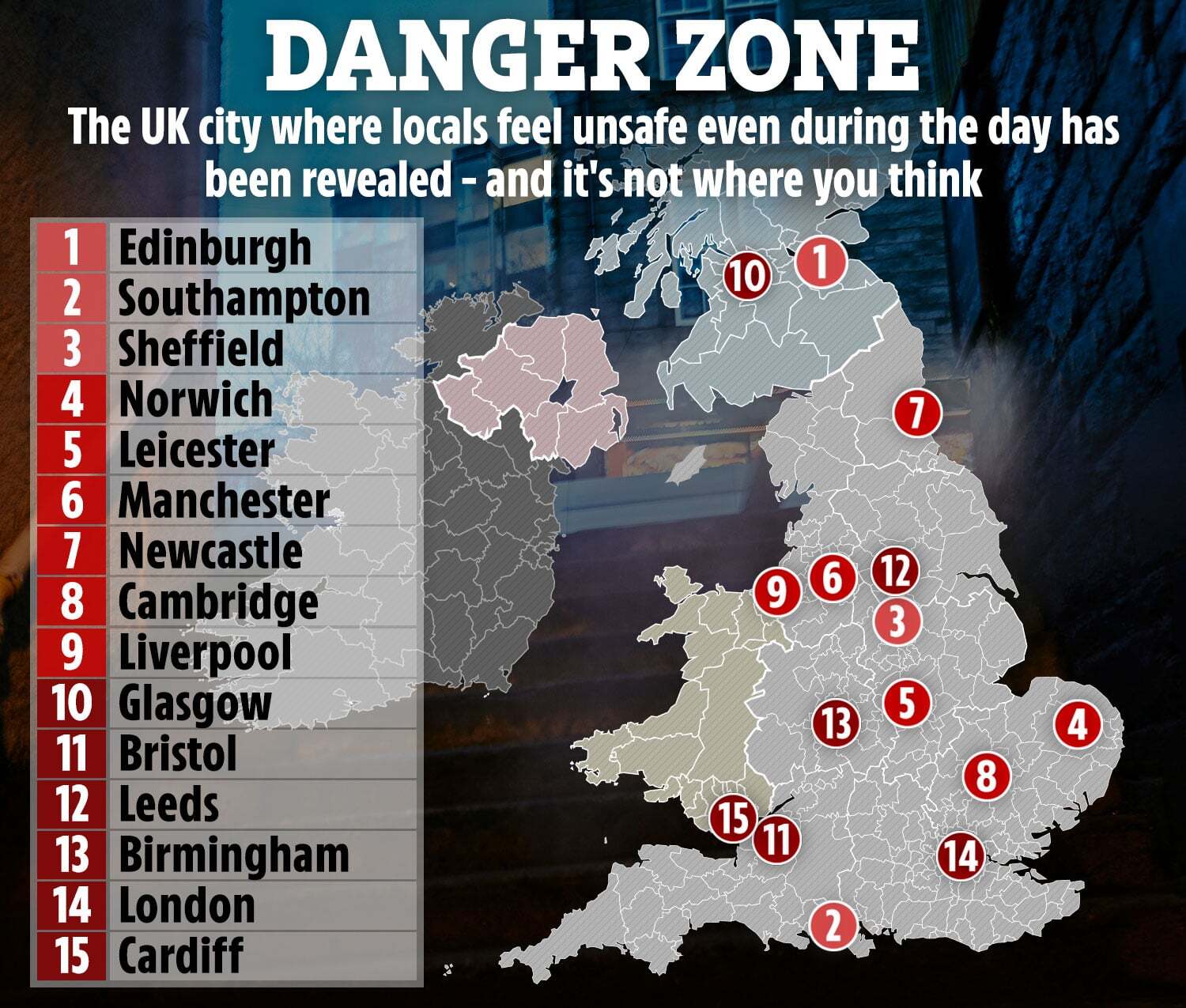 Those polled blame violent crime for their fears, with a whopping 38 per cent saying they don't feel safe on the streets at night.

And 31 per cent even worry about their safety during daylight hours.

Meanwhile, the survey found nearly four in 10 – 38 per cent – of those living in Birmingham have installed CCTV and alarms at home.

Elsewhere, 41 per cent of people living in London say they'd feel much safer with a police station in their neighbourhood.

Shockingly, just over a quarter of those polled in the capital would consider owning a gun or a knife for protection.

Fewer than one in 10 adults in the Scottish capital say they've experienced any sort of crime.

Half of those in Southampton would recommend living in the city to friends.

The results of the poll were revealed to mark the launch of the new series of crime drama Murdertown on Crime+Investigation.

A spokesman from the show said: "Despite being popular living spots, it’s surprising to see some of the most common cities deemed unsafe – particularly the likes of Cardiff, London and Birmingham.

“There are clear concerns of activity from the British public that they could be a victim or witness a crime when walking around at night or even in during the daytime.

“The new TV series will aim to uncover the most shocking murders in the UK and examine the impact they had on the cities around them.”

Norwich and Leicester are also in the list of the top five 'safest' cities.

But at the other end of the scale, researchers found Londoners are most likely to have experienced crime in the capital.

A QUARTER 'WANT A GUN'

They found 33 per cent of people have been affected by crimes including mugging and fraud – an increase of 14 per cent since 2018.

More than a quarter of adults – 26 per cent – in Cardiff say they've witnessed a crime. That's up from 16 per cent three years ago.

Almost a third – 29 per cent – reported being a victim of crime themselves, a huge rise from 2018, when the figure was 16 per cent.

Most of that number – 42 per cent – said they'd been affected by a burglary, while 39 per cent were victims of fraud.

Despite that, the research, commissioned via OnePoll, found 60 per cent of adults would still remain in the area they live in – because they feel safe in their own homes.

And to make their property safer, 18 per cent have installed smart lights that turn on when they’re outdoors, and 17 per cent have added extra locks around the house.

Other measures added to make their home secure include security cameras, growing big hedges around the property and buying a guard dog.

Outside of the home, one in five respondents feels safe most of the time – but six in 10 won’t go out after dark unless they have to.

And one-fifth would feel safer in their city if they didn’t know of so many attacks or break-ins nearby, while 16 per cent can’t help but pay attention to local gossip.

For a resounding four in 10 adults, a bigger police presence would make them feel more protected, while a third want more CCTV and one-quarter want a local police station.

When it comes to law enforcement, more than half of British adults do not feel the police are able to keep their area safe.

And 48 per cent feel women in particular are being let down by the police following the Sarah Everard case.

The spokesman for Murdertown added: “The UK police force play a vital role in keeping our cities safe and ensure people feel comfortable to go about their normal lives without causing any issues.

“Of course, that’s easier said than done when staffing levels can be an issue, and some cities have such high crime rates to contend with.”

Murdertown’s new 10-part series which premieres on Crime+Investigation on September 27 at 9pm.