Wait times to access drug and alcohol treatment services have soared in Victoria during the coronavirus pandemic, spurred by new groups with addiction issues and a surge in the number of people seeking help for alcohol withdrawal.

Practitioners in the sector say while wait times to access counselling services for addiction issues were about three to four weeks prior to the pandemic, it blew out to 10 weeks over Christmas in some metropolitan regions of Victoria. 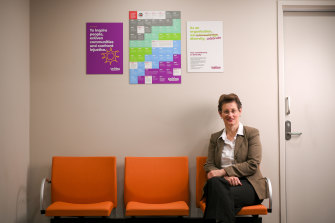 Rose McCrohan, manager and nurse practitioner at Uniting ReGen withdrawal facility in Ivanhoe, said the waiting lists to access short-term alcohol and drug residential detox remain up to eight weeks, and for some counselling services the wait is around four to six weeks.

“[At the start of the pandemic] we had the first wave of people who started drinking, they might have had a history of being recovered and their industry was affected and they relapsed … that really pushed waiting lists out,” she said.

Border closures then saw shortages of some drugs in Victoria, she said, driving a surge in people seeking treatment who could not easily access heroin and methamphetamines. “They got added to the waiting list as well,” she said.

“Now in the last few months, we are seeing terrible heartache, more of the long-term effect of people who have been at home, drinking very heavily and I feel like we are treating really difficult alcohol withdrawal and trying to prioritise those people, but our waiting lists are still at around eight weeks for some people.”

Victorian Alcohol and Drug Association executive officer Sam Biondo said there has been a consistent increase in the amount of time people are waiting. Their surveys have consistently shown that around 2500 people are waiting for services on any given day, he said.

“What we are also hearing is a lot of new types coming in, for example the mums and dads,” who he said had fuelled a big increase in alcohol sales.

“Reports from our emergency departments are of new cohorts coming in, so that pressure cooker of COVID has created new demand in new people and alcohol obviously increased across the board in all directions. Many of these are people who aren’t known to the system.”

While wait times have declined slightly since Christmas, Mr Biondo said there are concerns people who have tried to seek treatment have disengaged with the system after being told how long it would take. 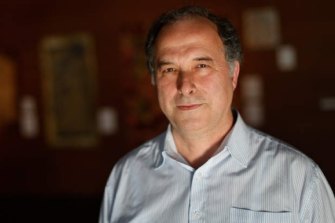 “There may be a brief period where a person is ready for help. If support is not available at that time, the individual can lapse back into harmful patterns of substance use,” he said.

“The flow-on effects are serious – if for example, a person has reasonable prospects of being granted bail with conditions to comply with alcohol and other drug [AOD] treatment, and if for example those wait times are six to 12 months, a bail application can’t sensibly be made at an earlier time in the absence of such treatment,” she said.

“This may result in the individual spending considerable periods of time on remand, awaiting the availability of services, and ultimately, can result in problems with a person spending longer on remand than they might otherwise be sentenced to.”

She said it can also see people who are in desperate need of treatment released from prison without proper support.

“In this way, medical issues and criminal justice issues become intertwined, impacting not only the person involved but also the community more broadly,” she said.

Meghan Fitzgerald from Fitzroy Legal Service said treatment, not prison, was better for the community in the long term.

“Nothing good happens in prison in terms of recovery as far as I’ve always observed,” she said.

“What we say is drug dependence is a health condition and the first line of care is treatment. Because it’s the only thing that works in terms of ending that cycle of recidivism.

“[Addiction] is a health condition that is really serious and when people make that decision to get treatment, that’s a big decision. When you say to someone there might be a spot in four months or six months, by that time so many traumatic events can have overtaken and people die. That’s the reality of the situation.”

A government spokeswoman said they were continuing to work with health services and agencies to ensure Victorian’s have access to specialist drug and alcohol treatment.

“The impacts of coronavirus on the alcohol and drug rehabilitation system are continuing to be monitored, we’ll work with the sector to respond to any emerging concerns,” she said.

”We’ve invested $52.1 million in new residential rehabilitation facilities in the Gippsland, Hume and Barwon regions – the new facilities will provide care and support to an additional 900 Victorians every year.“

Get our Coronavirus Update newsletter

Stay across the news you need to know related to the pandemic. Sent Monday and Thursday. Sign up here.