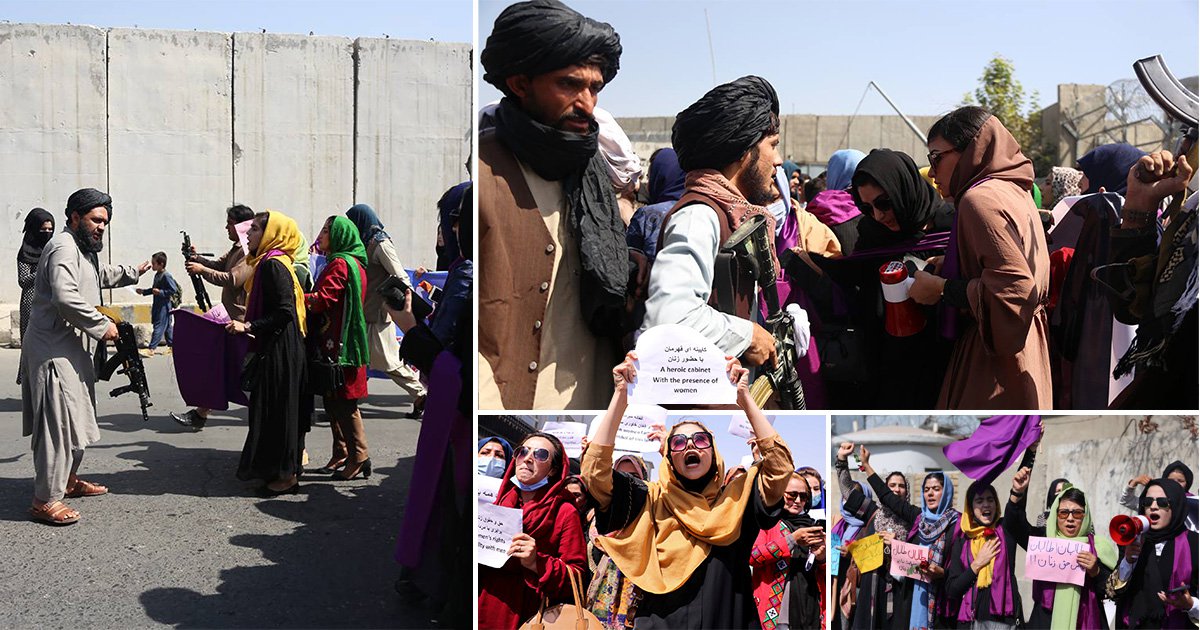 Taliban fighters have cracked down on women’s rights activists still protesting in Kabul.

Demonstrators marched through the Afghan capital for the second straight stay but were stopped by special forces.

The soldiers reportedly fire into the air and use tear gas to disperse the peaceful protest despite publicly promising a less repressive regime than their previous brutal rule.

The crowd had marched on the presidential palace, where the new Taliban leader of the country will run the country from, after laying a wreath outside the defence ministry to honour Afghan soldiers killed fighting the Taliban.

According to witnesses, a dozen soldiers charged into the crowd firing into the air and using tear gas to send the small group fleeing.

Many who supported Afghanistan’s previous liberal political order are deeply sceptical of the Taliban’s promises to rule in a more inclusive way than previously.

From 1996 to 2001, women’s rights were virtually extinguished and dissent was met with violence.

One prominent protester, 20-year-old Maryam Naiby, said of the campaign in the wake of the Taliban seizing power: ‘We are here to gain human rights in Afghanistan. I love my country. I will always be here.’

With Western forces no longer present in Afghanistan for the first time in two decades, key Taliban figures are locked in talks over the makeup of the new government.

The group has effectively controlled the country for a number of weeks but has still not revealed who will serve as president or in other key roles.

It has been widely reported that Taliban co-founder Mullah Baradar, the group’s second most senior figure and chief political operative, will become president.

The seasoned mujahideen and former prisoner was the group’s representative in talks with the US that led to the August 31 withdrawal.

Taliban forces are currently engaged in armed battles in the Panjshir Valley, the last part of Afghanistan not under the group’s control.

Resistance fighters have continued to hold out in the area, led by the son of Ahmad Shah Massoud, the general who led the opposition to the previous Taliban government until his assasination in 2001.

The region 50 miles north of Kabul has never been taken by the Taliban so a success for the group would represent a symbolic victory.