The tank commander and his driver had to explain to their bosses how the armoured vehicle ended upside down.

Fire crews raced to the scene on Thursday to Salisbury Plain mock battlefield, fearing the crew was trapped. 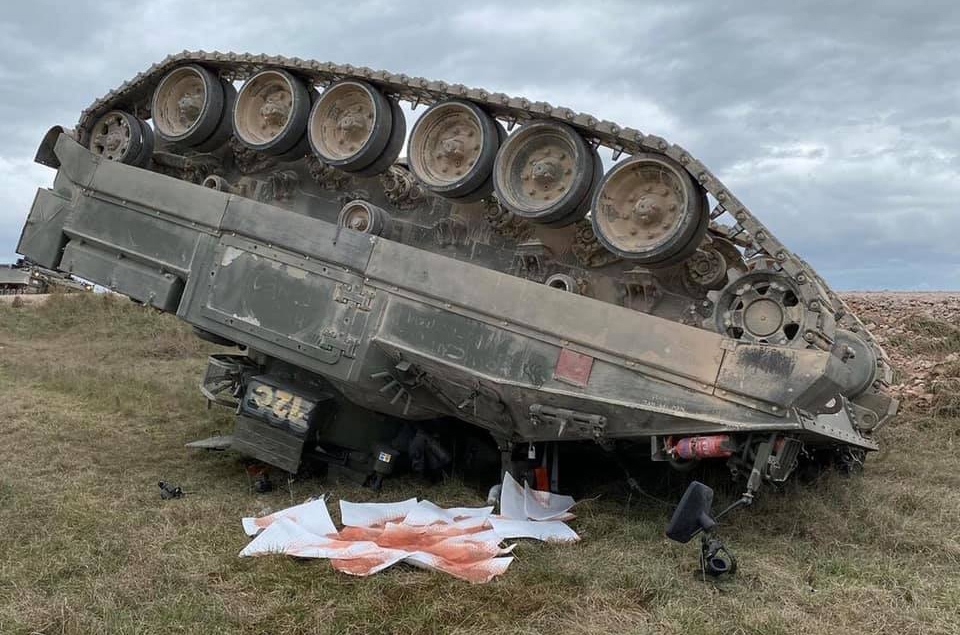 A photo appeared to show blood on white blankets where they scrambled from under the tank.

But reports said nobody was badly hurt and the brigade said it was not blood.

Fuel had spilled from the tank when it toppled upside down.

It's not clear whether the tank will be a write-off.

A fire crew from Amesbury rushed to Bulford, in the centre of Salisbury Plain, following reports a tank had overturned and was leaking fuel.

Dorset and Wiltshire Fire and Rescue Service said: "A crew from Amesbury was called to Bulford camp to see whether we could assist with a fuel spillage from a military vehicle. 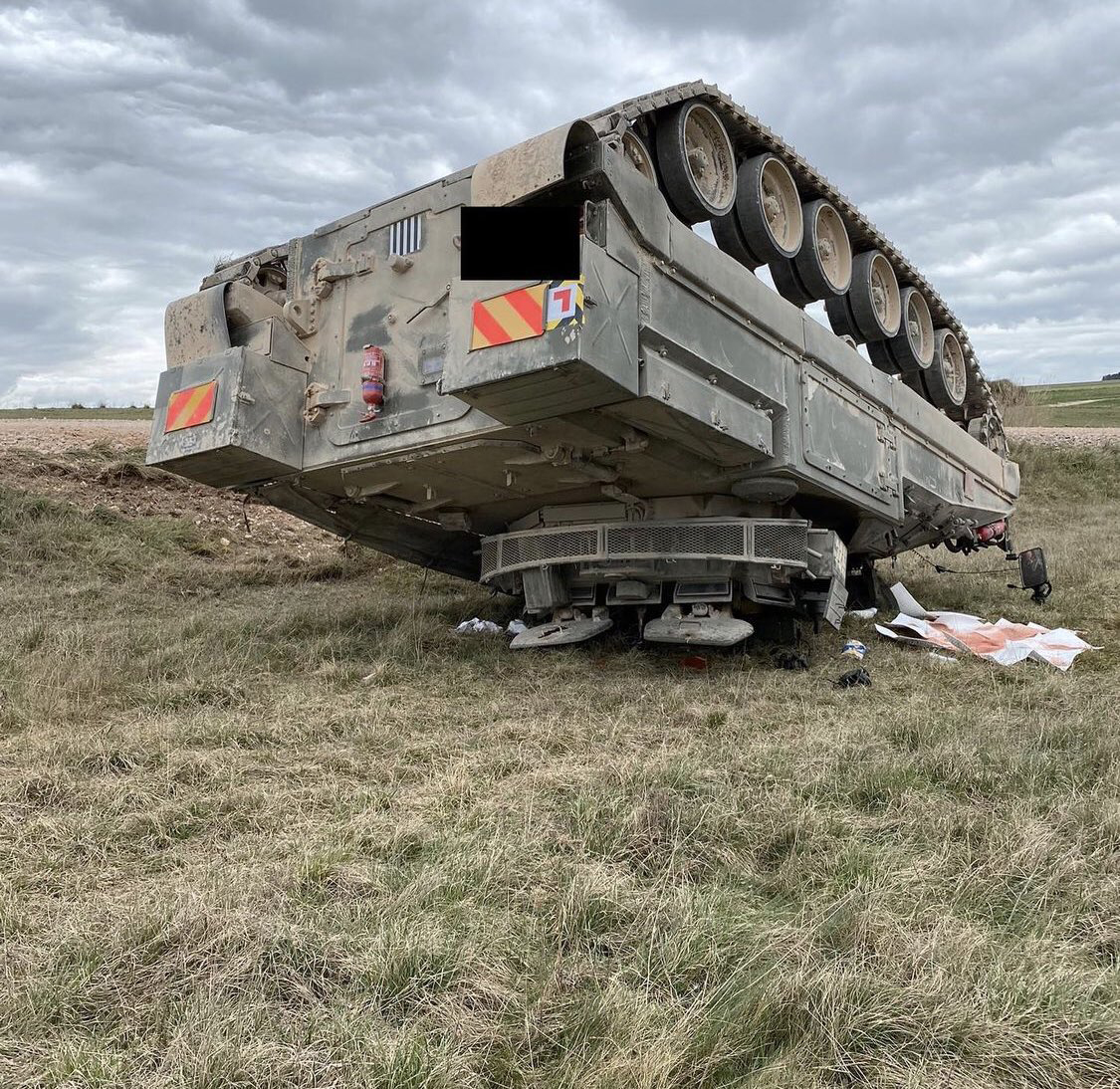 "Following inspection, no action was required by us.”

In April 2014, two soldiers were crushed to death when their tank overturned during a training exercise on the same plain.

The Challenger 2 tank toppled from a 6ft high (1.8 metre) bank and flipped on to its roof on a gravel track.

The soldiers both had their heads out of the turret and were crushed beneath the 62-ton vehicle.

Two other soldiers were treated for minor injuries and later returned to their units. 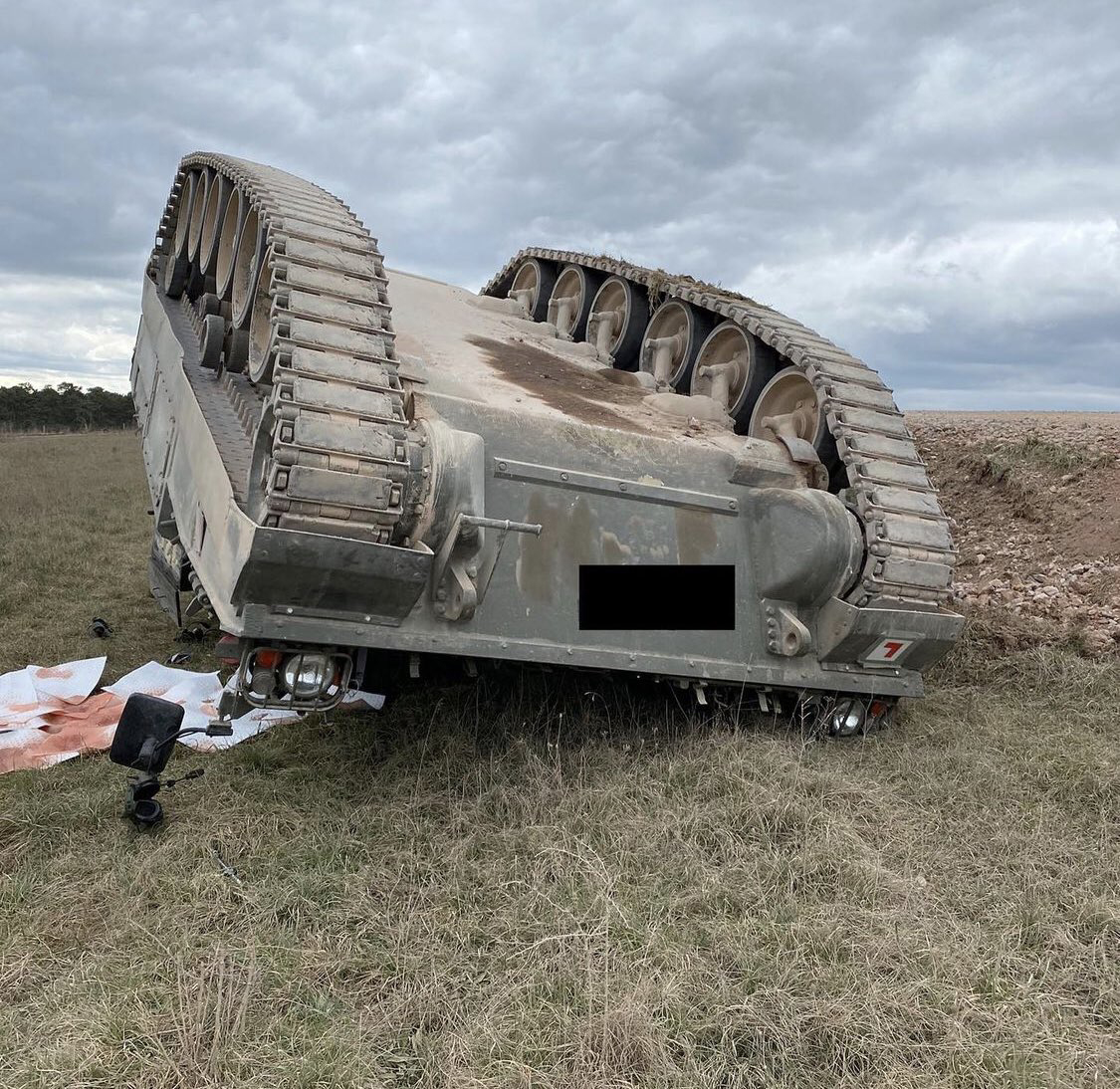 All four servicemen were from the A Squadron, 1st Royal Tank Regiment, based at Warminster.

A Ministry of Defence spokesman said at the time that the soldiers were preparing for a training exercise in Canada.

"The two soldiers were not going to Canada themselves, but were acting as supervisors during a training exercise to prepare other troops for the trip. A full inquiry into this very tragic accident will take place."

In Jul 2001 two soldiers died and two were injured on Salisbury Plain when a Challenger 2 battle tank toppled over into a steep cutting near the village of Imber.

And in 1997 a soldier was crushed to death as he repaired the main gun on a Chieftain battle tank while on exercises on Salisbury Plain.

The Challenger 2 tank was introduced to the British Army in 1998 as a replacement for the less sophisticated Challenger 1 and saw action in the Bosnia and Kosovo.