AN Australian man was caught on camera battering a police officer after she told him to "move on" during Sydney's Covid lockdown.

The disgraceful attacker launched himself on the cop in broad daylight on Monday in the suburb of Bankstown. 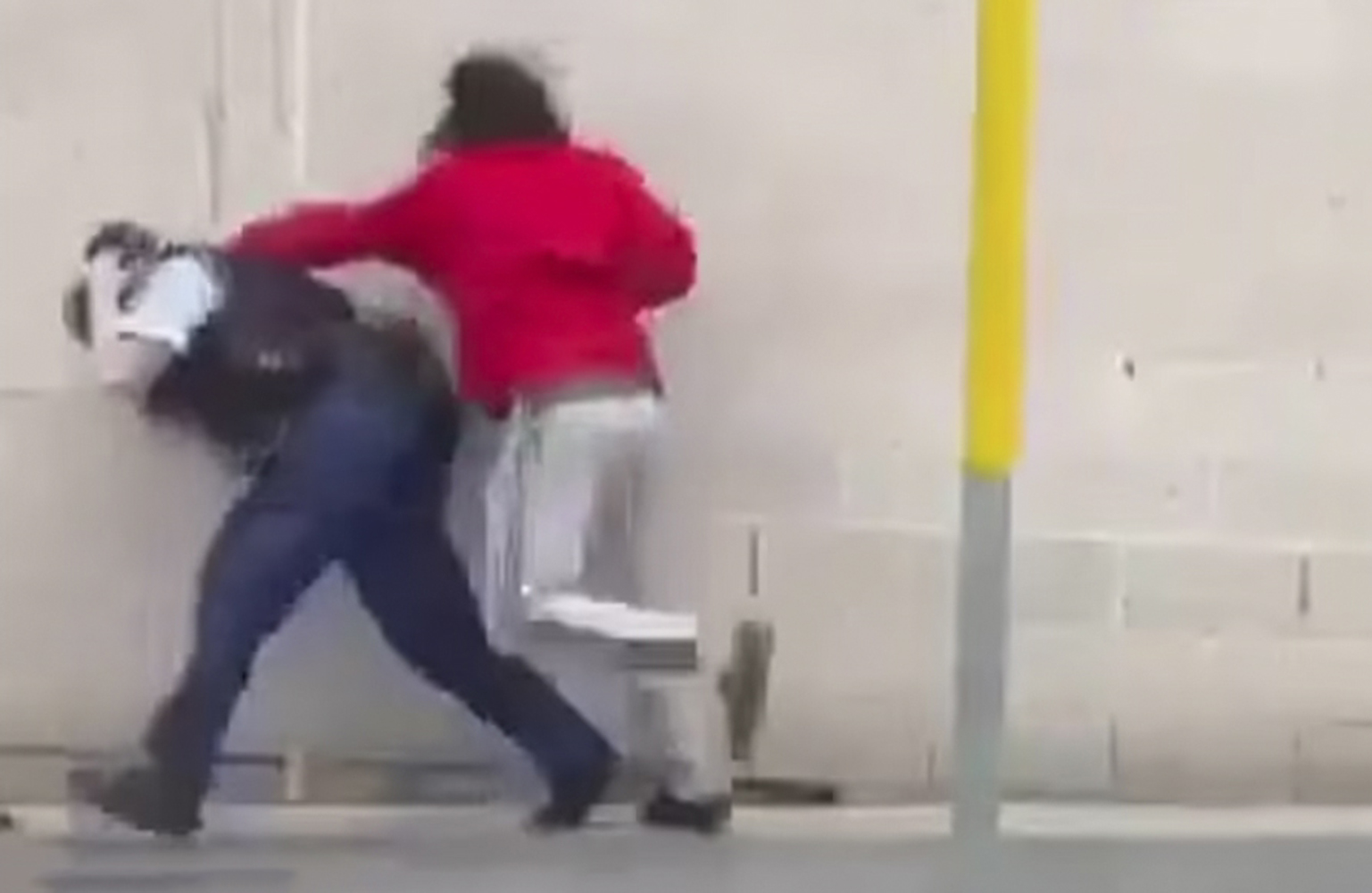 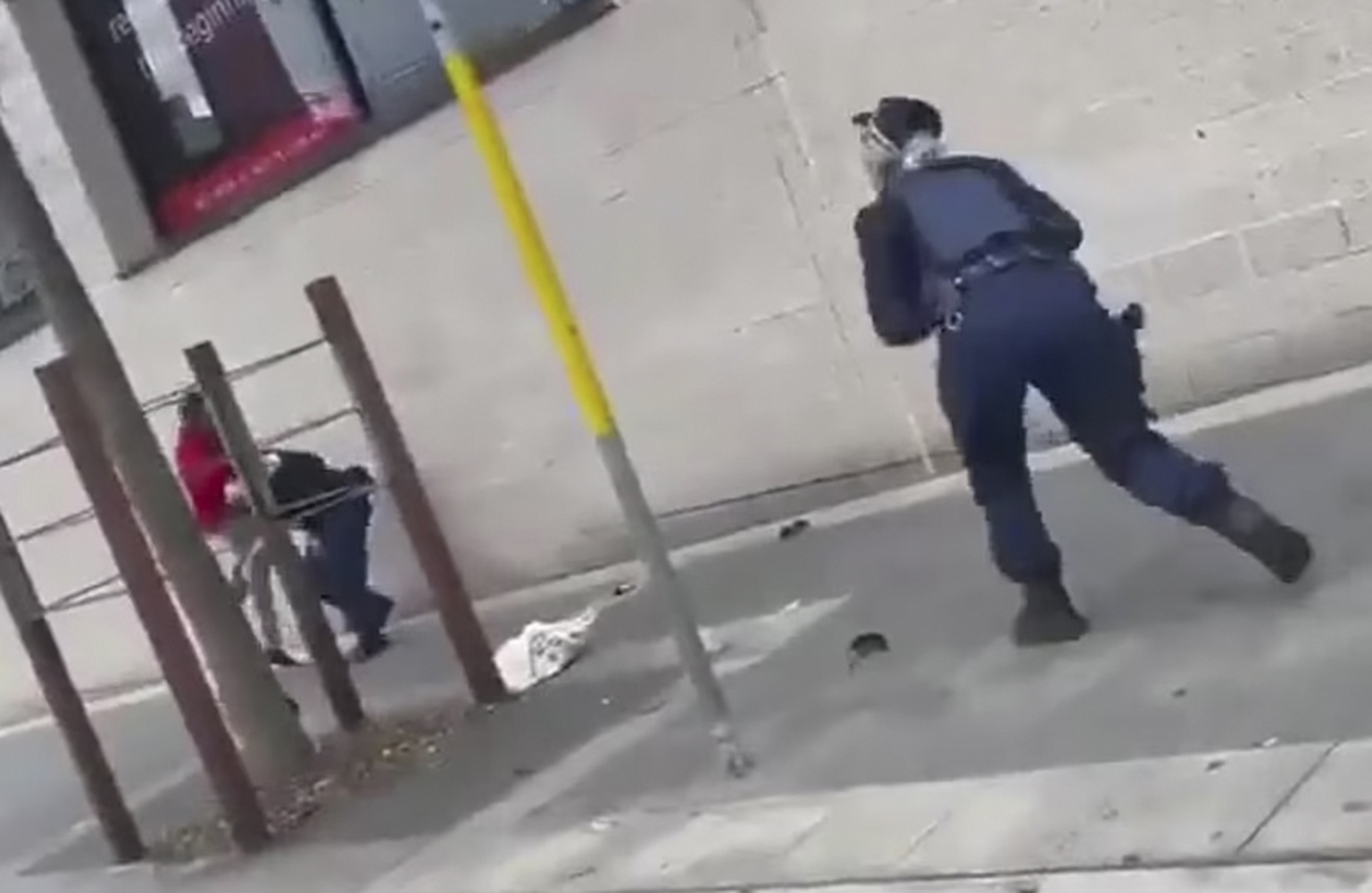 Shocking footage shows the officer being repeatedly kicked and punched while her colleague desperately calls for help – despite only having just been kicked in the chest moments earlier.

Police said a 43-year-old man was later arrested on suspicion of assault and breaking lockdown rules.

He allegedly attacked a third male officer at the station and all three officers were taken to hospital.

This comes as Sydney is now entering its 12th week under draconian lockdown rules which include not leaving the house without a 'reasonable excuse'.

Police have cracked down on civilians and been confiscating beers following the city's booze restrictions.

The country is enforcing one of the world’s strictest lockdowns and has used the military as well as helicopters to help enforce its draconian ‘Zero Covid’ strategy – to widespread criticism.

Initially, Australia’s strict closed borders policy was able to keep Covid at bay and resulted in far fewer infections and deaths than other countries.

But its vaccine rollout has been painfully slow, resulting in draconian measures despite extremely low infection rates.

New South Wales announced an initial lockdown on June 25 after just 22 new cases of the Delta variant were found.

And at the beginning of August, Melbourne imposed a seven-day lockdown after eight cases were detected.

The policy has seen furious demonstrations which have spilled over into violence, while hundreds of people have been hit with fines.

Mask enforcement has been strict and harrowing images show a little girl sat in her handcuffed dad's lap after he was stopped by police for failing to wear one in a Covid hotspot.

Now the latest over-the-top measure imposed by authorities in New South Wales, to confiscate alcohol to tower block residents, has been greeted with fury.

The state’s health authorities have imposed rules limiting people living there to a certain amount of alcohol each day. 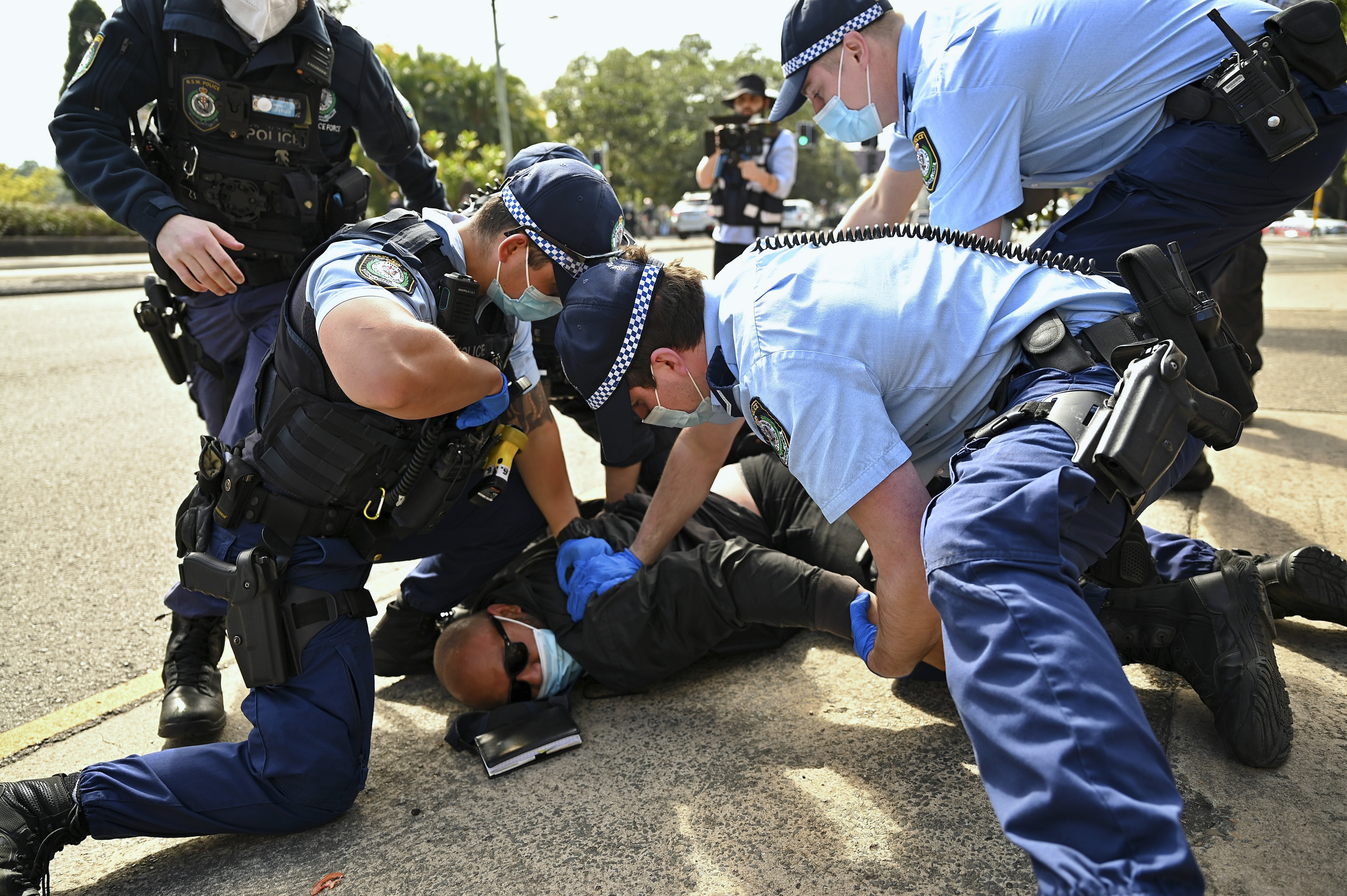