The autopsy for Sheridan Wahl, a Florida college student whose body was found at a rural South Carolina fire station miles away from her torched car, has been released two months later.

Her body was found on Sept. 21 at the base of the Hannah-Salem Friendfield Fire Department’s training tower, which is located at the rear of the facility in Pamplico, South Carolina. The manner of death is classified as “undetermined,” von Lutcken added.

The coroner’s office collaborated with the Medical University of South Carolina on the autopsy and toxicological studies during the course of its investigation into Wahl’s death. 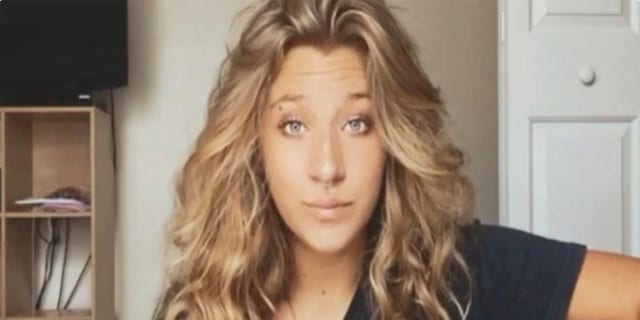 Two days before Wahl’s body was found, deputies with the Florence County Sheriff’s Office located her 2018 Toyota Corolla at about 2 p.m. on Sept. 19 burned in a cornfield off of Keith Lane in Scranton, South Carolina, a town with a population of about 900 people. The charred vehicle’s VIN number was illegible and its license plate missing. It was about 10 miles away from the fire station where later Wahl turned up dead.

Mystery has surrounded Wahl’s disappearance and later demise for the past two months. Her mother, Kelly Darment Wahl, first reported Sheridan missing on Sept. 19, telling authorities her daughter had traveled from Tampa, Fla. to Myrtle Beach to visit her father but never arrived at his place.

The mother said her daughter called her on Apple FaceTime from the 300 block of South Ocean Boulevard in Myrtle Beach around 1 p.m., saying she had been denied service at a moped rental for not wearing shoes, according to a police report. Sheridan said she wanted to return home to Florida, but her mother told police she had insisted her daughter stay the night before making the long drive back.

Calls made to her phone later went straight to voicemail.

Wahl’s body and car were found in an area of South Carolina some 50 miles from Myrtle Beach.

The Myrtle Beach Police Department later turned over the investigation to the South Carolina Law Enforcement Division (SLED) after determining Wahl left their jurisdiction before her death. SLED’s new interim spokesman, Ryan Alphin, confirmed to Fox News Digital on Tuesday its investigation into Wahl’s death remains open, as such “it would be inappropriate to comment further as agents continue investigating this case.”

A 911 call was released last month depicting the moments Wahl’s body was found.

An unidentified caller told a dispatcher, “I’m going to need the sheriff’s department to 630 West Highway 378. We have found a body on our property.”

“Oh my gosh,” the dispatcher gasps, before the caller adds, “behind the fire station.”

“Was it wrapped or anything or just laying out?” the dispatcher asked. The caller responds, “Nope, she’s just laid out on the, laid out on the grass.”