London: Britain, Canada and the EU have announced their first-ever sanctions on Chinese government officials over the persecution of the Uighurs in Xinjiang province.

The measures were imposed under Magnitsky legislation passed by the trio of nations which allow governments to impose sanctions over human rights violations. They were the first sanctions against Chinese officials by the EU and Britain in 30 years.

The sanctions, involving travel bans and asset freezes, are against the Public Security Bureau of the Xinjiang Production and Construction Corps, Zhu Hailun, Wang Junzehng , Wang Minghsan and Chen Minggu. 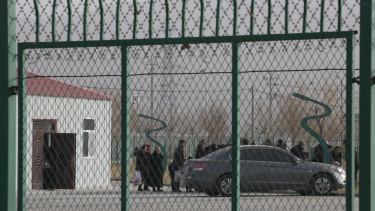 The United States – which has declared that China is committing genocide against the Uighurs – also joined in sanctioning Wang and Chen, having previously imposed sanctions on the other individuals.

“We welcome the EU’s use of this powerful tool to promote accountability for human rights abuse on a global scale.”

It is the first coordinated sanctions effort against Chinese officials, using the Magnitsky mechanism, since the election of US President Joe Biden. 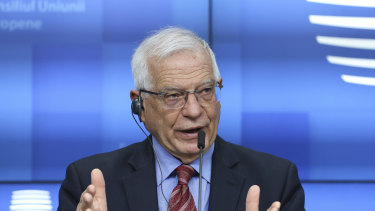 China immediately retaliated by sanctioning ten Europeans, including academics and several parliamentarians who are part of the Inter-Parliamentary Alliance on China which has launched campaigns in support of Australia following China’s trade boycotts.

And although the sanctions were welcomed, the government was accused of announcing the measures in an attempt to “buy off” MPs ahead of a crucial vote on a genocide amendment that would allow British courts to declare that genocide is occurring in Xinjiang.

Foreign secretary Dominic Raab told the Commons that the internment of more than one million Uighurs was “the largest mass detention of an ethnic or religious group since World War II.”

“By acting with our partners we are sending the clearest message to the Chinese government that the international community will not turn a blind eye to such serious and systemic human rights violations,” Raab said.

Canada, which is part of the Five Eyes intelligence-sharing club along with Britain, Australia, United States and New Zealand also joined the coordinated sanctions.

Raab and his Canadian counterpart said in a joint statement that the parallel measures were designed to “send a clear message about the human rights violations and abuses in Xinjiang.”

China’s foreign ministry responded to the European Union’s sanctions – the first to be announced – by announcing counter-sanctions on ten individuals and four entities including MPs belonging to the Inter-Parliamentary Alliance on China.

They and their families are now banned from visiting China.

“The Chinese side urges the EU side to reflect on itself, face squarely the severity of its mistake and redress it,” the foreign ministry said in a statement.

“It must stop lecturing others on human rights and interfering in their internal affairs.

“It must end the hypocritical practice of double standards and stop going further down the wrong path. Otherwise, China will resolutely make further reactions,” the statement warned.

Miriam Lexmann – one of the Members of the European Union sanctioned by China said she would not be silenced.

“These sanctions will only serve to redouble our efforts to ensure that our governments do the utmost to hold the Chinese government accountable for gross violations of human rights,” Lexmann said.