A RUTHLESS chip shop owner has been praised for insulting an unhappy customer.

No-nonsense Gary Moss responded to string of one-star Tripadvisor reviews – even telling one man to "stick his unbattered sausage right up his a***". 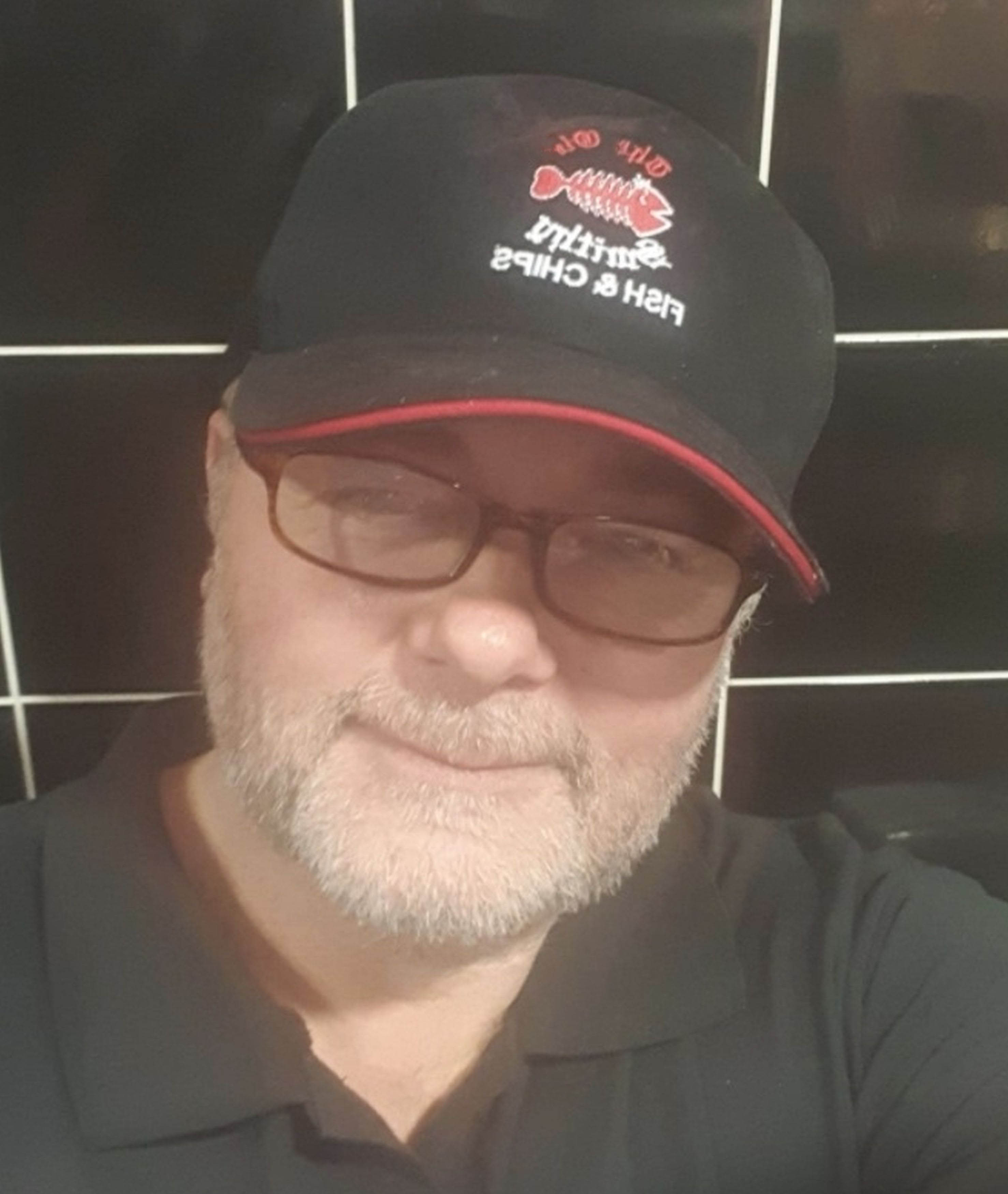 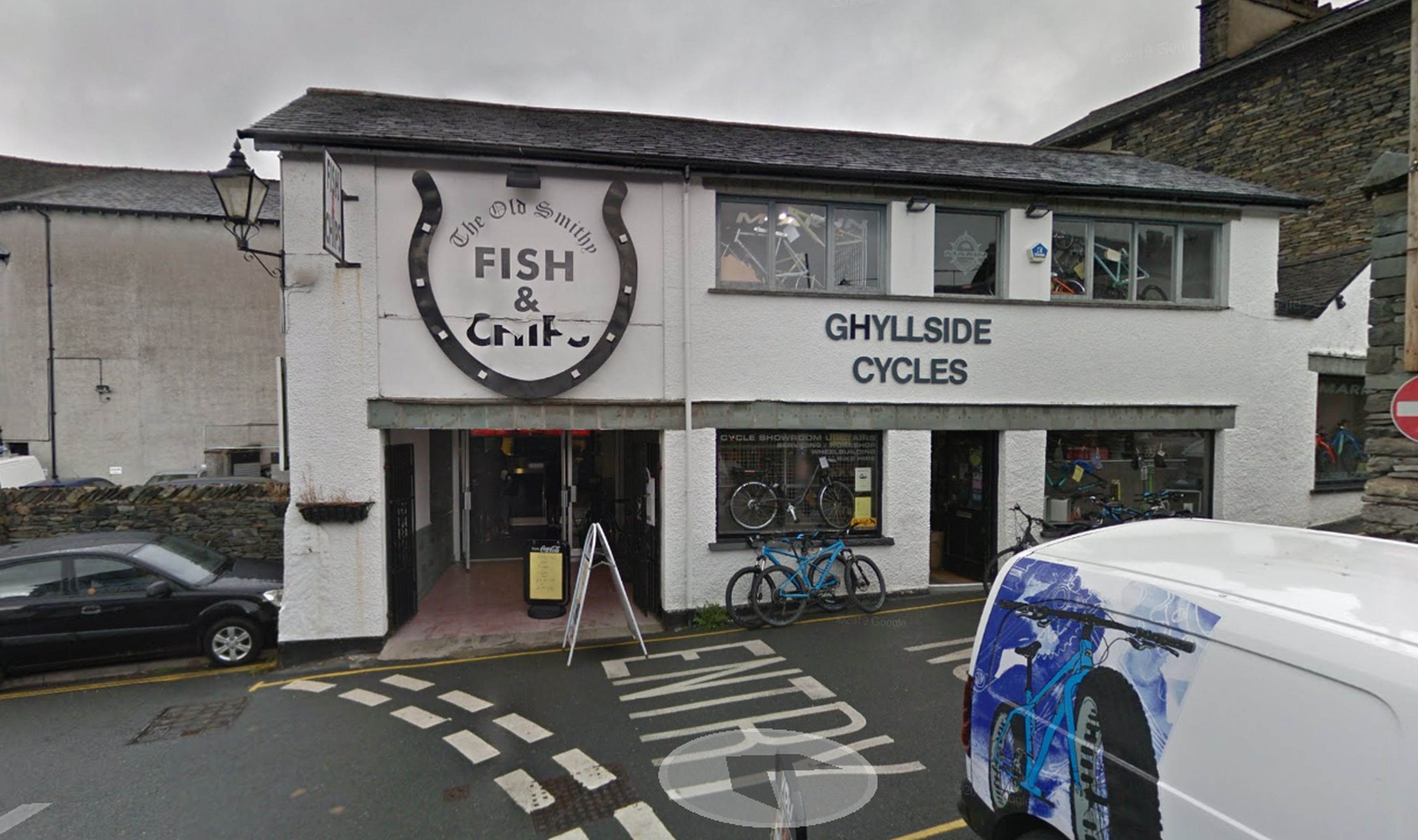 Customer Kyle Cullen had complained The Old Smithy chippy in Ambleside, Cumbria, had refused to serve him a battered sausage.

He left a review on Tripadvisor in which he slammed the shop's customer service – with a host of spelling mistakes.

Gary responded by mocking his spelling and telling the "drop out" to "go back to school" before explaining they only had plain sausages because they were busy.

The 55-year-old owner then told the reviewer he can "stick his unbattered sausage right up his a***" .

Gary has since proudly defended his outbursts as "justified", claiming he's just "standing up for himself" against reviews.

He has also insisted he is actually a "very laid back man" who doesn't have an anger problem.

The dad-of-four believes some of the more recent negative feedback has been left by fake reviewers hoping to elicit a response from him, noting that his "thousands" of regular customers love his food.

Gary, from Windermere, Cumbria, said: "I just don't stand for it. I don't mind giving abuse when they deserve it. I will insult them.

"I don't go swearing at old women and stuff or swearing in front of kids.

"I think comments like that one are rude and insulting, and a one-star review is insulting if it's not justified. I'm sticking up for myself.

"[Kyle] didn't say anything in the shop. He asked 'oh, you can't batter a sausage?' and off he went. If I had time to do it I'd have done it.

"I was too busy and there was a queue of people behind so he'll have known I was busy.

"I reacted like that because there's no need for that one star review. I don't have an anger problem.

"I'm a very laid back, calm person. It just gets under my skin."

Gary added that if someone has a genuine complaint, he is more than willing to listen, but "that is very, very rare".

"In a whole year of running my business I can count my complaints on one hand."

On Tripadvisor, reviewer Kyle wrote: "Found the customer services appealing. We wanted bater [sic] sausages and was out right [sic] told they would not do that."

Garry responded by saying: "Firstly Kyle, go back to school and learn how to spell yo drop out t***.

"So you can take you your unbatterd [sic] sausage and stick it right up your a***.

"Regarding your appalling customer service comment, we always respond to f***s like you within four hours. Regards Gray.

You can take you your unbattered sausage and stick it right up your a***.

A Twitter user called Fin posted a screenshot of the exchange with the caption: "f***ing buckled at the owner of this chippy giving it out to people who leave bad reviews."

Other users were quick to chime in with praise for Gary's approach.

One person said: "It makes me wanna go," while another joked: "My style of customer service."

After Kyle's bad review, others flooded in, including one describing Gary's son as "ignorant" and suggesting customers get better service and food from a nearby restaurant.

Gary told the unhappy visitor, known only as Stephen, to "go f*** himself" and to never return to his chippy.

It follows a flurry of bad reviews of Salt Bae's new London restaurant Nusr-Et, which he is accused of deleting.

The upmarket eatery appears to have erased comments criticising the price of food at the central London outlet, where steaks cost an eye-watering £850.