Four years after Russia-linked groups stoked divisions in the US presidential election on social media platforms, a new report shows that Moscow's campaign hasn't let up and has become harder to detect. 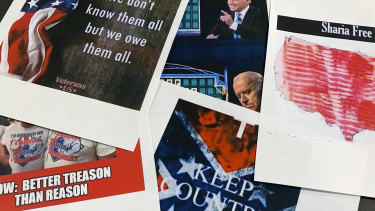 The report from University of Wisconsin-Madison professor Young Mie Kim found that Russia-linked social media accounts are posting about the same divisive issues – race relations, gun laws and immigration – as they did in 2016, when the Kremlin polluted American voters' feeds with messages about the presidential election.

Since then, however, the Russians have grown better at imitating US campaigns and political fan pages online, said Kim, who analysed thousands of posts.

She studied more than 5 million Facebook ads during the 2016 election, identifying Russia's fingerprints on some of the messages through an ad-tracking app. Her review is co-published by the Brennan Centre for Justice, a law and policy institute, where she is a scholar.

The Russian improvements make it harder for voters and social media platforms to identify the foreign interference, Kim said.

"For normal users, it is too subtle to discern the differences," Kim said. "By mimicking domestic actors, with similar logos (and) similar names, they are trying to avoid verification."

In a rare, joint statement Monday, the leaders of America's intelligence agencies cautioned that foreign actors were spreading false information ahead of Super Tuesday to "cause confusion and create doubt in our system."

But intelligence officials have not released any details about the type of disinformation or explained how Americans should protect themselves from it. 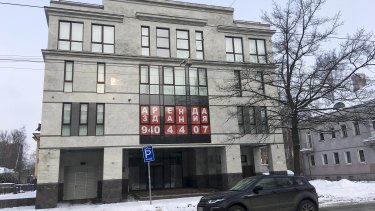 The building known as the “troll factory” in St Petersburg.Credit:AP

Still, it's unclear how much impact – if any – Russian disinformation tactics have had on voters. Some of Russia's social media ads in the 2016 US presidential election were seen by only a handful of people and their impact has been "vastly overstated," Rid said.

But Kim's report pulls back the curtain on some of the online techniques Russia has already used in this year's presidential race, including targeting battleground states with its divisive messaging.

Her review identified thousands of posts last year from more than 30 Instagram accounts, which Facebook removed from the site in October after concluding that they originated from Russia and had links to the Internet Research Agency, a Russian operation that targeted US audiences in 2016. Facebook owns Instagram.

Analysis from Graphika, a disinformation security firm, also concluded at the time that the accounts went to "great lengths to hide their origins."

"We will keep evolving our defences and announcing these influence campaigns, as we did more than 50 times last year," Facebook said in an email.

After getting caught off-guard with Russia's 2016 election interference attempts, Facebook, Google, Twitter and others put safeguards in place to prevent it from happening again.

This includes taking down posts, groups and accounts that engage in "coordinated inauthentic behaviour," and strengthening verification procedures for political ads.

Kim's analysis found the accounts appeared to mimic existing political ones, including one called "Bernie.2020" that used campaign logos to make it seem like it was connected to Sanders' campaign or was a fan page for his supporters, Kim said.

It was posted by an Instagram account called Iowa.Patriot, one of several accounts that targeted specific communities in crucial swing states like Michigan, Ohio and Iowa with messaging.

The accounts also appeared to capitalise on other divisive American issues that emerged after the 2016 election.

Some Instagram accounts pretended to be liberal, feminist groups as fallout from the (hash)MeToo movement, which has exposed sexual misconduct allegations against high-profile public figures. Others targeted conservative women with posts that criticised abortions.

"I don't need feminism, because real feminism is about equal opportunity and respect for women. NOT about abortions, free birth control …." a meme on one account read.

The accounts varied in how often they posted, the size of their following and the traction the posts received. But they carried the hallmarks of a Russian-backed online disinformation campaign, Kim said.

"They're clearly adapting to current affairs," Kim said. "Targeting both sides with messages is very unique to Russia."