Some of the most senior figures to have left the Victorian public service in recent years for jobs in the consultancy sector are back in charge of government agencies or departments.

The Age revealed on Friday that the cost of consultants to the public service departments had blown out by 300 per cent to $175 million last year, with one firm alone charging nearly $37 million for its services, prompting the state opposition to accuse the government of “mismanagement and waste”. 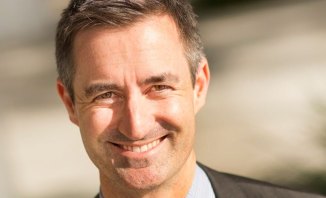 The most high-profile public service boss to leave and then return, former environment department secretary Adam Fennessy, is back in the service after a three-year stint at consulting giant Ernst & Young, where former transport department chief Dean Yates still works.

Mr Fennessy, who has been contacted for comment, is now in charge of public service governance and accountability as the Victorian Public Sector Commissioner after returning to the public service in July 2020.

The Community and Public Sector Union has long been unhappy with the well-worn path from the top of the public service to the consulting firms and has called for a rule excluding senior public servants from going immediately into related private consultancies. A similar rule exists for former members of Parliament.

But Martin Bortz, Honorary Senior Research Fellow at the University of Melbourne School of Government, said the “revolving door” had advantages for both departments and consultants, even if it could result in cosy relationships.

“There are issues of probity there and market competition,” Dr Bortz said. “But at the same time, consulting work is really specialised and if we are going to be farming out all this work to consultants, then it makes sense that they know the space really well.”

The latest senior public servant-turned consultant to return to the public sector fold is Fran Thorn, who quit as Health Department secretary a decade ago and worked at another “big four” consultancy Deloitte. She has now been hired as the chair of the Victorian Gambling and Casino Control Commission, starting early in 2022.

Penny Armytage, who resigned as secretary of Victoria’s Justice Department in 2012 to take a job with KPMG – the most successful firm in winning work from the Victorian public service in 2020-2021 with more than $37 million in fees – returned to the public sector in 2017 as chair of the Transport Accident Commission, before chairing the state’s royal commission into mental health.

There is no suggestion of any inappropriate conduct or conflict of interest on the part of Mr Fennessy, Ms Thorn or Ms Armytage.

The state opposition pursued the government on Friday in Parliament over its spending on consultants.

Shadow treasurer David Davis asked Attorney-General Jaclyn Symes why her department’s spending on consultants had grown by 482 per cent – to more than $11 million – in the 2021 financial year.

The minister told the chamber that her department had endured an “incredibly difficult” period during the coronavirus pandemic and that new activities like hotel quarantine and enforcement of public health restrictions had required outside expertise to be hired.

But the Liberal frontbencher was not impressed by Ms Symes’ answer.

“You’ve got to ask what on Earth we get for those consultants,” Mr Davis told a press conference later in the day.

“I don’t think that any Victorian thinks we got good value from the spending on hotel quarantine. In fact, it drove our economy into the ground because the government botched it.

“This is an example of Labor’s waste and mismanagement.

“Consultants need to deliver good value for money and I think very few Victorians would see this year that an increase of 38 per cent in consultants has delivered any measurable value for Victorians.”