HARVEY Weinstein is “miserable” in his Rikers Island prison cell after falling and hitting his head at the weekend, his spokesman said.

The disgraced movie mogul, 67, was last month convicted of rape and sexual assault and is banged up in the notorious New York jail. 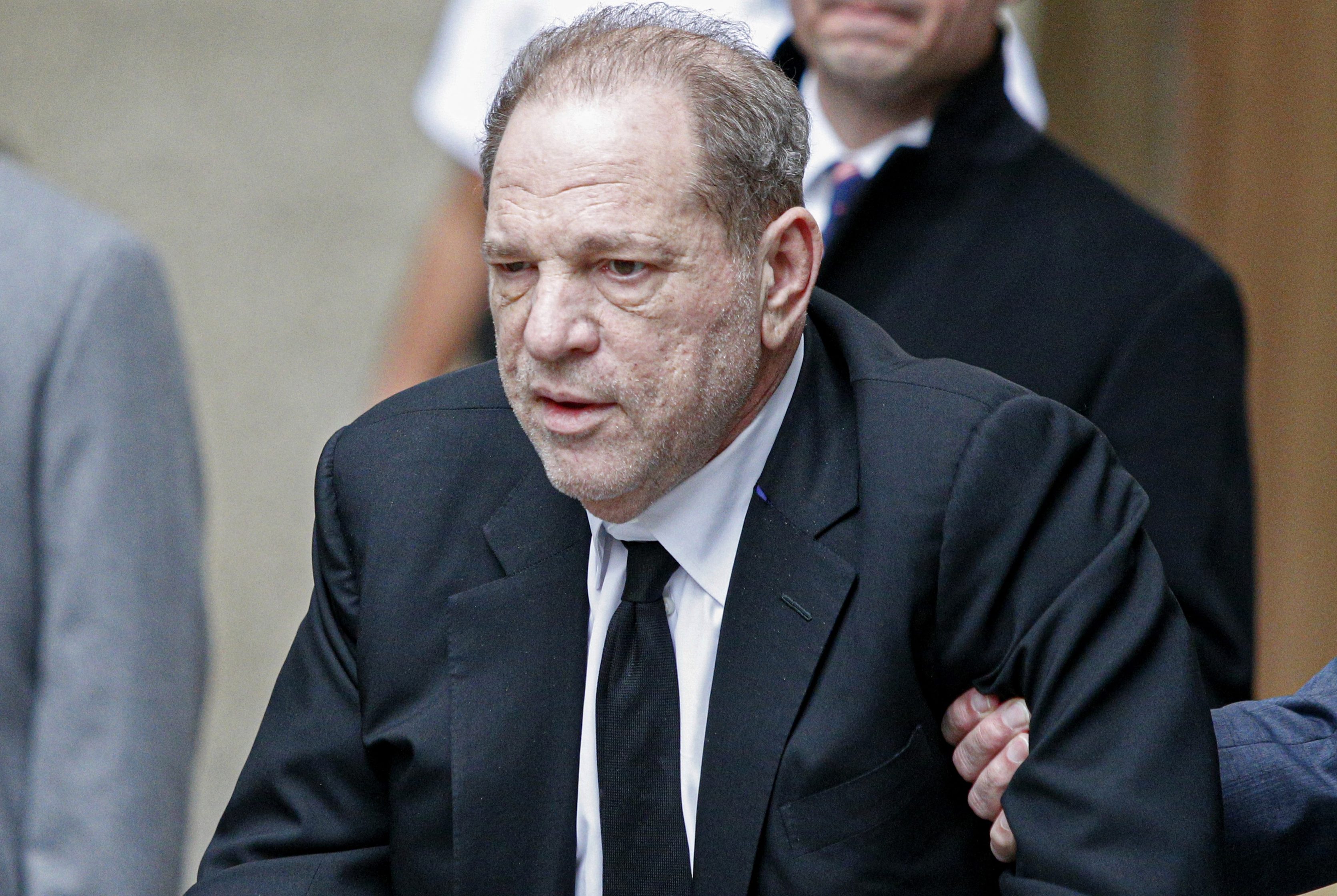 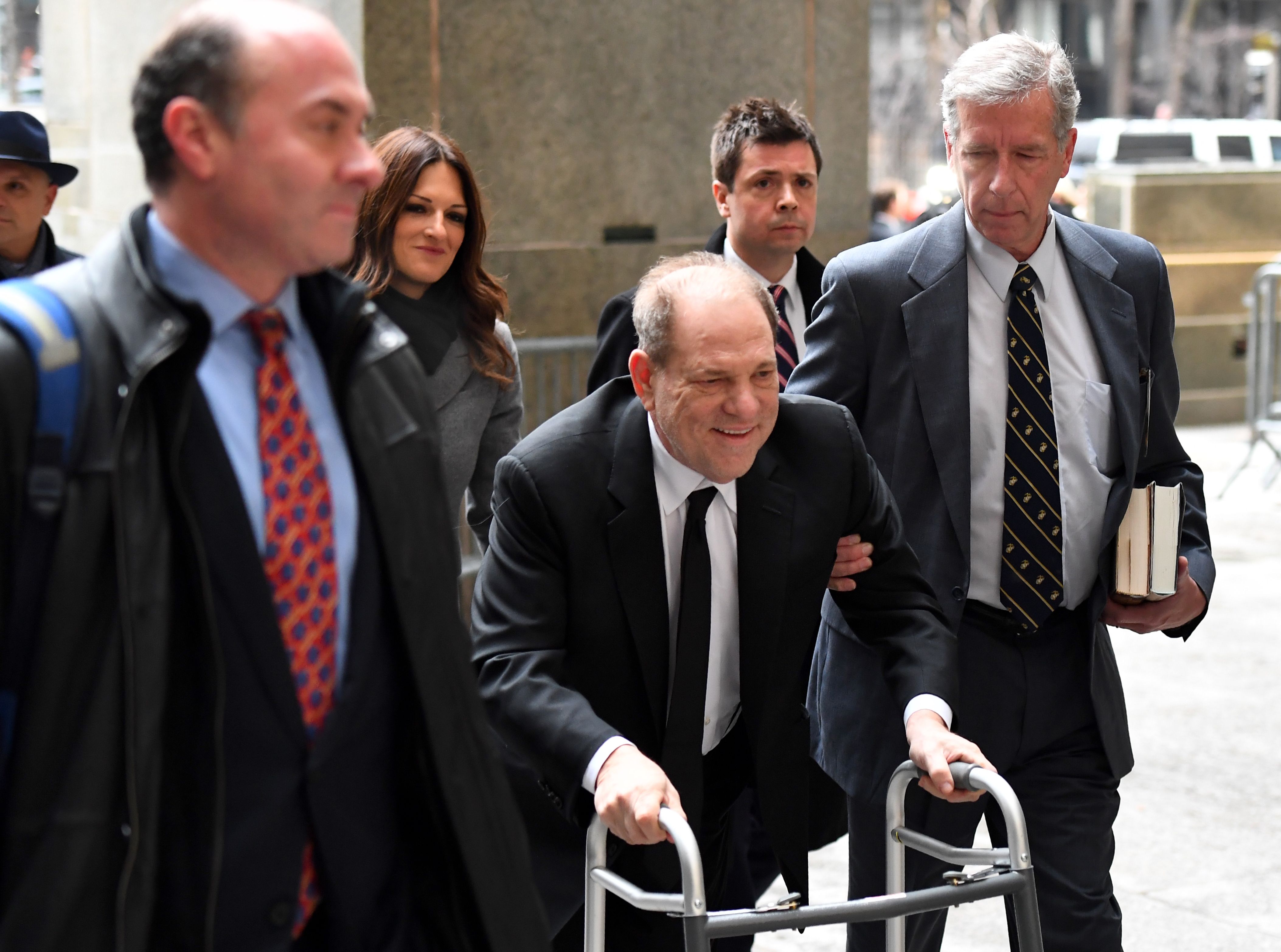 He is currently being held in the North Infirmary Command with two “older gentlemen,” his spokesman Juda Engelmayer said.

Engelmayer added: “He’s miserable but trying to be optimistic as best he can.

“He has had a lot of time to think about his life and be humbled, but he thinks it’s going to be a long, uphill battle from here.”

Describing his new home, Engelmayer said: “It’s a prison cell. It has a sink and toilet, all stainless steel and open.”

On Saturday, Weinstein fell over after trying to walk on his own – as he continues his recovery from back surgery earlier this year, Page Six reports.

The Oscar winner, who produced movies such as Good Will Hunting and Shakespeare In Love, has a wheelchair but finds it difficult to use.

Engelmayer said: “He fell on his head and thinks he has a concussion.

“His head has been pounding since yesterday.”

Rikers Island is notorious for its brutality with hundreds of stabbings each year. 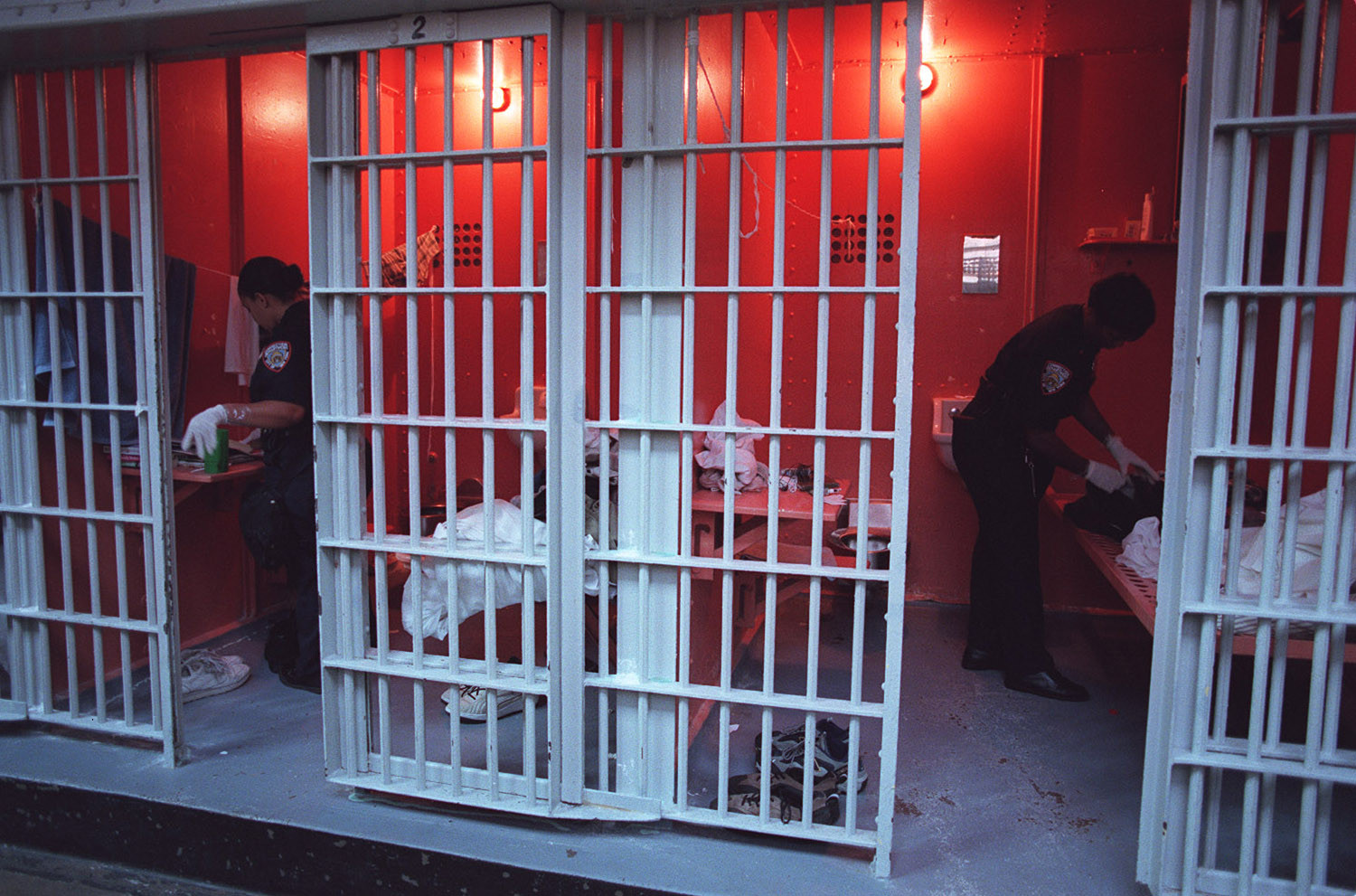 Yesterday, it was reported that Weinstein has a whole floor to himself in the prison- claims which contradict Engelmayer's statement.

The cramped cells are freezing in the winter and boiling hot in the summerTMZ reports he is now holed up on the 6th floor of the main building of the North Infirmary Command.

This holds just over 400 inmates in its two-building facility, housing them in specialized units for their own protection, or for medical reasons.

A 24-hour security system is in place to monitor the disgraced Hollywood producer’s every move amid fears he will try to kill himself.

This includes surveillance cameras and frequent checks by guards.

The movie producer, accused of sexually assaulting dozens of women, was transferred to Rikers Island on March 5.

He had spent nearly two weeks at Bellevue Hospital, where he underwent heart surgery last Wednesday.

Weinstein faces up to 29 years in prison when he’s scheduled to be sentenced March 11.