Australia’s charity regulator has been called on to investigate Scientology amid concerns it is abusing its not-for-profit status.

An investigation by The Age and Sydney Morning Herald found the Church of Scientology had shifted tens of millions of dollars into Australia from offshore and is making significant tax-free profits. Australia, the investigation found, has become an international haven for the religion despite a sharp fall in its number of local adherents. 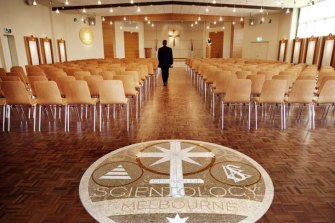 “There is a very clear case for the Australian Charities and Not-for-profits Commission (ACNC) to review Scientology’s charity status,” Mr McKim said. “They should investigate whether Australia is being used as a tax haven for the organisation’s international revenue.”

An ACNC spokeswoman said due to provision in the laws it was unable to comment on the “particular circumstances of a charity.” 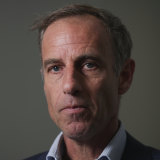 The spokeswoman, speaking in general terms, said charities can make a profit “but any profit must be used for its charitable purposes”.

“For example, a good reason to keep profits may be to save up for a new project, new infrastructure or a building, or to accumulate a reserve so it can continue to be sustainable,” the ACNC spokeswoman said.

The Age and Herald investigation, which is based on dozens of financial reports, indicates the Church of Scientology Australia – where it enjoys possibly its strongest legal protections anywhere in the world – made net profits of $65.4 million between 2013 and 2019. That is despite a sharply falling number of adherents.

Figures for Australia show Scientology’s assets rose from $60.1 million in 2013 to $172.4 million in 2019, which included the building of its “Ideal Advanced Organisation” centre for the Asia Pacific in Chatswood, Sydney. 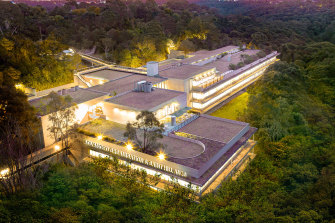 Church of Scientology’s headquarters in Chatswood

Figures for the UK, which are also lodged through the ACNC, similarly show increasing wealth, with nearly $150 million in assets, a near tripling since 2013. In total $326 million of Scientology assets are now owned through Australia.

Labor’s shadow assistant minister for charities, Andrew Leigh, said Scientology needed to explain itself and provide “greater clarity” over its structure and finances.

“It would be in the interest of the Church of Scientology to provide more information about how the broader Australian community benefits from their tax deductible status,” he said.

“Many who have seen the documentary Going Clear will have concerns that Scientology operates quite differently from other religions.”

Scientology has been repeatedly accused of abuses including forced labour and forced abortions. It denies the allegations.

Assistant treasurer Michael Sukkar, through a spokeswoman, said the ACNC was an independent regulator “which takes all concerns seriously”.

“Due to secrecy provisions, the ACNC is prevented from providing the public with information or updates about how a concern is being progressed.”

“There is no accumulation of ‘profits’ as you suggest,” Ms Pouw said. “All of the church’s funds are dedicated to furthering its religious and charitable mission.”

She said Scientology “is in the midst of an explosive expansion in Australia, ongoing since 2007″ with new facilities in Melbourne, Sydney and Perth. She did not answer a question on whether she agreed with the 2016 census data which reported Scientology had fewer than 1700 followers – down by a third in a decade.

The build-up of wealth is helped by Australia’s generous regulatory treatment of Scientology, its tax-free status and its protections as a religion after a landmark High Court decision in 1983. In much of the world, Scientology is not afforded that tax status or classed as a religion.

Do you know more? Send a confidential message to benschneiders@protonmail.com