Princess, aged 11, was being lined up for forced marriage to notorious crown prince of Saudi Arabia Mohammad bin Salman in deal with her billionaire Dubai ruler father, court hears

A princess aged 11 was being lined up for a forced marriage to the notorious crown prince of Saudi Arabia, Mohammed Bin Salman, the court heard.

Known as MBS in the desert kingdom, Bin Salman allegedly ordered the murder of Washington Post journalist Jamal Khashoggi in 2018.

And in January of this year, he was accused of hacking the phone of the world’s richest man, Amazon owner Jeff Bezos.

Princess Jalila’s’s father Sheikh Maktoum, the ruler of Dubai, allegedly discussed arrangements to force her into an arranged marriage with Bin Salman in February 2019, according to her mother Princess Haya, who said it was a key reason she fled to the UK with both of her children. 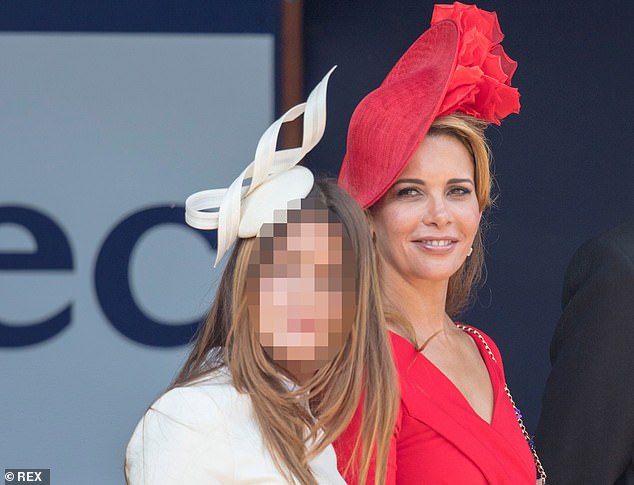 Princess Haya with her daughter Jalila (with face obscured), at Epsom racecourse in June 2018 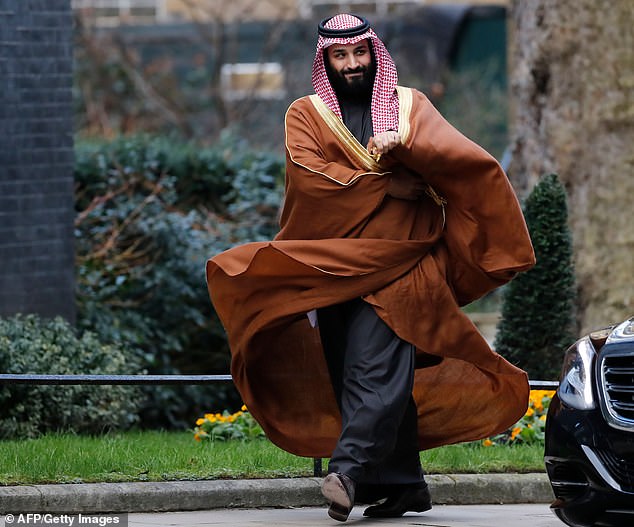 Bin Salman, 34, who already has one wife, was at the centre of international outrage after he was blamed for the horrific killing of regime critic Mr Khashoggi, who was butchered inside the Saudi consulate in Istanbul in 2018.

Sheikh Maktoum strenuously denied the claims. His QC, Alex Verdan, told the court: ‘None of his children have forced marriages or were betrothed at this age. There has never been such a plan, a person to whom Jalila is betrothed.

‘There have been no forced marriages. That is not what this father does with his daughters – there are about 13 of them – at this age.’ 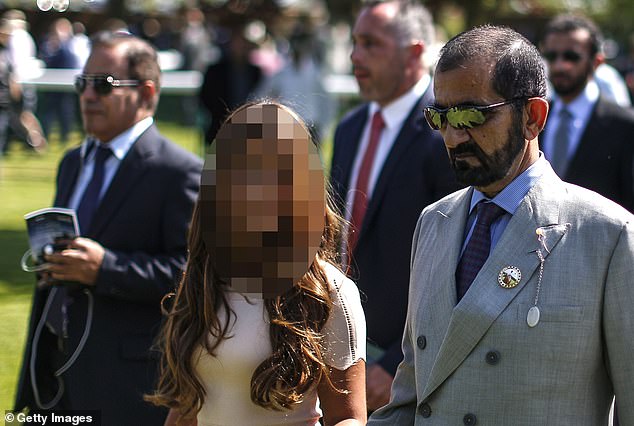 Princess Jalila’s’s father Sheikh Maktoum, (right) the ruler of Dubai, allegedly discussed arrangements to force her into an arranged marriage with Bin Salman in February 2019

But after months of hearings, the judge said the mother’s claims were based on ‘hearsay’ evidence that fell short of the required standard of proof, adding: ‘I do not, in the circumstances, find this allegation proved.’

Here is a timeline of events in the case.

Summer 2000 – During a visit to England, Shamsa runs away from her family and seeks immigration advice to try and stay in the UK.

August 2000 – Shamsa is taken from the streets of Cambridge by men working for her father.

She is taken to her father’s home in Newmarket, before being taken by helicopter to France and then to Dubai. She has not been seen in public since.

March 2001 – A woman claiming to be Shamsa contacts Cambridgeshire Police, saying she has been taken from England to Dubai.

December 2001 – The Guardian publishes an article suggesting Shamsa has been abducted from the UK.

February/March 2018 – A video of Latifa is uploaded to the internet, in which she gives a detailed account of important events in her life. She also describes what she knows about her sister Shamsa’s time in England and her subsequent abduction.

December 6, 2018 – The BBC broadcasts a documentary called Escape From Dubai: The Mystery Of The Missing Princess.

February 7, 2019 – Sheikh Mohammed divorces Princess Haya under sharia law without her knowledge. She says this date, which coincides with the 20th anniversary of her father’s death, is deliberately chosen to ‘maximise insult and upset to her’.

April 15 – Princess Haya travels to the UK with Jalila and Zayed.

May 14 – Sheikh Mohammed issues proceedings at the High Court in London seeking the summary return of his two children with Princess Haya to Dubai.

May 22 – First High Court hearing before Mr Justice Moor – the media, who are unaware of the hearing or even the proceedings, do not attend.

July 16 – On the eve of a ‘scoping hearing’ to consider media issues before Sir Andrew McFarlane, president of the family division of the High Court, Princess Haya issues applications to make the children wards of court, for a forced marriage protection order and for a non-molestation order.

July 17 – Three journalists attend and lawyers for Sheikh Mohammed apply for them to be excluded. Sir Andrew says the hearing is relatively short while those in court ‘simply scope out what lies before us’ and to consider what information, if any, should be given to the media. The judge adds that the parties will issue a short statement explaining the nature of the proceedings.

July 18 – With the permission of the court, the parties release the following statement: ‘The parties to these proceedings are HH Sheikh Mohammed bin Rashid Al Maktoum and HRH Princess Haya Bint Al Hussein. These proceedings are concerned with the welfare of the two children of their marriage and do not concern divorce or finances.’

July 30 – At a hearing to work out issues, including the question of media reporting and to how to proceed to a final hearing to determine the welfare issues, Sir Andrew allows the media to report that Sheikh Mohammed has applied for the summary return of the children to Dubai, and that Princess Haya has applied for the children to be made wards of court, for a non-molestation order and a forced marriage protection order.

November 12-13 – Sir Andrew conducts a hearing to make findings of fact in relation to Princess Haya’s allegations against Sheikh Mohammed.

December 11 – The judge delivers his ruling on the fact-finding hearing. However, strict reporting restrictions preventing its publication remain in force.

January 17, 2020 – The judge delivers a ruling on a series of ‘assurances and waivers’ given by Sheikh Mohammed to Princess Haya. He also conducts a hearing to determine whether his earlier rulings should be made public.

January 27 – Sir Andrew concludes that his earlier rulings should be published, but the publication is postponed pending a Court of Appeal challenge by Sheikh Mohammed to this decision.

March 5 – The Supreme Court announces that it has refused permission to appeal and all previous rulings are made public.

The judge’s conclusions are that Princess Haya was subjected to a sustained campaign of fear and intimidation by her former husband. He also finds that Shamsa and Latifa were abducted on their father’s orders.