A 6.5 magnitude earthquake shook the island of Crete in southern Greece on Monday morning, damaging several buildings and trapping citizens in collapsed structures.

The epicentre of the quake, which hit at 9:17am local time (6:17am GMT), was 14 miles northwest of Arvi – roughly 153 miles southeast of Athens – and six miles deep, according to the Athens Geodynamic Institute.

The quake sent citizens rushing out into the streets and triggered the evacuation of schools with two people reported trapped in collapsed buildings.

One person has been reported killed in the island’s central village of Arkalohori due to falling debris according to Greek channel ERT, but no reports of further injuries have yet been made.

Earlier the European Mediterranean Seismological Centre (EMSC) said the earthquake reached a magnitude of 6.5, while the United States Geological Survey (USGS) put it at 6.0.

Several aftershocks also struck the area, with the EMSC giving a preliminary magnitude of 4.6 for the strongest one. 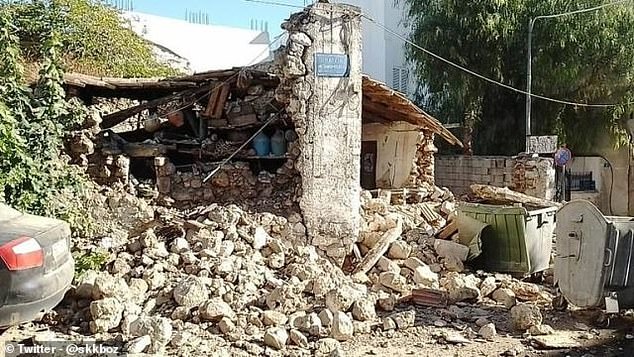 Several structures in Heraklion were damaged by the 6.5 magnitude quake, though no reports of injuries have yet been made 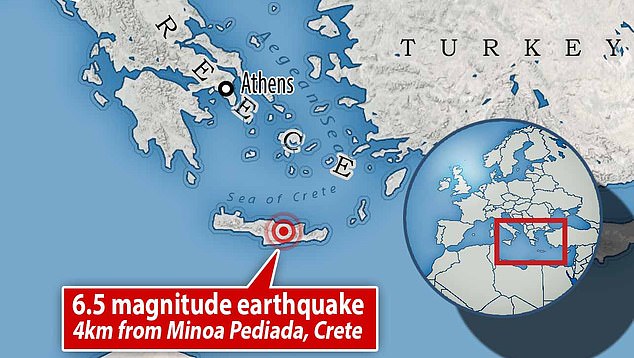 Several aftershocks also struck the area, with the EMSC giving a preliminary magnitude of 4.6 for the strongest one 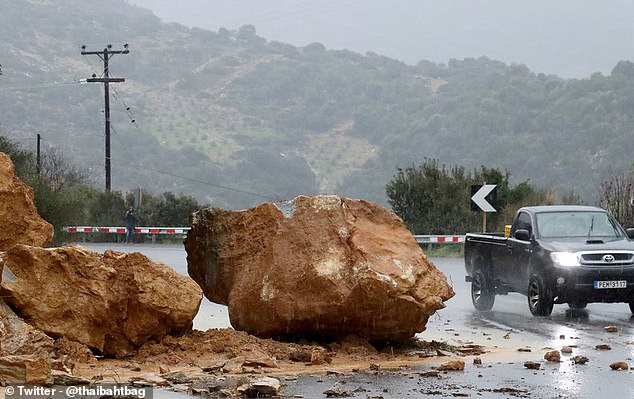 A 6.5 magnitude earthquake shook the island of Crete in southern Greece on Monday morning, damaging several buildings and trapping citizens in collapsed structures.

Local media in Crete reported some damage, mainly with collapsing walls of old stone buildings in villages near the epicentre of the quake on the eastern part of the island.

Rescue operations are now underway in Arkalohori, which appears to be the worst hit by the quake, as well as the village of Patsideros.

Authorities have deployed helicopters to assess the extent of the damage and direct rescue teams, and have already received reports of significant damage to water supply networks as well as buildings.

Earlier today, the mayor of Arkalohori village at the centre of the island told Skai TV that several buildings had been damaged and two people were trapped, one in a church when the dome collapsed during maintenance work, and another in a home.

Meanwhile, the mayor of Crete’s largest coastal city Heraklion, Vassilis Lambrinos, told Skai TV that there were no immediate reports from emergency services of any injuries or severe damage in his city, but confirmed all schools have been evacuated as authorities check buildings for structural damage. 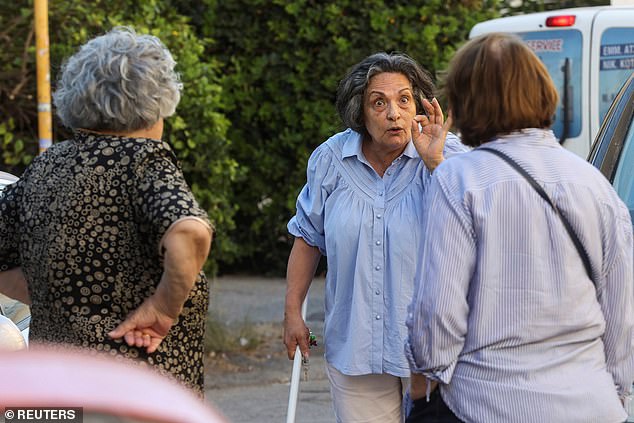 A local reacts following an earthquake in Heraklion on the island of Crete, Greece, September 27, 2021. The earthquake sent residents flocking into the streets to avoid being trapped in their homes, while all schools have been evacuated