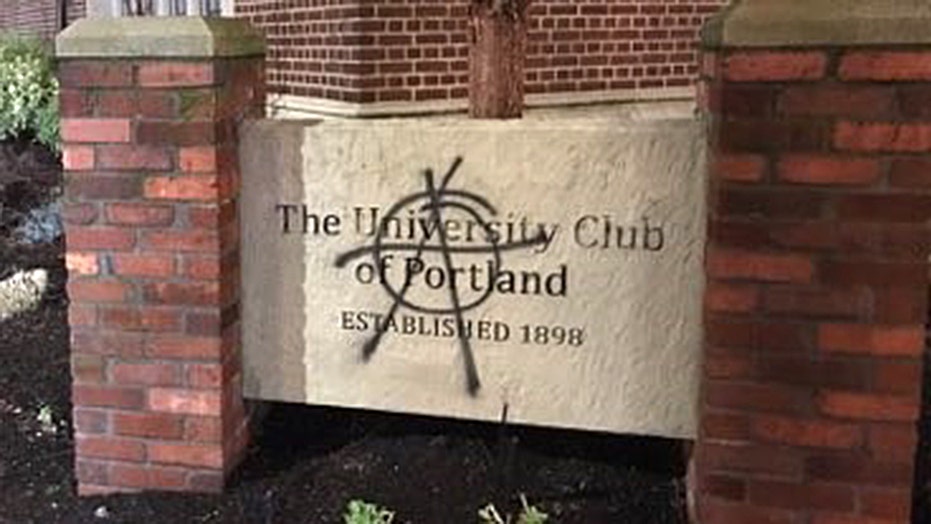 The group assembled in the city’s Director Park before marching downtown around 7 p.m., police said in a press release Thursday. While marching, members of the crowd broke windows, fired paintballs and spray-painted several buildings, including City Hall, and the Portland Police Bureau. 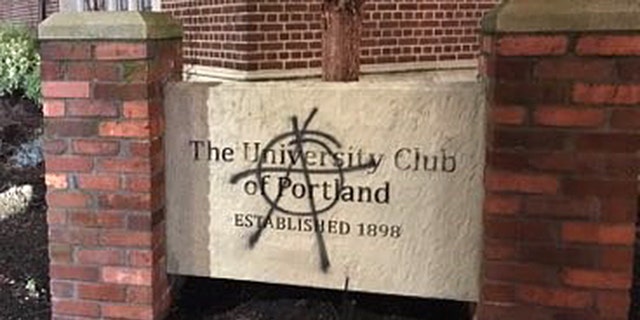 The University Club of Portland, one of many properties that was vandalized Wednesday evening.
(Portland Police Bureau)

Police said officers attempted to contact someone in the march, but their vehicle was spray painted as well.

No arrests were made. Investigators are asking anyone with information about the vandalism to contact police at crimetips@portlandoregon.gov.

Portland came into the national spotlight over the summer after protests broke out in reaction to the police custody death of George Floyd in Minneapolis. For more than 100 consecutive nights, the city became marred by violence. The demonstrations reached a peak in late July when President Donald Trump deployed federal law enforcement agents to stop attacks on a federal courthouse and other U.S. property.

Portland, and other major metropolitan areas in the U.S., has had a significant surge in crime this year, according to recent statistics. At least 850 shootings were reported year to date as of Dec. 24, which is a 116% increase from the 393 incidents recorded year over year. Additionally, there was a 93% increase in shootings. This year, 228 were shot, and 118 were shot last year.