Home » World News » Police carry out huge four-day search for man, 77, who had been found

Norfolk Police launch probe after carrying out huge FOUR DAY search for dementia-hit man, 77, who had been found by Met officers on day he went missing and taken to hospital

Norfolk police have launched a probe after carrying out a four-day search for a  pensioner who had already been found by London officers and taken to hospital.

John Boyd, 77, disappeared from fields near his home in Downham Market, Norfolk, on January 4, prompting Norfolk Police to launch a major search for the pensioner.

The force sent in teams of officers to hunt through dense, prickly undergrowth and along flooded farmland in a massive four-day search for Mr Boyd, who has dementia.

But Mr Boyd, a Salvation Army officer, had in fact been found by Metropolitan Police officers at King’s Cross station in London just hours after he was reported missing and taken to hospital.

Norfolk Police said it would be launching a review to look into why it took four days to identify Mr Boyd, who was described by police as having ‘vulnerabilities’. 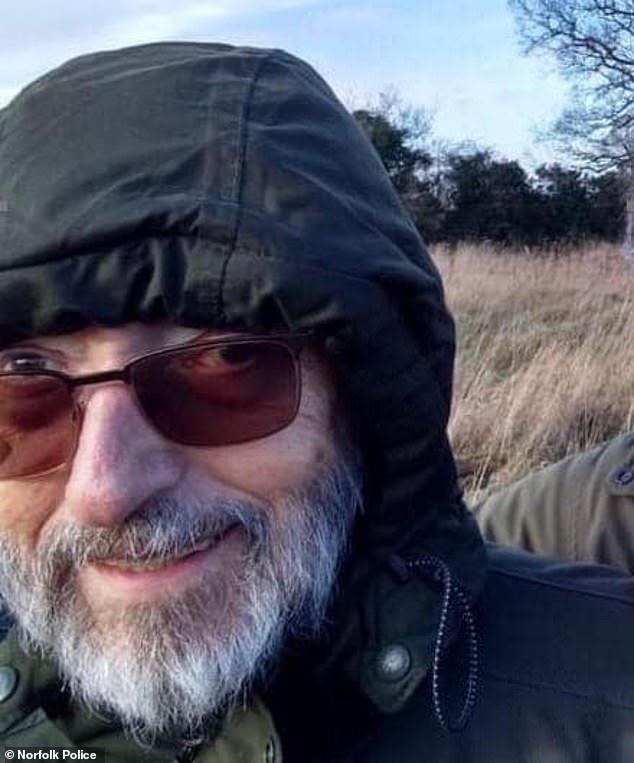 John Boyd (pictured), 77, disappeared from fields near his home in Downham Market, Norfolk, on January 4 prompting Norfolk Police to launch a major search for the pensioner

Chief Superintendent David Buckley, Norfolk’s County Policing Commander, said: ‘As a matter of course, we will be speaking with partner agencies in London to see if there are any lessons to learn to make sure there were no missed opportunities which could have led to John being identified as found sooner.’

The four-day hunt saw police put up missing’ posters with his photograph in shops, pubs and even on lamp posts and village notice boards amid fears he was wandering around with no warm clothes or food.

An appeal for help went out in the local Press, and police used drones to do aerial searches of the countryside, as officers went from door to door asking residents to check their CCTV.

Checks were made at local hospitals, taxi drivers were quizzed in case they had picked him up, broadcasts were made on local TV and radio, and parents taking children to school were asked to look out for him.

CCTV at Downham Market train station, controlled by British Transport Police, was checked but they said he had not been seen on any footage at the station or boarding any trains.

Police teams also looked through fields alongside the A10 on the eastern edge of Downham Market and his disappearance was circulated on national police systems. 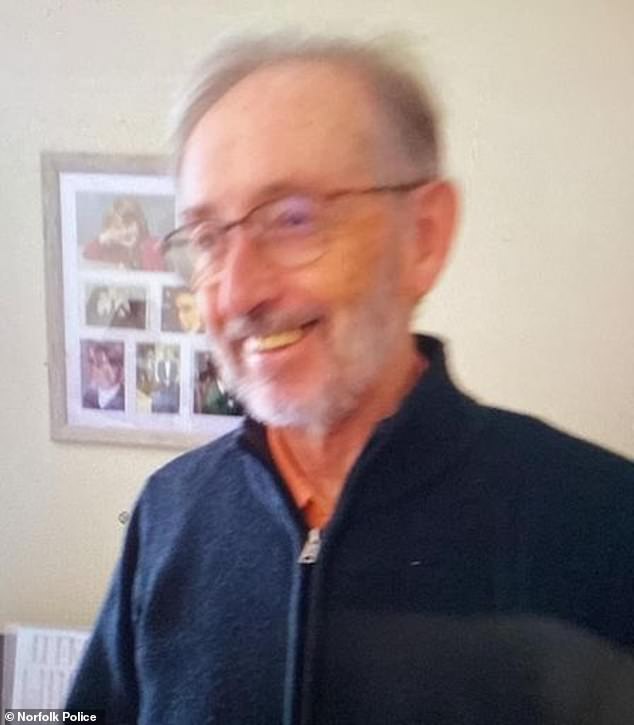 But, unbeknownst to them all, Mr Boyd had been found at King’s Cross station just hours after he disappeared on Tuesday and had been taken to hospital.

A TV appeal by Chief Inspector Rob Button of Norfolk Police finally prompted his discovery, and on January 8, his family were informed that he had been found.

Chief Superintendent Buckley said: ‘Our ongoing work and subsequent television appeal revealed that John had, in fact, travelled to King’s Cross train station, where he was found by officers from the local force and taken to hospital where he remained safe, being cared for by hospital staff.

‘Due to John’s vulnerabilities, no one in London knew who he was until seeing the television appeal.

‘This resulted in Norfolk Police being contacted and our enquiries moved to London where we were able to confirm it was John.’

Ch Supt Buckley said police had concentrated their search to the local Downham Market area because their searches are ‘always informed by proximity’ and all evidence suggested that is where he would be.

He added: ‘Clearly, the most important thing is that John is safe and well.’

Ch Supt Buckley said ‘how pleased’ Norfolk Police were that Mr Boyd has been reunited with his family and thanked local communities and volunteers for their support in the search. 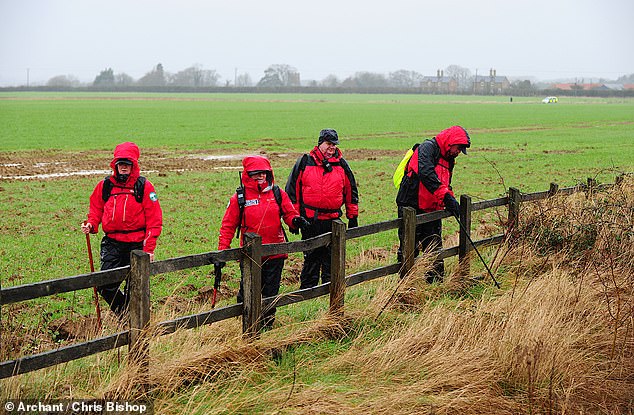 The force sent in teams of officers to hunt through dense, prickly undergrowth and along flooded farmland in a massive four-day search for Mr Boyd, who has dementia 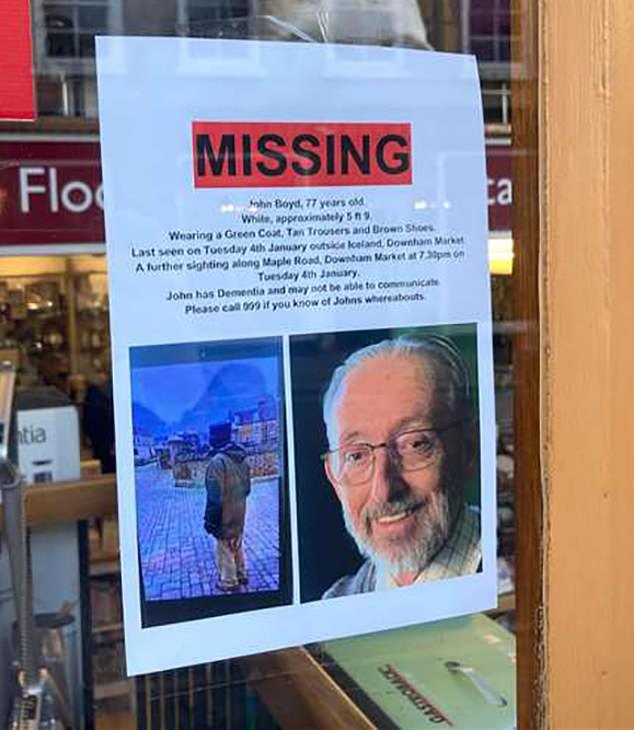 Norfolk Police said it would be reviewing why it took four days to identify Mr Boyd, who was described by police as having ‘vulnerabilities’. Pictured: Missing person poster for Mr Boyd

Mr Boyd’s son Nigel said: ‘We as a family would like to thank the people of Downham for their kindness and support in the past week. We have been overwhelmed by the response.

‘We would like to extend special thanks to those who braved the conditions and gone out to search for him. This truly is a remarkable community.’

Mr Boyd’s granddaughter Ruth Walford told the BBC she was ‘completely overwhelmed’ by the response from the local community.

She continued: ‘It’s so overwhelming and we’re so over the moon, it genuinely feels like a bit of miracle.

‘It was probably the toughest week of my life. We were increasingly braced for the worst.’

A relative confirmed on social media that Mr Boyd was found at King’s Cross in London on Tuesday evening and was being looked after in a London hospital.

They said: ‘John has been found safe and well and will be coming home shortly.

‘We are eternally grateful for all you have done, the community is truly remarkable and we feel blessed to call you our neighbours. You are all heroes.’

One resident who joined the search party said they were ‘overjoyed’ that Mr Boyd had been found safe and well saying they ‘couldn’t have asked for a happier ending’.

Downham Market mayor Jenny Groom said she was aware of at least 300 people who went out to look for Mr Boyd and said it was ‘overwhelming’ that he had been found alive and well.