Boris Johnson tonight snubbed a plea from Nicola Sturgeon for direct talks as she accused him of ‘sleepwalking’ into an Omicron crisis.

Downing Street said there are no plans for a call with the SNP leader despite her ‘urgent’ demand to speak to him.

The response came after Ms Sturgeon insisted the UK Government must provide more cash to support the tough guidance on socialising at Christmas she issued earlier this week.

In a hint that furlough and grants for businesses should return, she told Holyrood that the scale of funding should be the same as earlier in the pandemic.

Mr Johnson has dismissed claims that he is imposing ‘lockdown by stealth’ in England, with stricken bars and restaurants complaining that customers have abandoned them after grim warnings at a Downing Street press conference last night.

He stressed that a package of support is still in place, but the government’s main focus is on keeping establishments open as much as possible.

Hospitality firms have been holding talks with Chancellor Rishi Sunak as they push for more financial backing.

Speaking to MSPs, Ms Sturgeon said she had written to Mr Johnson ‘appealing to him to put the necessary support schemes in place’.

She said she was ‘profoundly concerned by the scale and the immediacy of the challenge’ that the new strain of the virus poses. 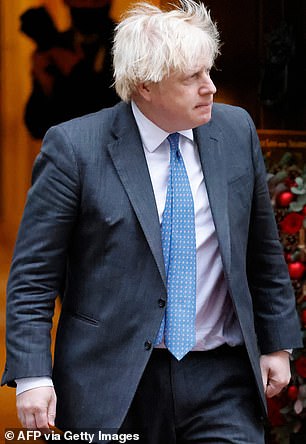 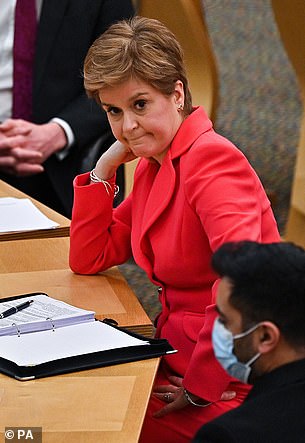 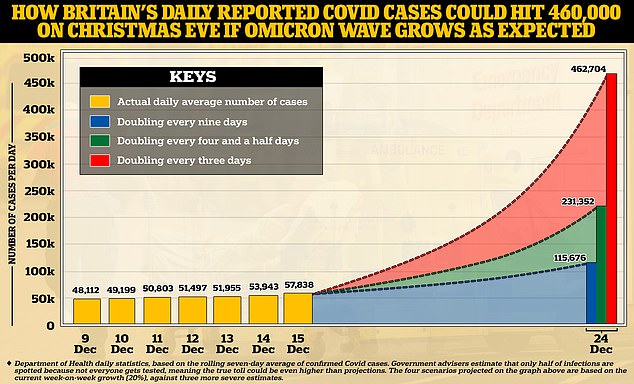 Earlier this week, the First Minister issued guidance for people to reduce their social interactions, calling for any festive meet-ups to be restricted to a maximum of three households.

She said today that she was ‘acutely aware of and deeply concerned about the considerable impact’ this could have on businesses.

To help them cope, she said the ‘scale of financial support’ that was put in place earlier in the pandemic was needed once again.

But Ms Sturgeon told Holyrood: ‘There are simply no mechanisms available to the devolved administrations to trigger the scale of finance needed to support such schemes.

‘We need the UK Government to act urgently and in the same way some other countries are already doing.’

She said the issue needs the ‘urgent engagement’ of both the PM and Mr Sunak.

‘We must not sleepwalk into an emergency that for both health and business will be much greater as a result of inaction than it will be if we act firmly and strongly now,’ she said.

‘I have therefore written to the Prime Minister this morning appealing to him to put the necessary support schemes in place. Such is the urgency I’ve asked to speak to him directly later today.’

Ms Sturgeon said: ‘Omicron is doubling every two to three days in Scotland. In parts of the UK the doubling time is currently less than two days. Lives again are at risk here, livelihoods are at risk, and the NHS is at risk.’

With the virus ‘raging’, she hit out at Mr Sunak for travelling to California on official business.

Ms Sturgeon said: ‘What businesses want, and what businesses need more than anything right now, is the Chancellor of the Exchequer at his desk putting the financial support schemes in place that will stop them going to the wall.’

Asked whether Mr Johnson would talk to Ms Sturgeon, a spokesman for the PM said: ‘I think you are aware that yesterday there was a Cobra meeting that involved the devolved administrations that was led by Michael Gove.

‘That meeting was in place to discuss our ongoing commitment to work together to tackle Covid-19 and an agreement to stay in close touch in the lead up to Christmas.’

Pushed on the prospects of a meeting, the spokesman said: ‘I haven’t got any calls or meetings to update you on but as I say we continue to regularly speak to devolved administrations and we will continue to work with them as we have done throughout the pandemic.’

The spokesman went on: ‘We understand this is a concerning time for hospitality sector and we are closely monitoring the impact of the virus on the economy.

‘You are aware that there is already significant support in place until spring next year, including business rates relief and VAT reduction for hospitality businesses in England.

‘And as we said this morning the Chancellor and the Chief Secretary to the Treasury have been speaking to businesses in the hospitality sector this afternoon. 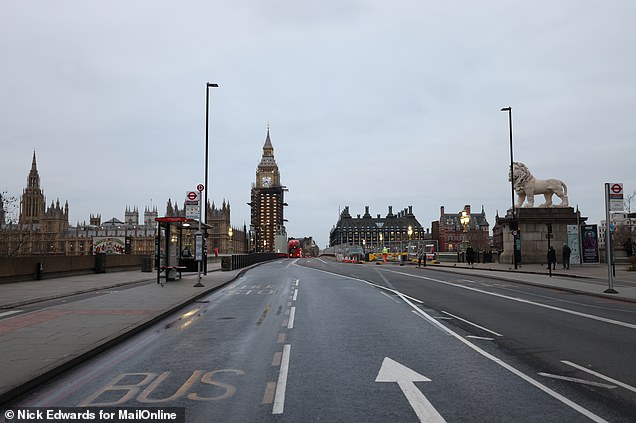 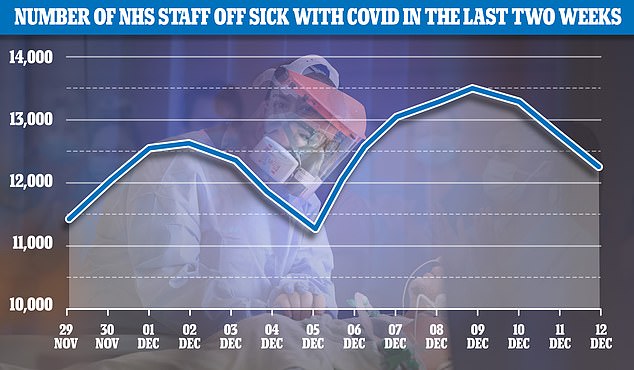 Such huge numbers could partially paralyse the country, causing ‘huge disruption from people being off work’ and threatening key services including the NHS and police, experts claimed. Graph shows: The number of NHS staff off work with Covid every day over the last two weeks. Dips on December 5 and 12 occurred on Sundays, when fewer staff are working and therefore less absences are expected. Figures are expected to increase in the coming weeks 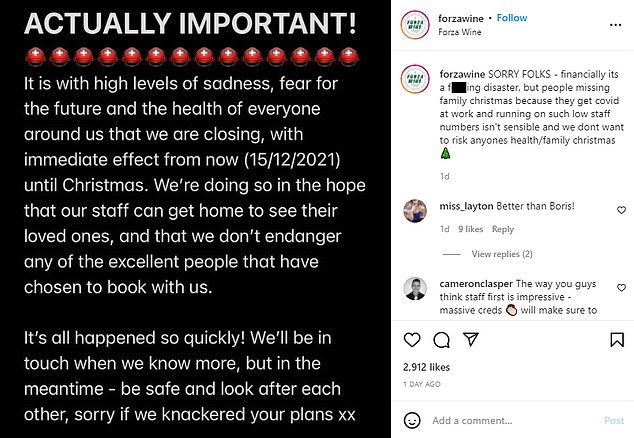 ‘But again, you are aware of the support that is already in place.’

While the Scottish Government is providing £100million to help businesses in sectors such as hospitality, which are now struggling because of the new advice, the First Minister conceded this was ‘not enough’.

She added this is ‘why we need the Chancellor and the Prime Minister to do their jobs and to get proper financial support in place for businesses as quickly as is possible’.

Ms Sturgeon warned MSPs that it ‘seems likely that by tomorrow Omicron will be the dominant strain circulating in Scotland’.

She added that ‘because of its much higher transmissibility, this will drive an even more rapid increase in cases’.

‘Omicron is spreading exceptionally fast, much faster than anything so far experienced in the pandemic,’ she said.

‘I am profoundly concerned by the scale and the immediacy of the challenge it poses.’

Ms Sturgeon added: ‘We must understand Omicron is currently running faster than even the fastest rollout of vaccines.’