‘If any of these children are jabbed, we’ll see you in court’: Parents accuse school of GBH and threaten to sue if their teenagers are given Covid jabs without permission

Parents have served a ‘cease and desist’ legal notice on a school threatening to sue and potentially pursue GBH charges – if kids are given Covid jabs without parental consent.

The 17 parents of kids in years seven, eight and nine at Tretherras School, in Newquay, Cornwall, have signed the letter.

This autumn all kids aged 12 to 15 years are being offered the first dose of the Pfizer COVID-19 vaccine, and government guidance says parents are ‘asked for consent’.

But if it is refused and the child is deemed ‘competent’ then ‘the parent cannot overrule the decision’ and the child can ‘legally give consent’.

But parents at the Cornish school have hit back with a legal letter to the head, year leaders, safeguarding team and governors. 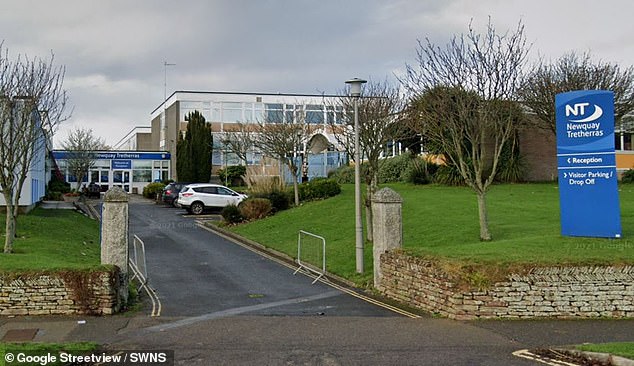 The 17 parents of kids in years seven, eight and nine at Tretherras School (pictured), in Newquay, Cornwall, have served a ‘cease and desist’ legal notice on a school threatening to sue and potentially pursue GBH charges – if kids are given Covid jabs without parental consent

The collective believe their kids should not be given the vaccine because clinical trails are ongoing and there is a ‘lack of long term data’.

The notice says they want the school to promise not to use Gillick Competency on kids under 16 – where a child is considered competent in making an informed personal decision without parental consent.

The parents want the school to confirm it won’t vaccinate kids without parental consent, and the date of any proposed jabs.

It threatens to sue if the school ‘fails to satisfy my concerns’, in the letter dated September 26.

The legal letter also said they will ‘bring a case of harassment and emotional harm’ against the school should ‘further harassment by school staff of our children regarding the wearing of masks’.

A parent who signed the letter, and has a 13-year-old boy at the school, said: ‘We decided as a group that our children don’t need the jab. 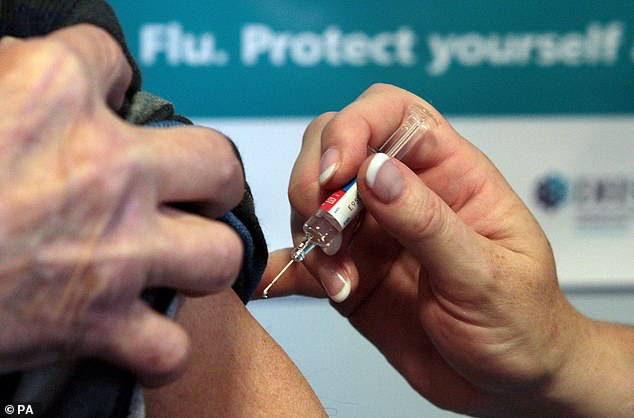 This autumn all kids aged 12 to 15 years are being offered the first dose of the Pfizer COVID-19 vaccine, and government guidance says parents are ‘asked for consent’ (stock image)

‘We feel there is no long term data.

‘If an adult wants to take the decision to get themselves vaccinated when a vaccine is still on trial, that’s their choice.

‘But we believe children as young as 12 cannot make that decision with full awareness of the dangers.

‘They’re not allowed to have sex until 16 or smoke before 18 but they can have a vaccination that’s still on trial – the school can’t even give a child a spoonful of Calpol.

‘We aren’t anti-vax – we’ve all had our other jabs – we just don’t believe in giving our children vaccines on trial.

‘That’s why as a group we have put the school on legal notice – and basically said ‘If any of these children listed are jabbed, we’ll see you in court’.’

‘There is incredibly scant informed consent regarding the mRNA for adults, yet alone children. If an adult cannot be fully informed about an invasive medical procedure, a person under 15 certainly can’t. 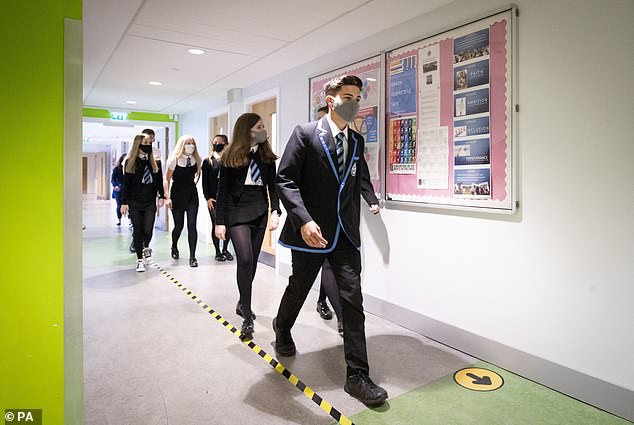 If it is refused and the child is deemed ‘competent’ then ‘the parent cannot overrule the decision’ and the child can ‘legally give consent’. But parents at the Cornish school have hit back with a legal letter to the head, year leaders, safeguarding team and governors (stock image)

‘The suppliers of the drug as yet have no evidence as to what the medium- and long-term effects of the drug will be.

‘It would seem the risk-v-benefit of children receiving the drug is hugely imbalanced towards risk.

‘Should the school or local NHS team decide to coerce those children who have not consented to have the drug to receive it – by comparing it to a flu jab or using peer pressure to persuade the kids that their decision should be changed – we are prepared to instigate legal action.’

The government announced the rollout of an in-school vaccination programme of 12-15 year olds last month.

Schoolchildren aged between 12 and 15 will be vaccinated this autumn after parents are contacted to give consent – but in cases where the parents refuse, the children may be able to consent for themselves after being judged for ‘Gillick competence’.

This would allow a child under the age of 16 to consent for themselves if they are deemed as having the capacity and maturity to understand what they are consenting to and are fully aware of what it involves.

The parents who signed the legal notice said they were worried about the long-term health impacts of the Pfizer jab.

The parents argued their 12-15 year old children were not able to fully appreciate potential dangers and therefore should not be able to consent for themselves where the parents declined to consent. 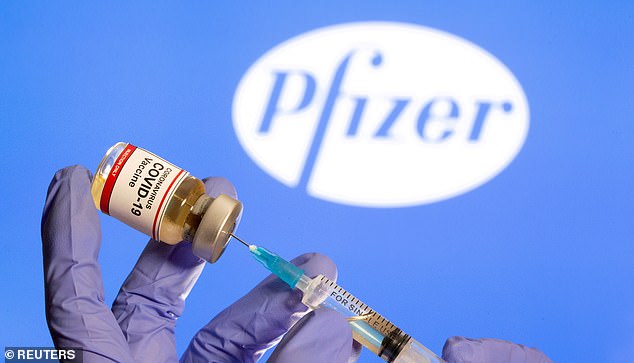 The legal notice was presented after the Joint Committee on Vaccination and Immunisation (JCVI) stating the benefits of vaccinating 12-15 year olds may not outweigh the potential harms.

The legal notice, addressed to the school, read: ‘The UK Government, including Public Health England, have published guidance that makes a negligent mistake of law that Gillick Competency can occur for experimental COVID-19 vaccinations on emergency approval that have not completed clinical trials.

‘Even if Gillick Competency is in our view unlawfully assumed in light of ongoing clinical trials (…) I nonetheless have parental responsibility and the right to be involved in the informed consent process.

‘This is because the informed consent process has the potential of creating civil and criminal liability that a child under the age of 18 is not competent to litigate.

‘The purpose of this letter is for you to cease and desist from these torts and the potential criminal offence.

‘Medical treatment and testing without valid informed consent, in causing trespass to the person, causes the civil tort and summary criminal offence of battery.

‘The indictable offences of actual or grievous bodily harm, civil tort of wrongful

death or indictable offence of manslaughter may also occur if vaccine injury occurs.

‘You can be held responsible for these torts and offences by inducing them to occur.

Financial damages in the form of vaccine injury can be recovered if a tort is confirmed by the courts.

‘We will at a minimum sue on behalf of my child for a declaration as to legal rights and or for an injunction that will seek conditional prohibition of any vaccination and for recovery of my legal costs where permitted.’

A spokesperson from Tretherras School said: ‘No child will be immunised in school without parental consent.

‘If there is a disagreement between parent and child, a meeting is called between the family and the school immunisation team to discuss further.’

With Tarana Burke’s debut memoir, Unbound: My Story of Liberation and the Birth of the Me Too Movement, the activist is telling her own story […]