Tory MPs reacted in fury after Government experts asked for help in ‘improving public perception of policing’ by redesigning their protective equipment.

The MoS can reveal that the plan could include officers ditching their existing body armour for ‘recognisable brands, covert armour or modern designs that look less intimidating’.

The suggestion comes in an official ‘request for information’ issued by the Government’s Defence, Science and Technology Laboratory (DSTL) which includes the famous Porton Down research centre.

Home Office sources played down the idea of less menacing body armour, saying the real object of the DSTL’s request was redesigning body armour to fit women and away from the current ‘men only’ shapes. 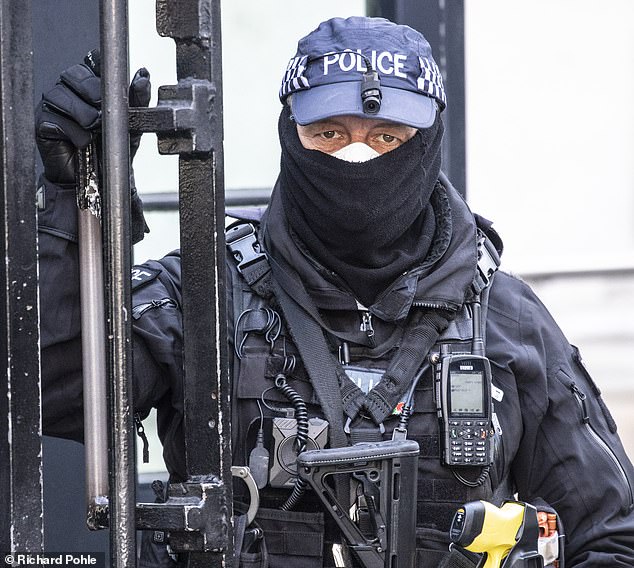 ‘Too intimidating’: The protective equipment faces a major redesign. Pictured: an armed police officer guarding the gates to Downing Street in London

A decision to ditch a question on biological sex from official surveys about HIV and other sexually transmitted diseases (STDs) has been branded ‘madness’.

Two questionnaires administered by Public Health England previously sought to determine how patterns of STDs differ between men and women and between heterosexual and homosexual groups.

But following consultation with transgender groups, respondents are no longer asked about the sex they were born but instead whether they ‘identify’ as male or female.

Lesbian and Gay News editor David Bridle, who has lived with HIV since 1996, said it ‘will skew the data as well as putting people at risk’ and predicted ‘a rise in the numbers of those registered as women with HIV, when in fact they are male-bodied’.

They also insisted it was Home Secretary Priti Patel who had herself prompted the review after female officers complained about ill-fitting protective gear.

But Sir John Hayes, chairman of the Common Sense Group of Tory MPs, seized on the notion as yet another nonsense ‘woke’ project, adding: ‘Body armour protects policemen from those who seek to do harm to them. It’s neither a fashion statement nor is it a way of symbolising the politically correct, woke preoccupations of out-of-touch bourgeois bureaucrats.’

He also pointed out that just two years ago Ms Patel herself said she wanted offenders to be ‘fearful of committing any criminal activities on our streets’.

He said: ‘The police play their part in doing that. So let’s reassure the law-abiding and frighten those who are not.’

Ken Marsh, chairman of the 32,000-strong Metropolitan Police Federation, said the key issue was whether armour protected police officers – not how it looked.

He added: ‘I don’t think it looks intimidating. What I want for my officers is the best capability of protecting them. I am not overconcerned on what the public think they look like. I want them to be able to come home every night.’

However, Home Office sources said: ‘Every time Priti meets female cops, they complain the body armour is designed for blokes.’

‘That’s why she has asked for research to improve the fit and wearability of body armour so all our officers can be protected whilst working to protect us.’ 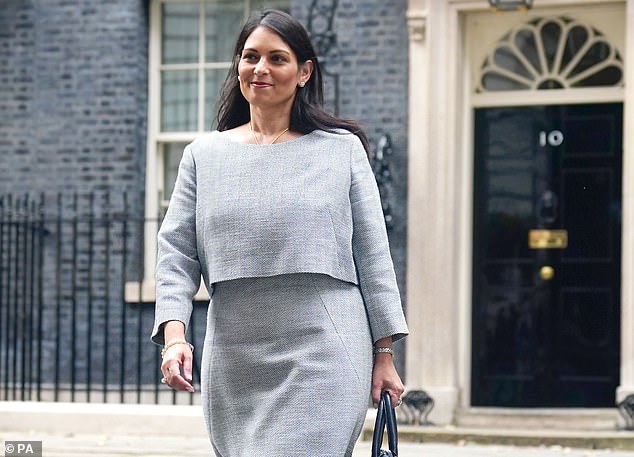