A hooligan wearing nothing but a pair of tight white underpants has wreaked havoc inside a busy Sydney pizza shop.

Bizarre footage uploaded to Facebook on Monday shows the man with a mullet strip down to his underwear before he barges into Pizzaiola, in the inner eastern suburb of Bondi.

Video filmed by spectators over the weekend shows the hooligan race into the popular pizza shop and knock a huge stack of pizza boxes to the ground. 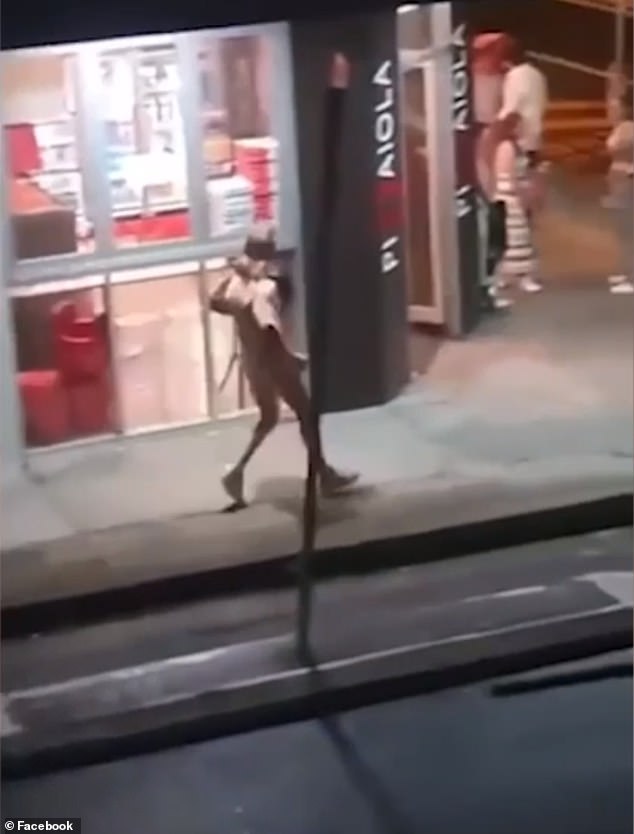 After causing a mess the streaker then heads back outside before flashing both his middle fingers to confused employees.

Covering his manhood with one hand, the mulleted hooligan meets his accomplice part way down the street and the two make a run for it.

An older man, believed to be from the pizza shop, attempts to chase after the pair but gives up after realising they are long gone. 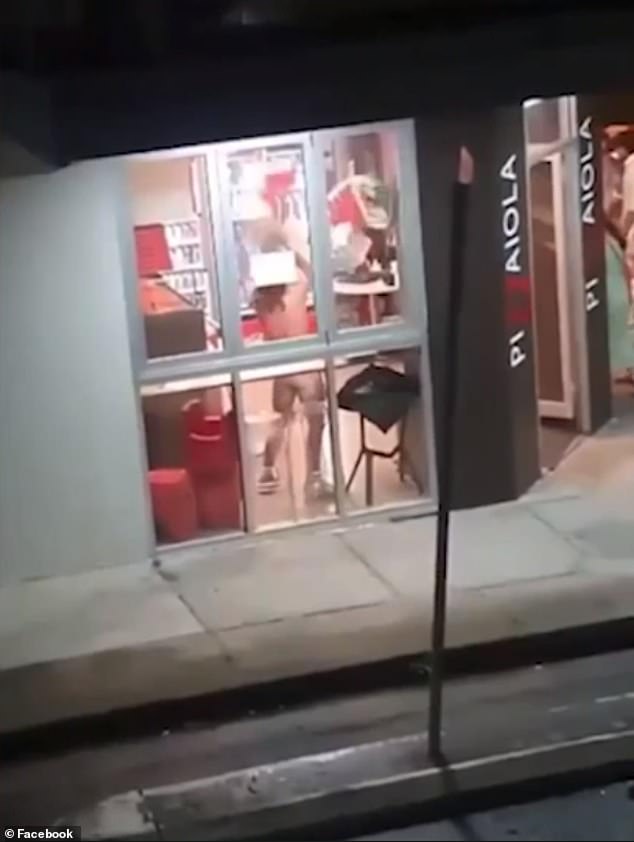 ‘Oh no, that was mean,’ a man was heard saying off camera while a group of women are seen picking the pizza boxes off the shop floor.

The footage, which was uploaded to the Bondi local community Facebook group, slammed the men for their behaviour.

‘What the f**k is wrong with people,’ wrote one person.

‘Guys with small packages messing with big things, cheers to the customers,’ commented another.

‘Why did they do this? That bloke who owns the pizza shop is lovely,’ added a third.

Another user praised the female customers inside the store who helped clean up the mess:

‘Cheers to the girls helping picking up the boxes.’ 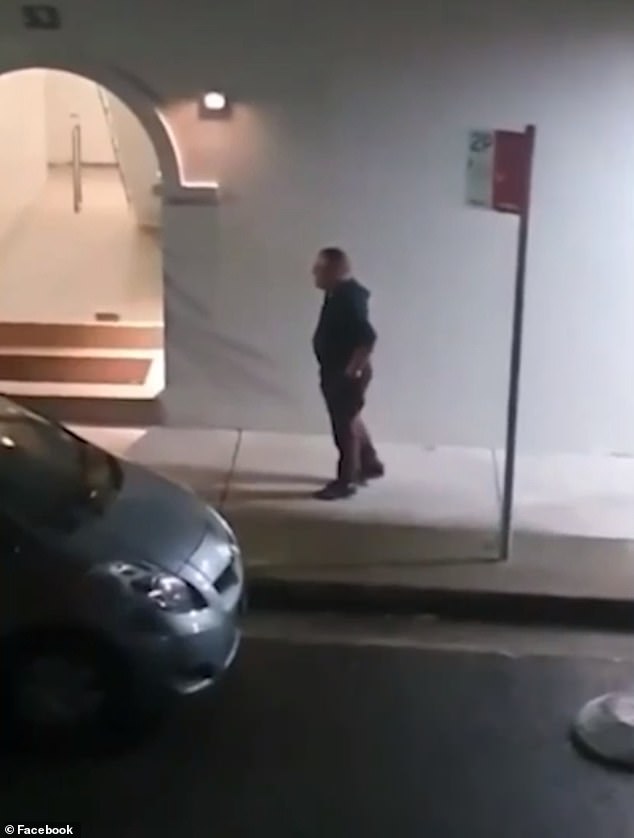 An older man, who is believed to be from the pizza shop, tries to give chase but the streaker manages to get away