A HERO Tesco worker helped to tackle a knifeman to the ground in the middle of a busy road in broad daylight.

Dramatic footage shows the man being pinned to the floor after being apprehended by police officers and passersby. 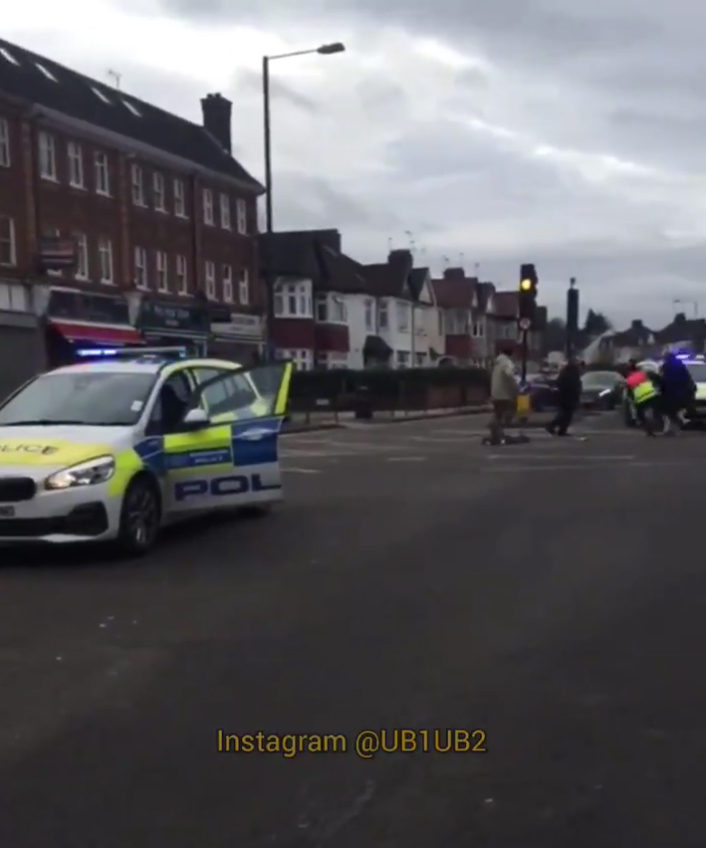 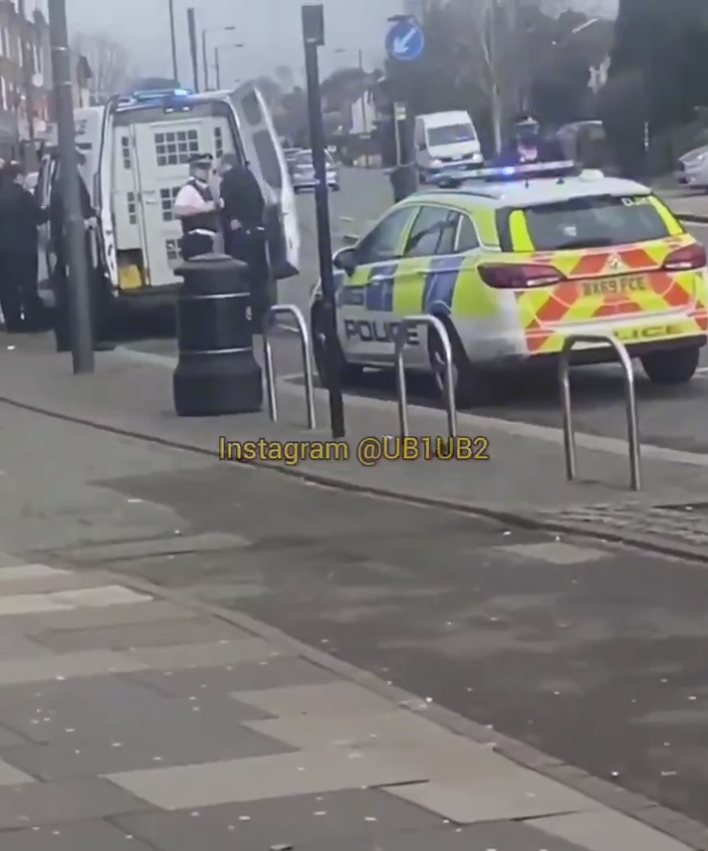 Officers were called to the scene after the 52-year-old man was spotted with the blades by members of the public.

In the video the man can be seen fighting with officers at a four way junction on Pinner Road, Harrow, as cars and trucks continue to drive past.

He then appears to attack a police officer, who falls to the floor, before being bundled to the floor by a second officer as a police car arrives.

The man was arrested on suspicion of GBH with intent, with Counter Terrorism Police assisting with investigations.

It is understood that the matter is not a Counter Terrorism incident, and local police are dealing with enquiries.

One witness claimed that the man had been tasered, but cops were unable to confirm the details of the incident.

“Despite being tasered the man was able to get up with the knife in his hand, where he then tried to stab one of the officers.

“Luckily the Tesco employee floored him and saved the police officer.”

Footage from a bus showed a number of officers who were pinning the man to the ground before he was taken from the scene.

A Metropolitan Police spokeswoman said: “On Friday, 19 January at approximately 09:36hrs police were called to reports of a male in possession of multiple knives on Pinner Road, Harrow.

“Officers attended and arrested a 52-year-old man at the scene for affray, he was further arrested at 14:36hrs on suspicion of attempted grievous bodily harm with intent, contrary to S.18 Offences Against The Persons Act 1861.

A Tesco spokesman said that they were unable to comment as the inquiry was ongoing. 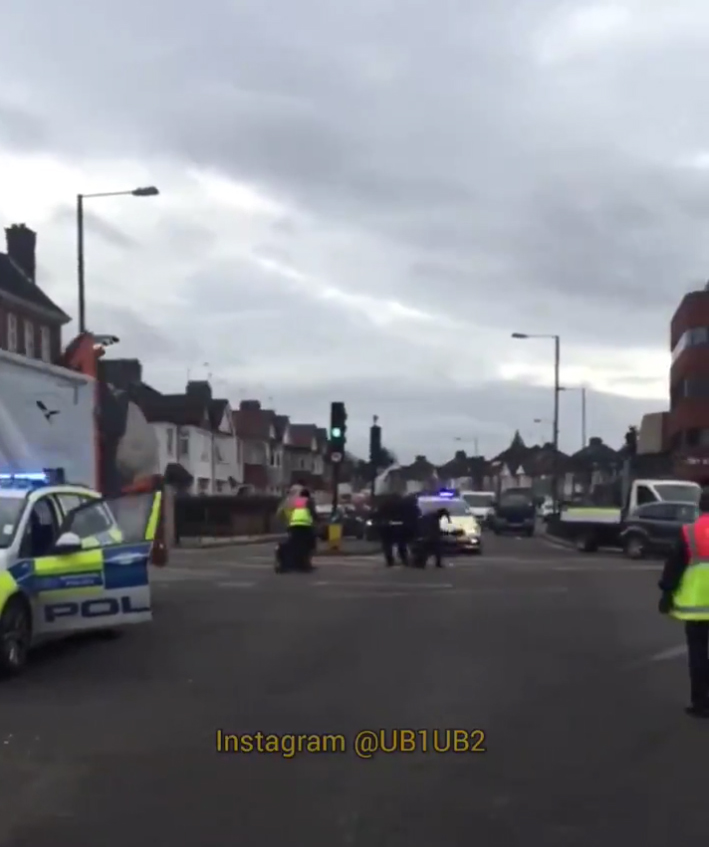 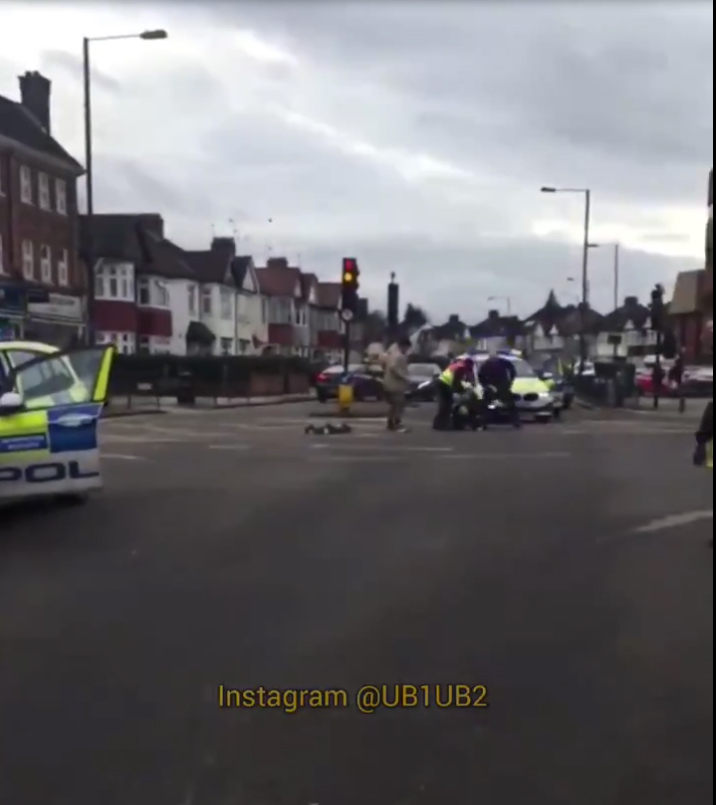