THIS is the shocking moment a six-foot boa constrictor was spotted slithering through a family’s garden after escaping from a shed.

The huge snake was spotted by a shocked householder as she went outside to hang out her washing in Crayford, South East London. 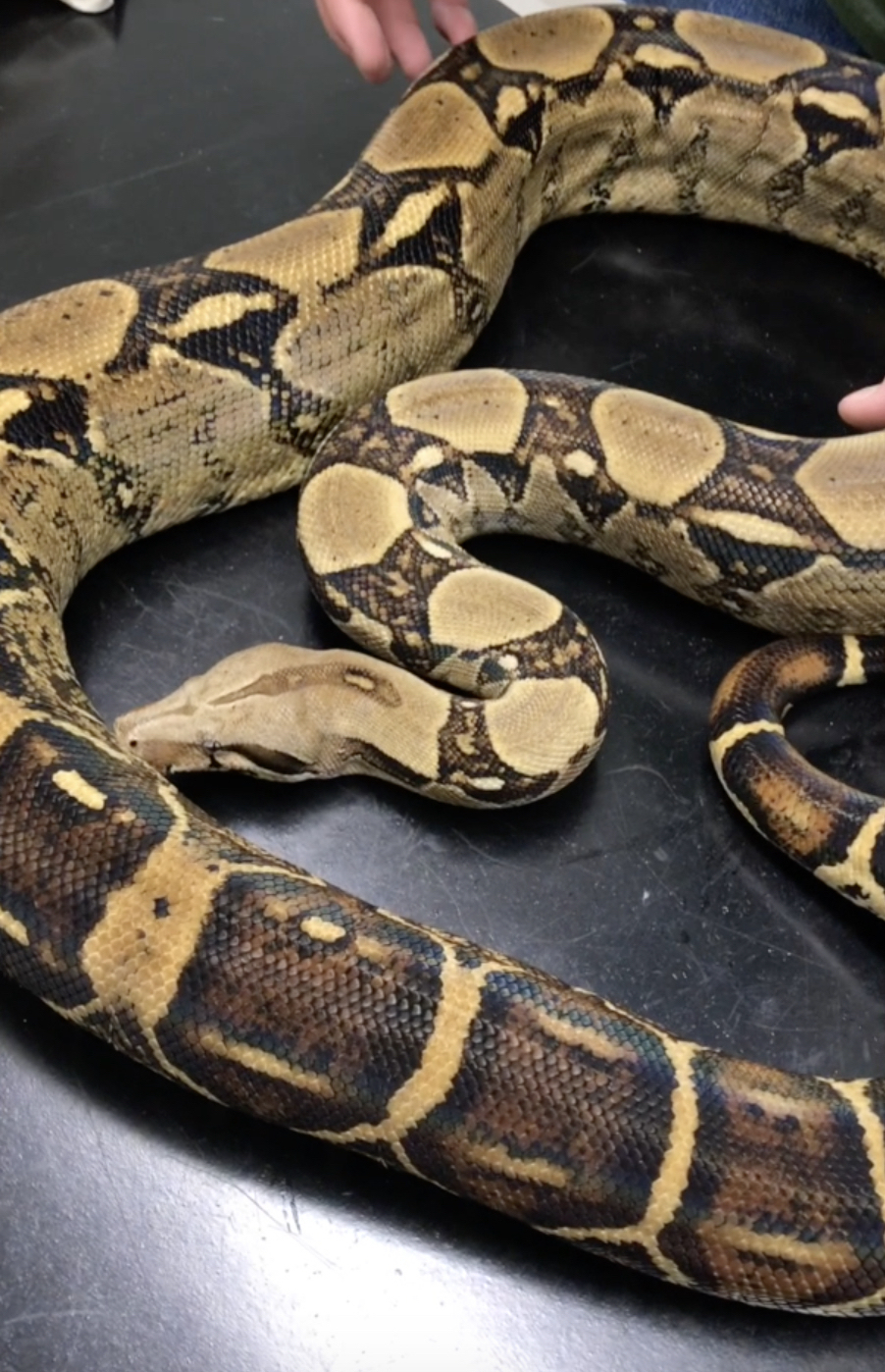 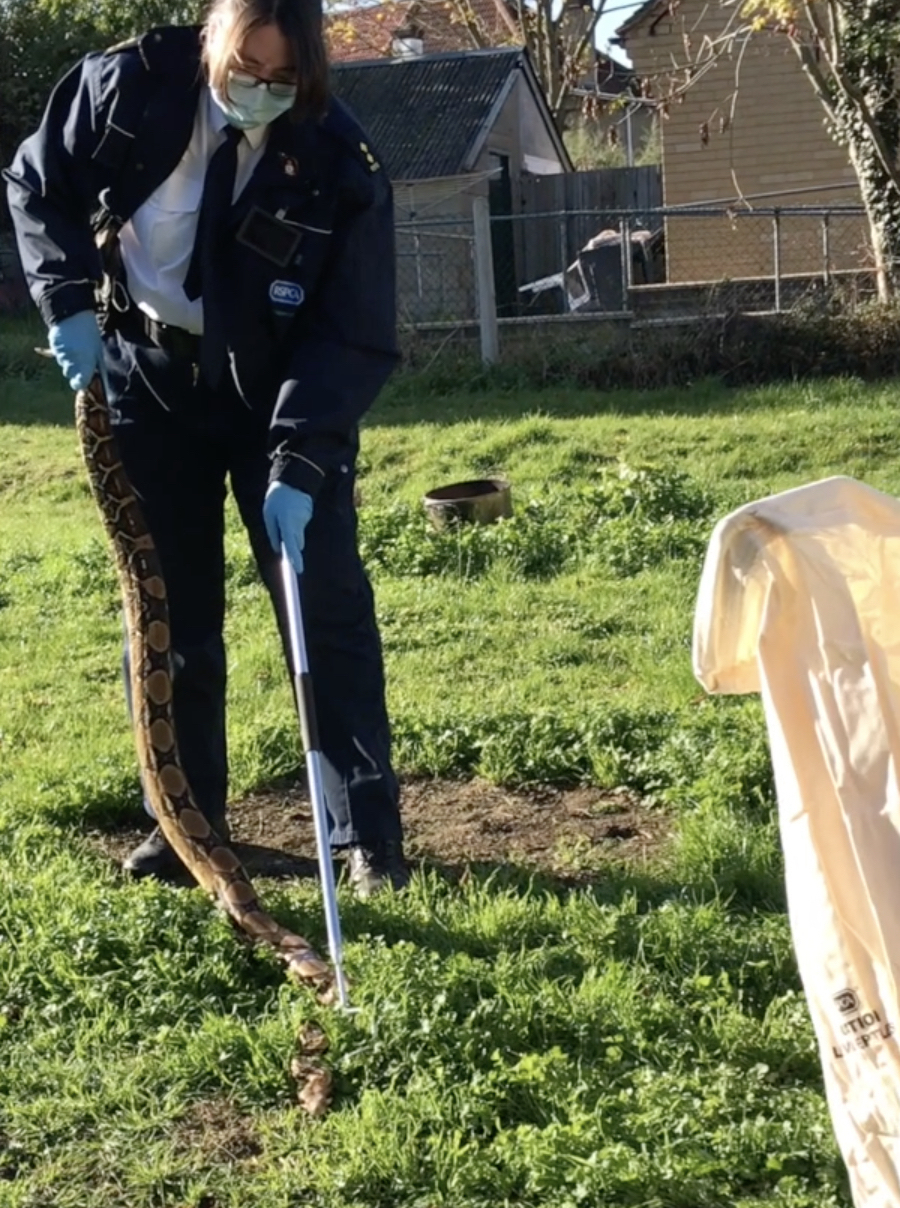 The shocked homeowner dashed inside and immediately called the RSPCA for help as the reptile lurked on the family lawn.

RSCPCA inspector Rosie Russon said: “When we arrived at the address in Crayford, near Dartford, the snake had slithered from near the shed to the middle of the lawn, where we imagine he was trying to warm up by soaking up the sun.

“But although it was sunny, it was still very cold, so he was quite sluggish and my colleague, Inspector Rosie Wren, and I were able to safely contain him in a snake bag.”

The team took the slithery reptile to South Essex Wildlife hospital where they examined him – and found he was in “good condition”.

Insp. Russon added: “While it’s not unusual for snakes to escape in the summer months, because some keepers let their pets outside for a bit of sun and fresh air, it’s less common at this time of year.

“This suggests to us that this snake may have been abandoned by its owner.”

It is not unusual for snakes to escape in the summer months because some keepers let their pets outside for a bit of sun and fresh air – though it is far less common at this time of year.

As a result, the RSPCA say it is likely the snake was abandoned by its owner.

Insp. Russon continued: “Sadly, we have to deal with a lot of abandoned snakes.

“We find that many people are unaware of how much of a commitment these animals are when they take them on, which we believe may be why we are rescuing hundreds of reptiles every year.” 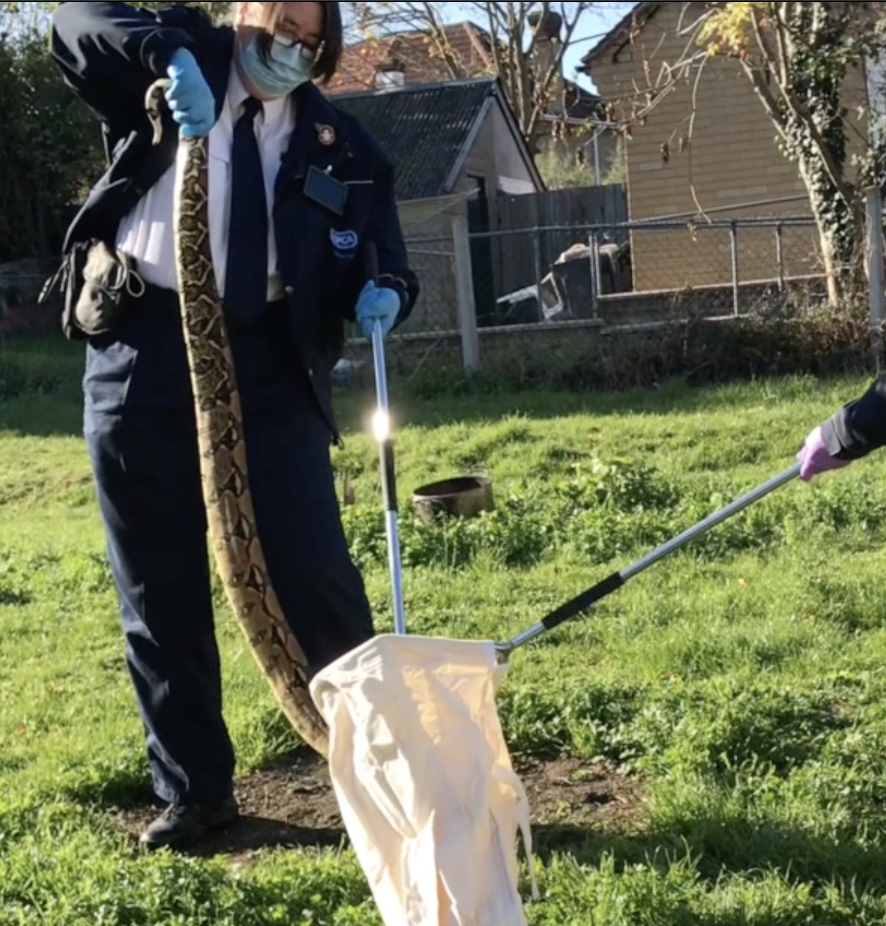