MICHEL Barnier has admitted other countries could follow Britain out of the EU if eurocrats don't "draw the lessons" from Brexit and address people's "anger" with Brussels.

In unusually candid remarks the bloc's chief negotiator acknowledged there was "always a risk for the future" that deep dissatisfaction with how the club is run could lead to more exits. 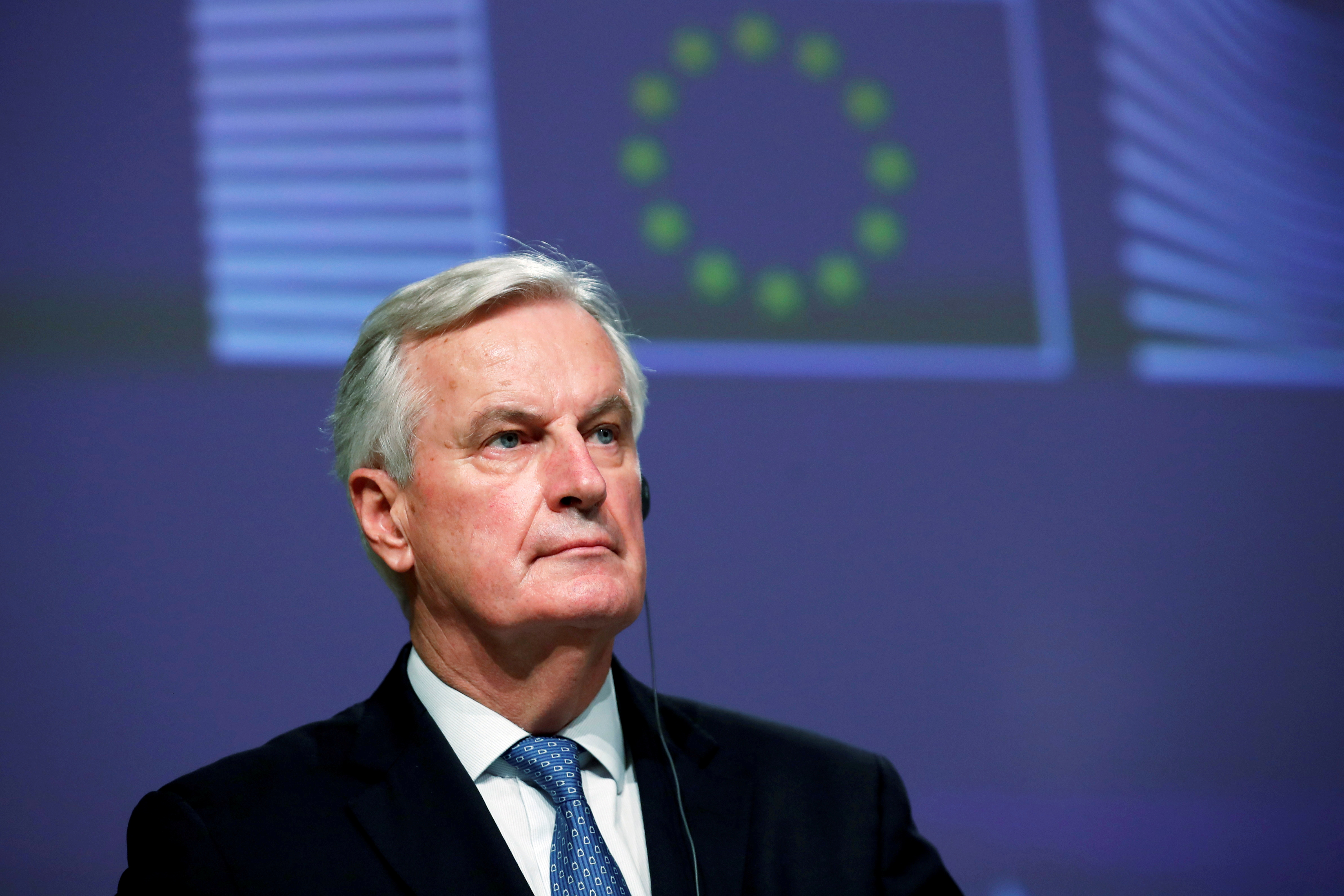 The Frenchman made the comments during an online ceremony at which he was handed a "European of the year" award by an Irish think tank for his role in securing a deal with the UK.

He said: "We have to draw the lessons of Brexit and understand why 52 percent of the British people voted against Europe – there are reasons. We have to listen, we have to understand, and we have to answer.

"It's obviously too late for the UK, but it's not too late for the Member States today because in many regions there is this anger, the same feeling against Europe, the same problem to understand what we're doing at the European level."

Mr Barnier said his fear in the immediate aftermath of the Brexit vote that that "another member state would have the temptation to leave" had subsided but "we have to be vigilant because it is always a risk for the future".

But in a sign the bloc will continue to take a strict line towards the UK, he insisted: “This risk can be combatted by the proof that it is clearly a better situation to be inside the EU than outside.”

His remarks come after Brussels most recent internal polling warned eurocrats that the EU's "overall image continues to deteriorate" with only 40 per cent of Europeans on average seeing it as a "positive" thing.

Greece is the most eurosceptic country with 32 percent of people seeing the bloc in a bad light – outweighing the 27 percent who think it's doing a good job.

The Czech Republic and Italy are not far behind with almost as many voters viewing the EU negatively as positively, according to figures published in October by the Eurobarometer survey.

Brussels' reputation has taken a hit due to the continent's sluggish rollout of the Coronavirus vaccine, with almost half of Europeans saying they're dissatisfied with how eurocrats have handled the pandemic response.

In 14 out of the 26 member states a majority of voters are unhappy with the EU's reaction to the crisis, after its joint procurement scheme for the jab came in for heavy criticism.

The European Medicines Agency has also been blasted for taking too long to approve vaccines, with its seal of approval for the Pfizer and Oxford doses only coming weeks after the same decisions were taken in the UK.

Hungary has become the first country to break ranks with the bloc's coordinated response completely by granting authorisation to the Oxford AstraZeneca and Russia's Sputnik V vaccines.

Meanwhile Germany caused fury in other EU countries – especially Italy – by going behind their backs and buying extra doses of the Pfizer job outside of the bloc's joint scheme.