A Miami man reportedly took off on his scooter Tuesday night after police say he saw a teenager driving away from his home in his more than $200,000 Lamborghini Urus SUV.

“I’m in my home, I hear this thing start up. I look out the window, and I see somebody driving it away. I got on the scooter, went after the guy,” owner Chris Sandler told WSVN-TV in Miami. “It’s just a straight hustle. Police going everywhere.”

The suspect allegedly parked the car not far from Sandler’s home.

“He said, ‘I stole a Lamborghini just now,'” witness Andrew Kalinine, who said he was sitting on his porch when the suspect approached him, told WSVN. Kalinine said the suspect told him he didn’t have a license and couldn’t drive. 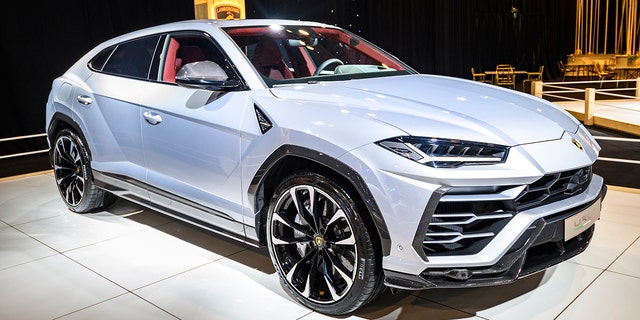 He said he told the teen he was better off turning himself in because the police would “go easier” on him.

The alleged thief was seen on surveillance camera running away from the car after he parked it, WSVN reported.

Kalinine said officers then arrived and one had a gun pointed at both of them from the other side of his fence.

The teen was taken into custody and is under home confinement in the care of U.S. Department of Children and Families.

He was not identified by officials because he’s underage.

Sandler said he thinks the alleged thief got his car keys from his garage. After the arrest, his was able to drive his SUV – which retails at a base price of $218,000 – back home.

“Honestly, I can’t believe it happened, but thank God for the police,” Sander told WSVN. “That’s all I’ve got to say.”