MELANIA Trump looked completely unrecognizable in throwback pictures from her wedding to Donald more than 15 years ago.

She tied the knot with the brash business tycoon at a lavish ceremony held in Palm Beach, Florida on January 22, 2005. 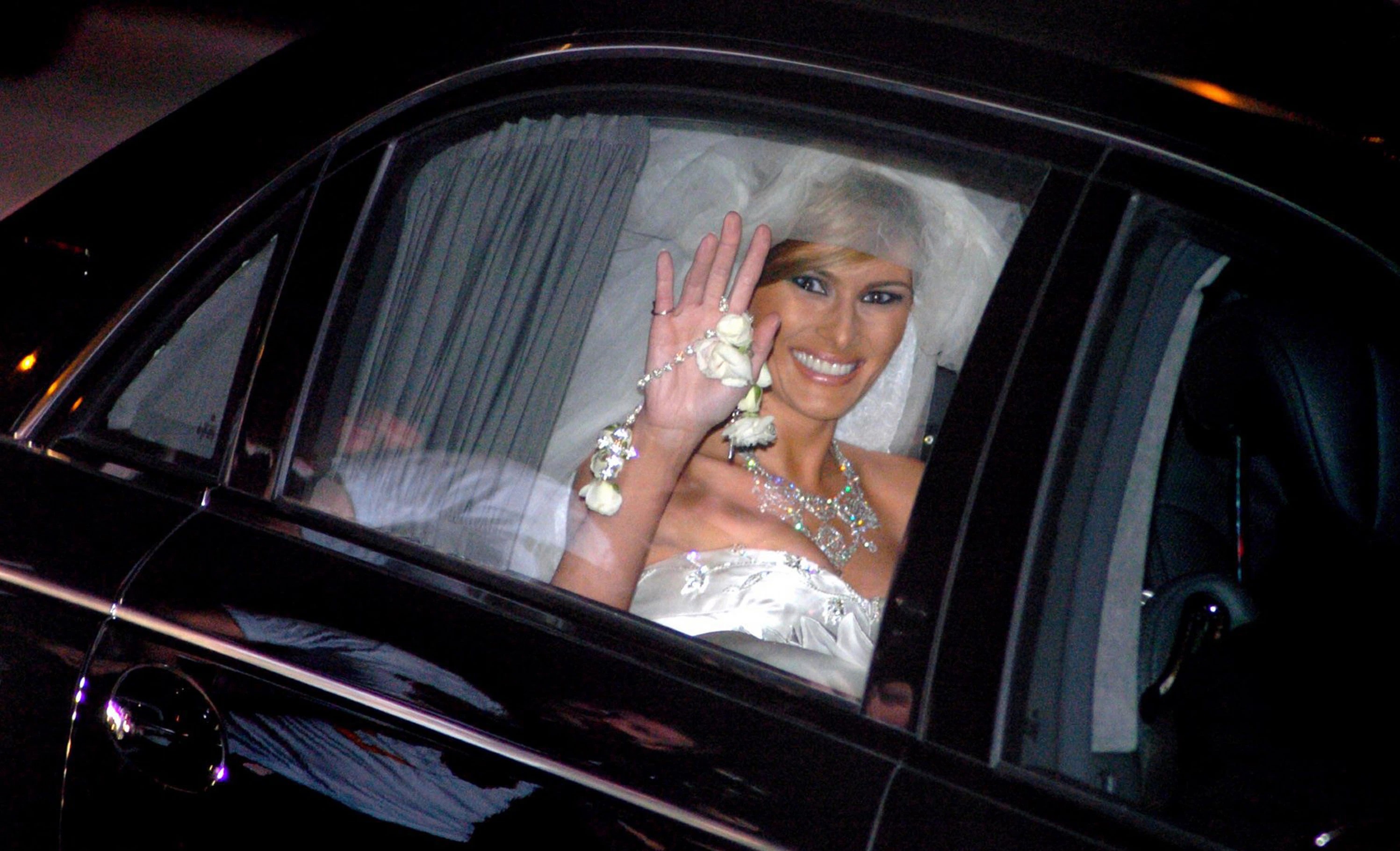 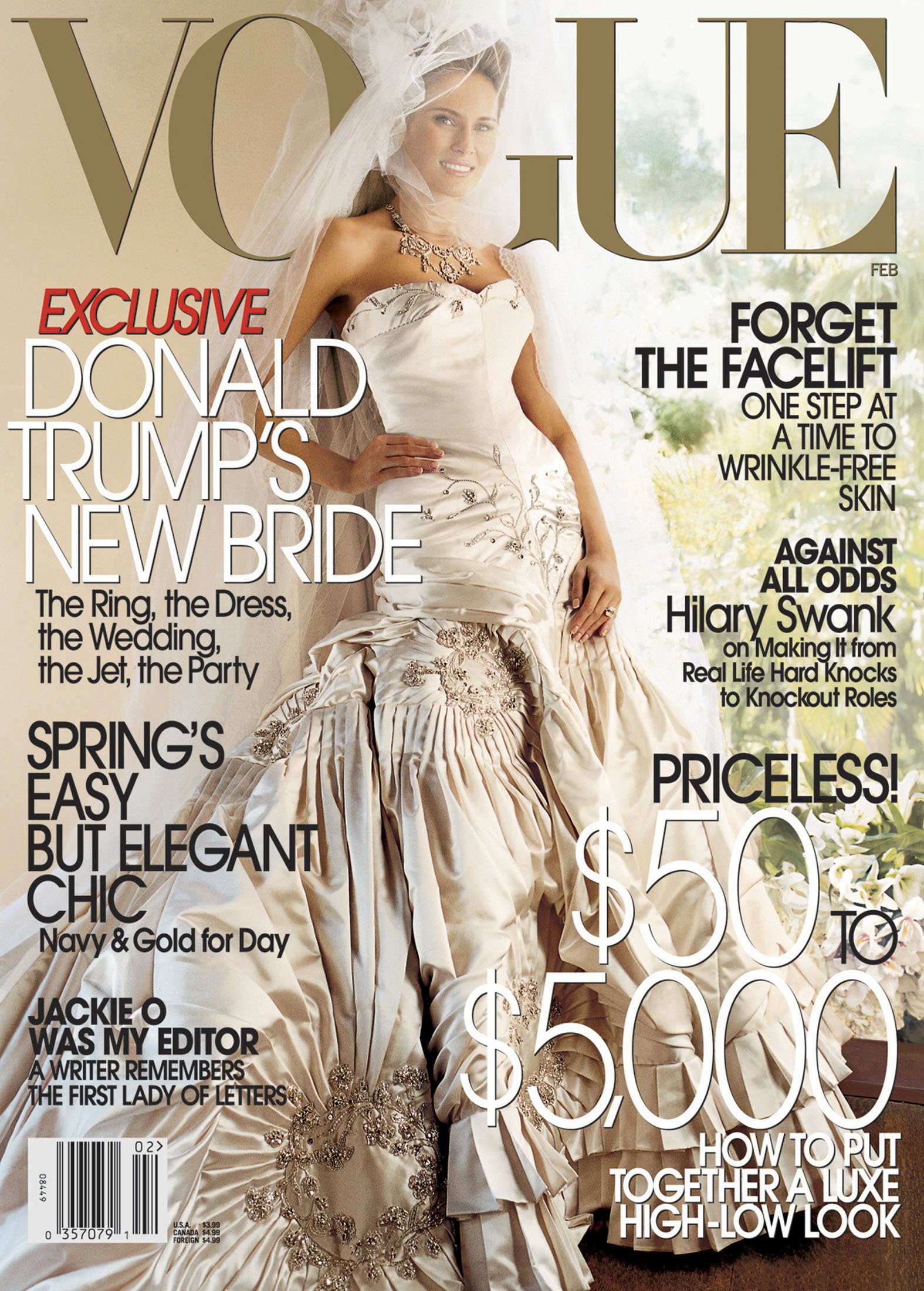 Melania’s Dior gown contained 1,500 diamonds and pearls and took over 500 hours to create. She appeared on the front cover of Vogue's February 2005 magazine.

It included 98 yards of white satin and the skirt was wide so Melania “was seated on the beach” for their wedding supper at Mar-a-Lago, according to a New York Times report.

The then 34-year-old didn’t carry a bouquet down the aisle but held a set of rosary beads instead.

Around 350 guests were at the ceremony and the pair’s nuptials cost around $1million in total.

Rudy Giuliani, who was the mayor of New York City at the time, Hillary Clinton, and music legend Billy Joel attended the star-studded event.

Boxing promoter Don King branded the event a “great American occasion", as reported in the Times.

He said: “It’s a royal wedding. It’s something out of the monarchy. It’s something like, you know, King Henry or King Edward – they’ve got so many kings it really doesn’t matter – would have.”

Meanwhile, Joseph O’Neill wrote in The New Yorker in 2016 that the newlyweds looked “pleased and very happy” as they walked back from the altar.

He said: “Melania looked lovely and the fifty-eight-year-old Donald – as a friend of the family – I was bound to call him and his wife by their Christian names, even if Donald reportedly liked being called “Mr Trump” – looked uncharacteristically bashful.”

The pair indulged in beef tenderloin and chocolate truffle cakes in a lavish reception at Mar-a-Lago.

She sported a Vera Wang dress while Trump donned a tuxedo and white bow tie.

Melania met Donald at a fashion week party thrown by Paolo Zampolli, the owner of Metropolitan Models, in 1998, according to Vanity Fair.

She was working as a model in New York after emigrating from Slovenia, while he was still married to his second wife Marla Maples. Trump and Maples were living separately at the time.

Donald popped the question in 2004 with a Graff engagement ring, costing $1.5million.

Melania told the New York Post: "It was a great surprise. We are very happy together."

Years after the lavish ceremony, Melania gave birth to son Barron in 2006 before becoming the first lady when Trump was inaugurated in 2017.

Since leaving the White House, she seemingly avoided the limelight.

But, Melania has been working on projects including charity fundraising.

She made brief appearances at Mar-a-Lago and attended a GOP fundraising event at the resort.

Melania was also seen at dinners with her husband throughout last spring.

In October, she was spotted alongside Donald at Game 4 of the 2021 World Series in Atlanta, Georgia, and in December announced a foray into the world of non-fungible tokens.

For the price of one SOL, a cryptocurrency on the Solana blockchain, collectors can possess the celebrity NFT, which is a statement described as an "amulet to inspire."

In a statement, she said the limited edition NFT could be purchased between December 16 and 31.

Melania teased that “the first piece is a preview of what’s to come". 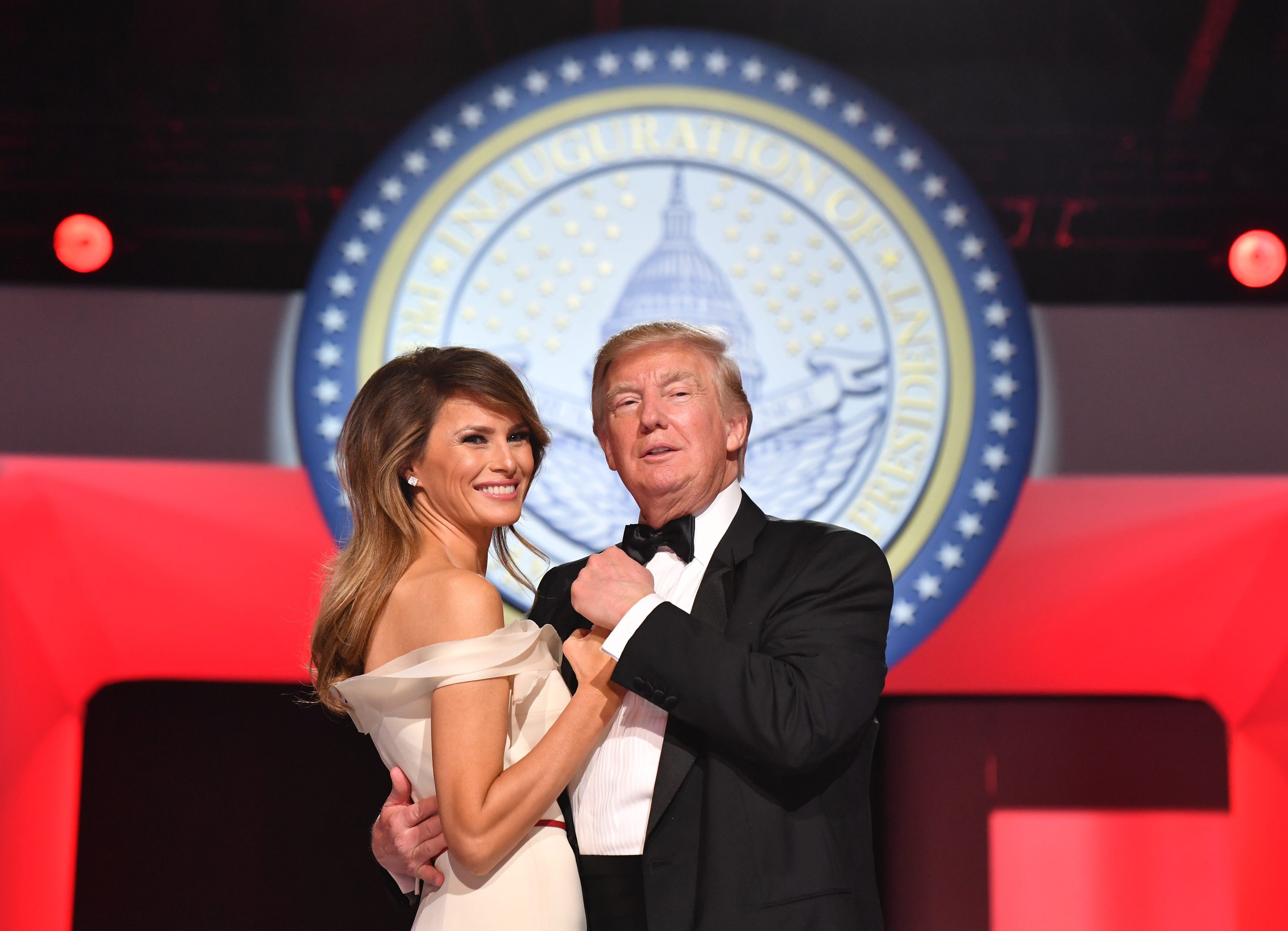 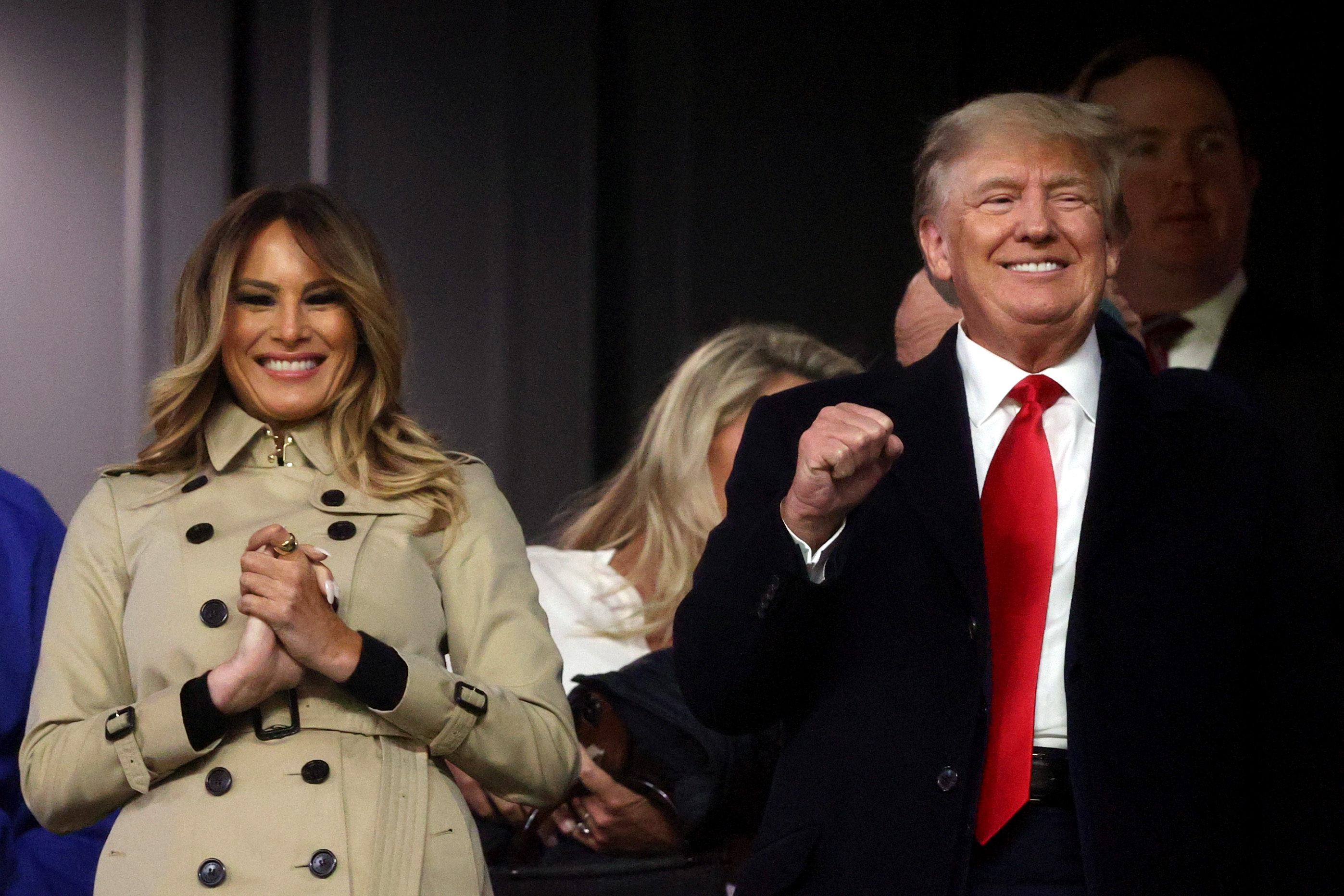 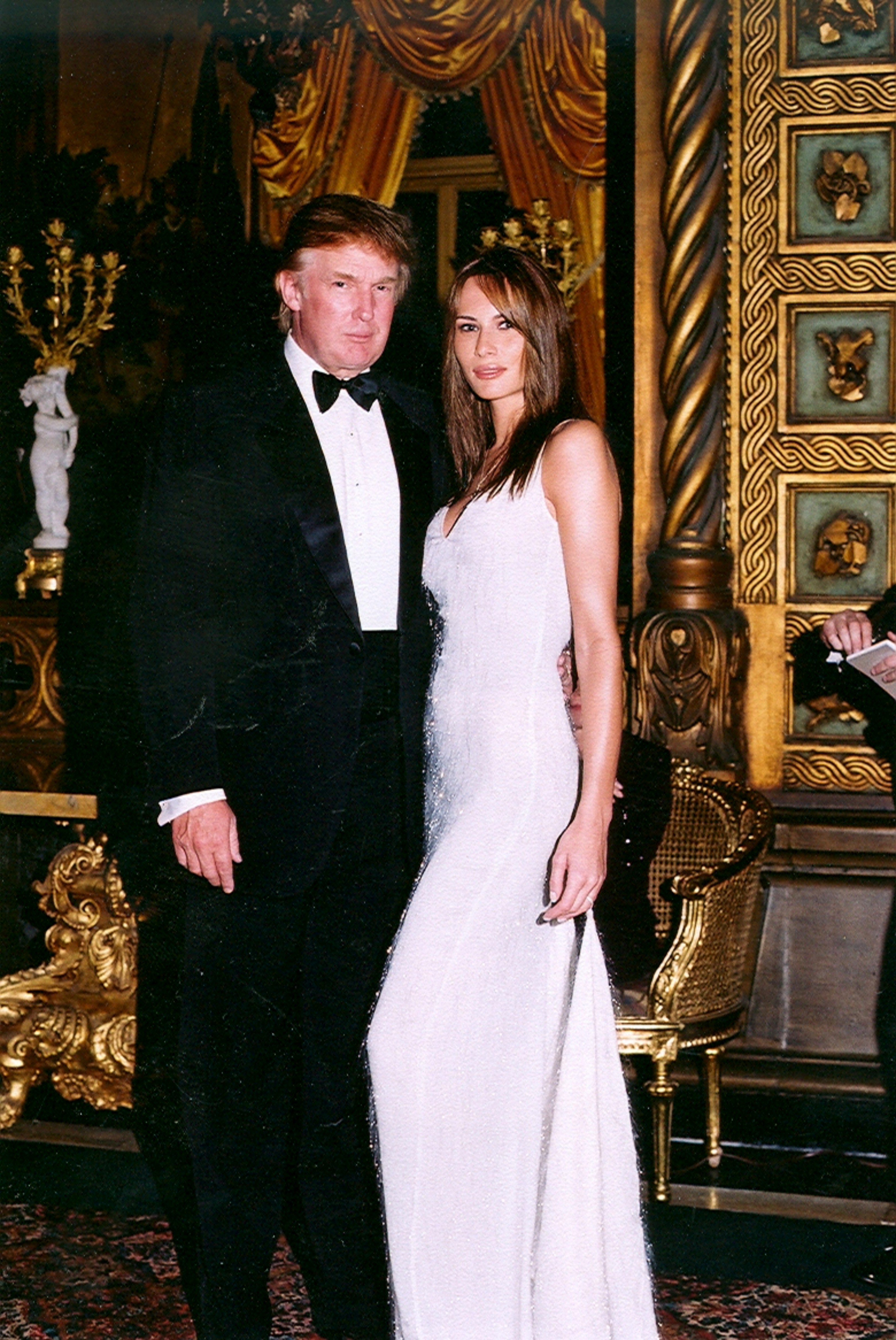 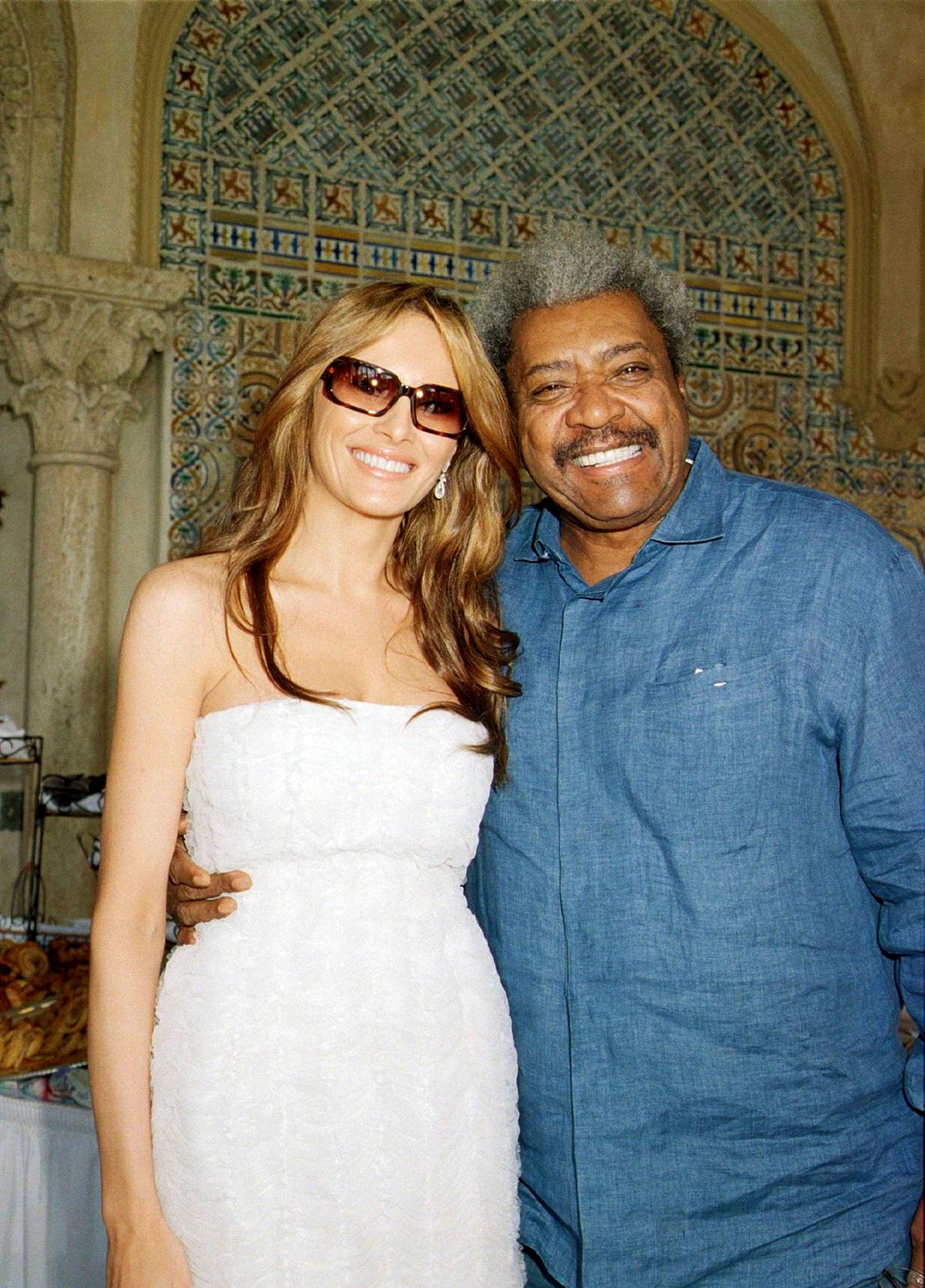