MCDONALD'S customers have been left fuming after falling foul of a new parking system leaving them with multiple £100 fines.

A 10-minute parking limit was introduced to the restaurant in Littleton, Walsall, leaving Richard Moore with four £100 fines in the space of a few weeks. 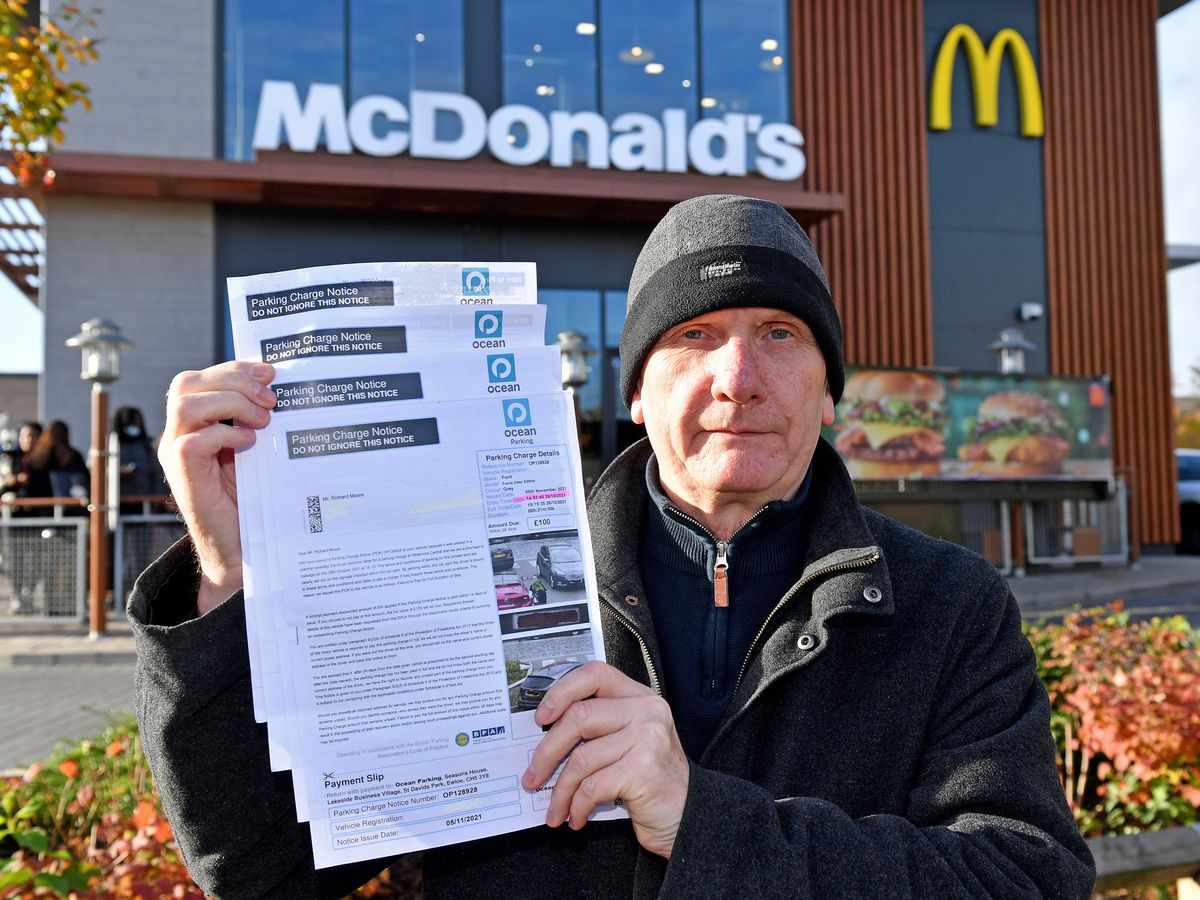 Richard has been using the McDonald's drive through regularly over the last two years and said that he didn't notice the change in rules until he received four separate fines in the post.

He said: "Now the nature of a drive-through is as it says, I drive through, collect my food and eat parked up, as I have usually done for the past two years.

"I did not notice the changed parking notices.

"This is not your run-of-the-mill car park as the dynamics of the daily McDonald's drive-through customers have not been taken into consideration."

As soon as a vehicle enters the Littleton site in Wisemore, Walsall, they are clocked by ANPR cameras, meaning time is ticking as they queue for food.

Richard said: "It would have been very helpful for warning notices to have been posted at the drive-through and maybe verbal information of the changed free parking time to only 10 minutes.

"I have now stopped this as it is far too risky as a drive-through customer to complete my purchase within 10 minutes."

"None of this was done at the time the parking conditions changed and I continued to use McDonald's and the car park as I had done for the past two years."

Geeta Gupta, who received a £60 after getting breakfast at the restaurant, said: "It was impossible to get served, pay, eat in 10 minutes.

"The landowner needs to be realistic, they should be more transparent.

A petition to increase the waiting time at the site set up by Councillor Lee Jeavons has received more than 300 signatures with people hoping change will lead to fines being rescinded.

The car park is run by a private contractor but petitioners are hoping the fast food giant will use its commercial power to help with the situation.

Councillor Jeavons has described the changes as "disgraceful" and believes the waiting time must be longer.

He said: "According to planning permission, McDonald's customers are supposed to be able to park for free, the problem is none of the McDonald's bays are marked out."

The land is operated by Ocean Parking, which has been contacted for comment but is yet to respond.

A spokesman for McDonald's said: "We are aware of parking issues around our Littleton restaurant and we have contacted the managing agent to further understand and help resolve the issue."