A scandal hit maternity unit blamed for the needless deaths of 12 mothers and babies has been criticised again for providing poor care.

Furness General Hospital (FGH), in Barrow, Cumbria, was slammed for shocking failures in a bombshell report that became known as the Morecambe Bay scandal back in March 2015. It prompted a national review of NHS maternity services.

Although the hospital managed to improve, the Care Quality Commission watchdog said that following a recent unannounced inspection, it had been forced to downgrade the unit from good to inadequate.

Ann Ford, the regulator’s deputy chief inspector of hospitals in the North, said past improvements at the unit ‘have not been sustained and the service has deteriorated, affecting patients and staff’. 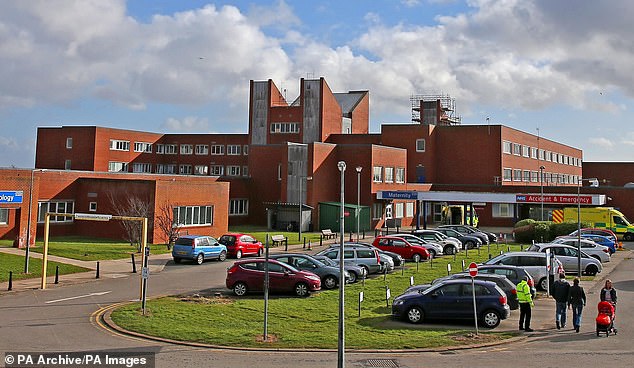 Furness General Hospital (FGH), in Barrow, Cumbria, was slammed for shocking failures in a bombshell report that became known as the Morecambe Bay scandal back in March 2015

Major care failures were linked to at least 12 deaths of mothers and babies at FGH between 2004 and 2012.

Feuding doctors, an obsession with natural childbirth and a tight-knit group of midwives who dubbed themselves ‘The Musketeers’ contributed to a lethal mix that led to avoidable harm to mothers and babies, the report by Dr Bill Kirkup said.

CQC inspectors, called in this April and May following concerns by whistle-blowers, found that staff on the maternity unit did not always act quickly enough when women showed signs of deterioration in labour or give pain relief in a timely manner; there was not always enough staff on duty with the right skills and training to keep women and babies safe from harm, and patient records were not always up to date.

However, the CQC did praise staff for treating women with compassion and kindness. 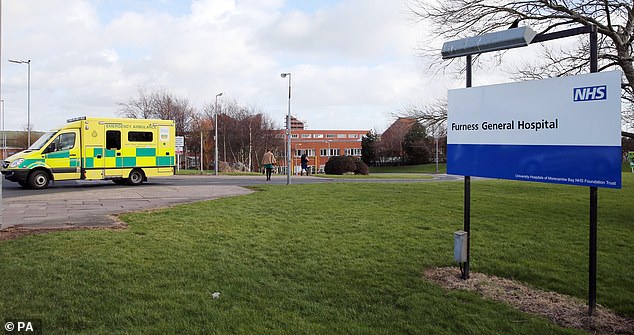 The inspectors also visited the Royal Lancaster Infirmary and Westmorland General in Kendal which, along with FGH, make up the University Hospitals of Morecambe Bay NHS Foundation Trust.

They found all three hospitals and the trust as a whole required improvement. Both FGH and Westmorland General were downgraded from their ratings of good.

The CQC said its report made for ‘disappointing reading’, with Mrs Ford adding there had been a ‘significant downturn in the quality of services’ and patients were not getting the care they deserved.

It said it had undertaken its inspection after receiving concerns and whistleblowing information about the safety, quality and leadership of the services at all three hospitals.

The performance of top managers was downgraded to inadequate, as inspectors found that risks, issues and poor performance were not always acted on by leaders ‘in an effective or timely manner’.

‘We found a significant downturn in the quality of services provided by the trust, and patients were not receiving the standard of care they deserve.’