Married father-of-one massage therapist, 35, filmed female client in her 20s in secret on his mobile phone as she undressed

A married massage therapist specialising in treatments for new mums and their children recorded a regular young female client undressing on his mobile.

The qualified masseur, of Teddington, graduated in 2015 from London’s Bodyology Massage School and also obtained qualifications in acupuncture and pregnancy and postnatal care.

He pleaded guilty to one count of voyeurism, namely recording another person for the purpose of sexual gratification, on July 11, last year at The Massage Centre in Chiswick.

Ealing Magistrates’ Court heard yesterday his client that day – a woman in her twenties – had booked a sports massage with Dominko, who had treated her previously, at 10.15am.

‘He worked at The Massage Centre by contract and clients came in hourly and the complainant had been coming for three years,’ said prosecutor Maya Arputham. 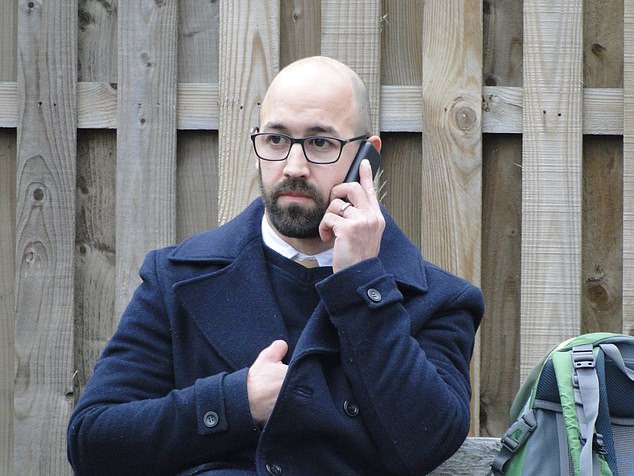 ‘She saw a mobile phone could see her directly and she realised something was wrong and turned it towards the wall and took her top off and undressed.’

The complainant received a massage from Dominko, but was unsettled by what she had found, the court heard.

‘She knew something was wrong and was nervous and was later shocked to see the phone still recording and took the phone off the shelf and took it to reception,’ explained Ms Arputham.

‘To her astonishment the phone was showing her and the manager of the centre apologised and the police were called and the defendant was arrested.’

Police also visited Dominko’s family home, seizing his desktop and laptop, but no further suspicious images were stored on them or on his mobile phone.

In her victim impact statement the young woman said: ‘I was shocked and felt threatened and did not know how to deal with it.

‘I felt incredibly vulnerable, trapped in a room with Tamas almost naked. I am not the first person he is done this to, but it is the first time he has been caught.’

He must also complete up to thirty days of a rehabilitation activity requirement; 100 hours community service work; pay £250 compensation to the victim; £85 costs and a £95 victim surcharge. 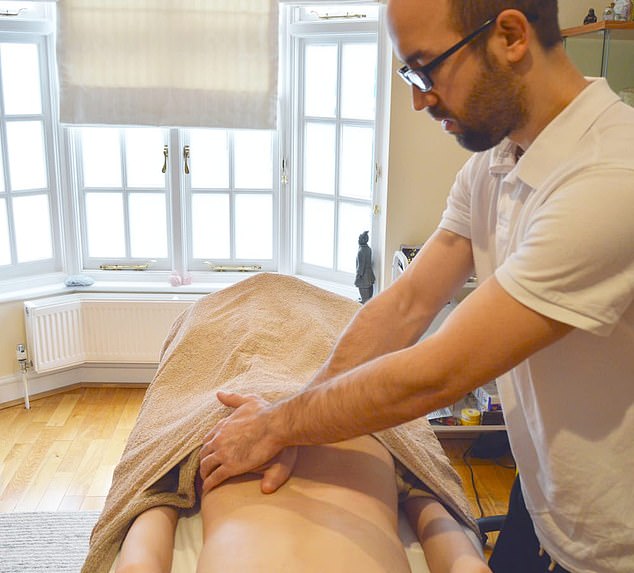 Also ordering Dominko to sign the sex offenders register for five years the magistrate told him: ‘It is a serious matter and people do go to prison for this sort of thing.

‘If you do this sort of thing again you could face the real prospect of going to prison.’

The victim had seen a phone in the same position during previous appointments, but Mr Holderness announced: ‘There is a suspicion, but we cannot take this into account during sentencing.

‘She expresses suspicion this has happened before, but when the defendant was asked this by the probation officer he refused to answer and told the psychiatrist he did not want to talk about it.’

However, the police investigation has concluded and Dominko’s lawyer Tamasin Graham told the court: ‘We are drifting into speculation, which has no place in this sentencing exercise. We are here for one incident.

‘He is a man of previously good character and that is the real tragedy of this. That record is blighted and is something he will have to live with for the rest of his life.

‘The words he uses to express his remorse and describe his behaviour jumps off the page. He speaks of great shame and regret and understands it is completely unacceptable and wrong.

‘He has done all you could expect him to in the aftermath to redress his motivation for offending,’ added the lawyer. ‘An unfortunate way of dealing with his problems developed when he was young.

‘He has been diagnosed cautiously with compulsive sexual behaviour and it is something he has to live with.

‘He has made a clean break professionally and drawn a line under his career as a masseur and is now working as a kitchen porter.’

‘He recognises it as a problem,’ added Ms Graham. ‘He is a family man with a wife and daughter, aged three-and-half years old and is taking steps to deal with a real condition.’