POLICE in southern Italy are warning people to stay at home as a Mafia don’s enormous black panther roams the streets.

Locals in Bari in Puglia are being told to stay away from country lanes and to keep their pets at home to avoid frightening the big cat into “aggressive behaviour.” 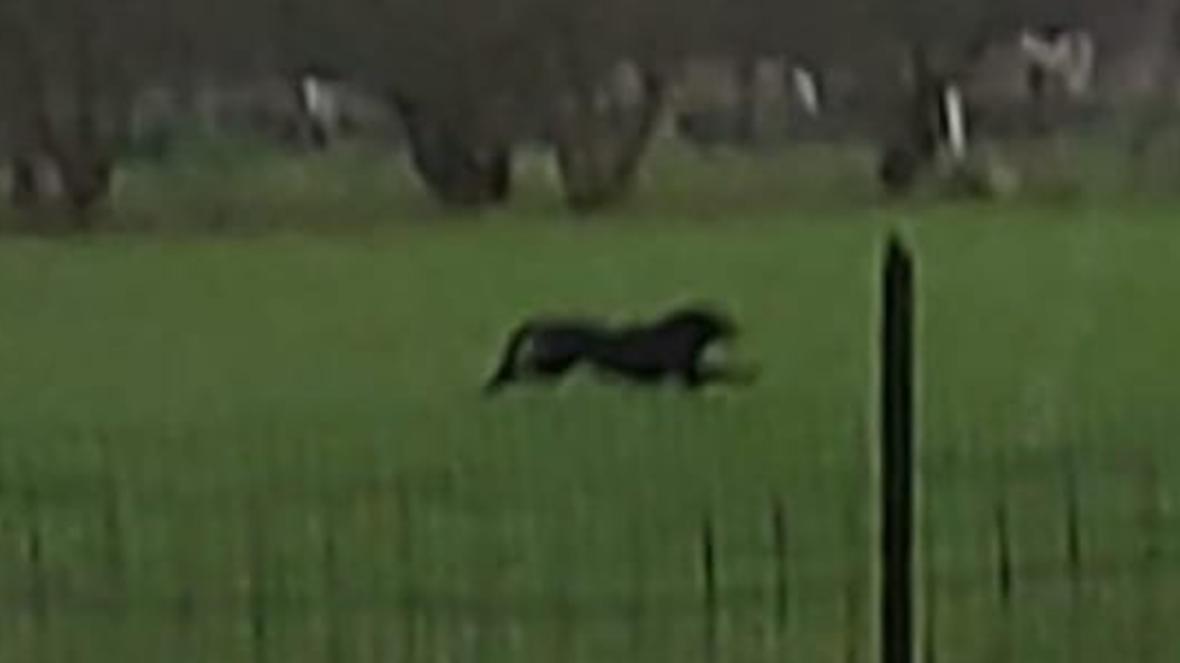 Police helicopter teams are searching the area after residents of the area reported sightings of the large black animal.

The mayor of Castellana Grotte issued a stay at home order telling locals not to panic, “but be prudent.”

Other local mayors followed suit with Davide Carlucci in Acquaviva delle Fonti advising farmworkers to stay out of the fields.

He wrote on Facebook: “I signed an ordinance with which I have prohibited sporting and agricultural activities on the country roads in our territory,”

“The forest carabinieri and police are patrolling the area.

“In order to avoid frightening the feline, which causes aggressive behaviour, owners of domestic and breeding animals must keep them safe, to protect them from any attacks.”

He says its possible that the animal could have escaped from the home of a local mob boss who had kept the panther as a pet. 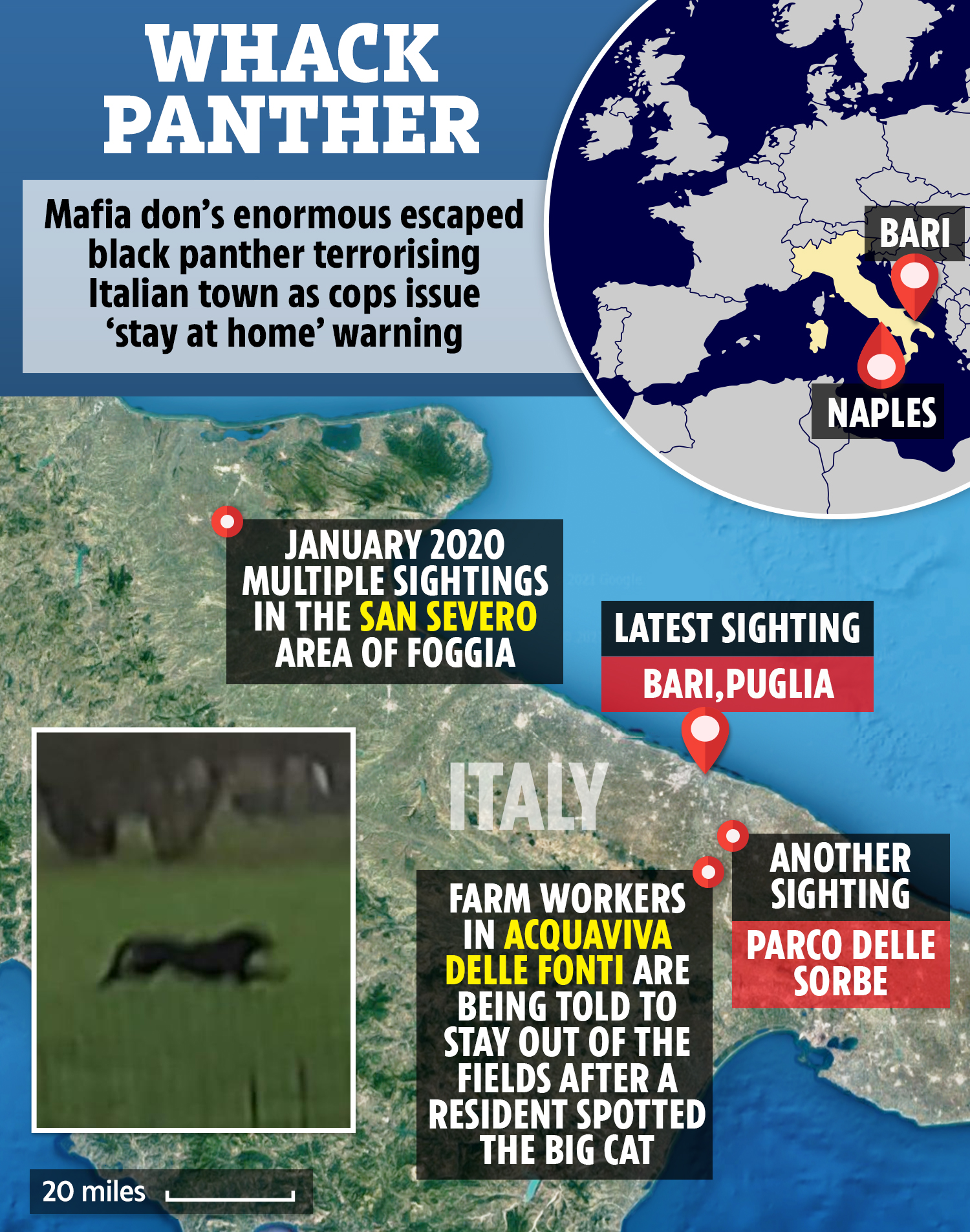 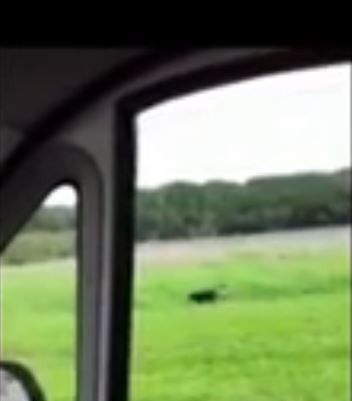 He told La Stampa: “If that’s true, someone should confiscate everything he has.

“A while back, someone around here had a tiger. It’s very serious — they bring these animals here and then let them escape.”

Locals believe the owner may have copied the mafia TV show Gomorrah which features a gangster who keeps a panther in his Naples apartment.

One resident, Roberto Surico said he spotted the panther outside Acquaviva delle Fonti.

Roberto, who is studying to become a vet, says it was scared by the sound of a car engine and fled into the woods.

He explained: “It seems scared and confused and the first thing I thought was that it had been raised in a house,”

“I think it was young, about two years old.”

In January 2020, in the San Severo area of Foggia, more than 100 miles away, there were multiple panther sightings.

Cops now believe this could have been the same animal and has been fending for itself.