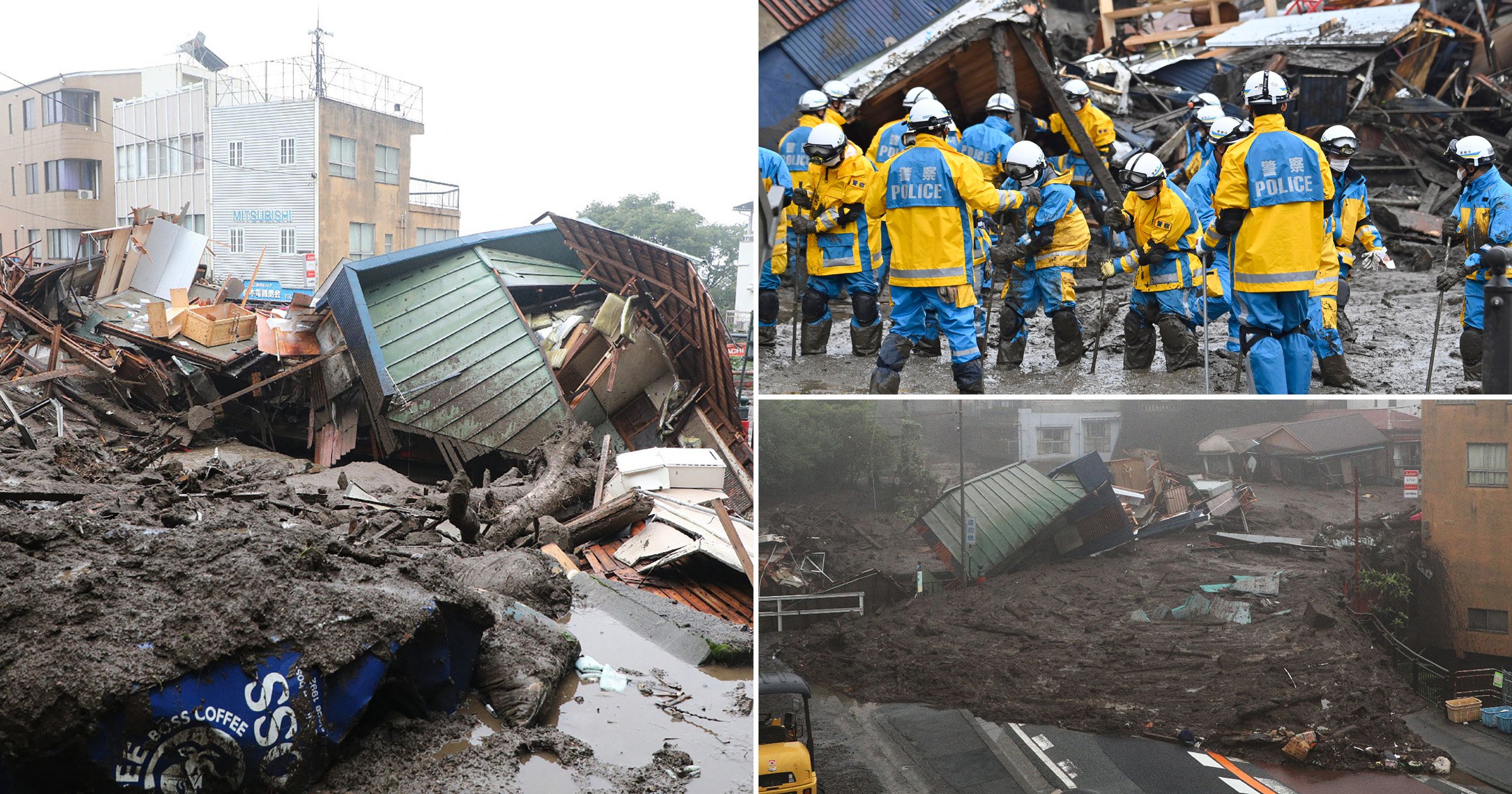 A huge rescue operation is underway after a giant mudslide near the Japanese capital left at least two people dead and 20 missing.

More than 1,000 soldiers, firefighters and police launched a rescue operation after the disaster hit a resort town south-west of Tokyo, sweeping away houses and cars.

Japanese Prime Minister Yoshihide Suga said 19 people had been rescued so far, and 130 homes and other buildings in Atami had been damaged.

Following an emergency Cabinet meeting, he said more people were feared missing after dozens of homes were buried or destroyed completely by a deluge of black water and debris.

Earlier, disaster officials said 20 were unaccounted for, but warned that the number may rise.

Mr Suga said: ‘The area is still having heavy rainfall, but arduous rescue efforts will continue.’ 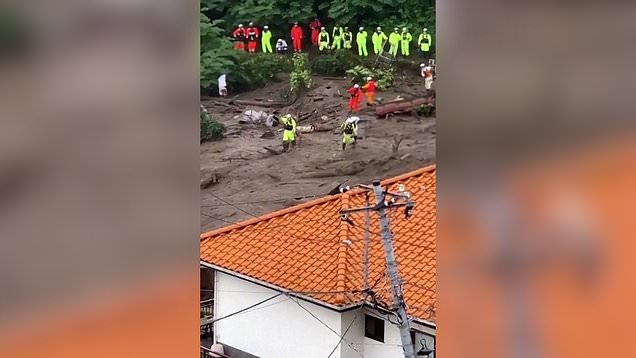 Warning residents to watch out for more landslides, he added: ‘Please act as quickly as you can to stay safe.’

Troops, firefighters and other rescue workers, backed by three coastguard ships, were working to clear the mud from the streets of Atami and reach those believed to be trapped or carried away.

They were barely visible in the rain and thick fog, except for their hard hats.

Six military drones were being flown in earlier to help in the search.

The mudslide early on Saturday crashed down a mountainside into rows of houses following heavy rain that began several days ago.

Bystanders, their gasps of horror audible, filmed the scene on mobile phones.

Witnesses said they heard a giant roar and then watched helplessly as homes were swallowed up by the muddy waves.

Like many others, Mariko Hattori, an interpreter who lives a short walk away from where the tsunami-like torrent of mud struck, at first did not know what had happened.

‘The first things I noticed were lots of emergency vehicles. I didn’t know what happened at first,’ she said.

‘Then I was frightened when I saw the footage.’

The area of Atami where the mudslide struck, Izusan, is a seaside resort about 60 miles (100km) south-west of Tokyo. It is known for hot springs, a shrine and shopping streets.

Japan regularly faces natural disasters – including earthquakes, volcanoes and tsunami – and the latest incident comes ahead of Tokyo hosting the Olympics this month.