Convicted rapist, 33, who tricked his girlfriend, 29, into believing he was an airline pilot and stabbed her multiple times when she dumped him over his lies is jailed for 15 years for attempted murder

A man who pretended to be an airline pilot to his girlfriend has been jailed for stabbing her and leaving her to die in a field after she dumped him over the lies.

Christopher Crichton, 33, duped Clare Wright, 29, with his tall tales of having a high-flying career after they met and started dating early last year.

The romance fraudster from Westcliff-on-Sea, Essex, received a discretionary life sentence with a minimum term of 15 years in prison after he admitted attempted murder and kidnap at an earlier hearing.

Ms Wright survived thanks to help from a cyclist who was passing by.

Crichton had mental health issues and a ‘shocking’ history of convictions for violence and sexual offences against women including rape.

Ms Wright, who lived in the Norfolk village of Kirby Cane, broke up with Crichton on the morning of April 26 earlier this year.

She began to suspect what Crichton was telling her was untrue and found it odd ‘there was no evidence to support’ his story that he was an airline pilot, Norwich Crown Court heard last Friday.

He began to pack his things after she told him their relationship was over, but later called her upstairs saying he wanted help. 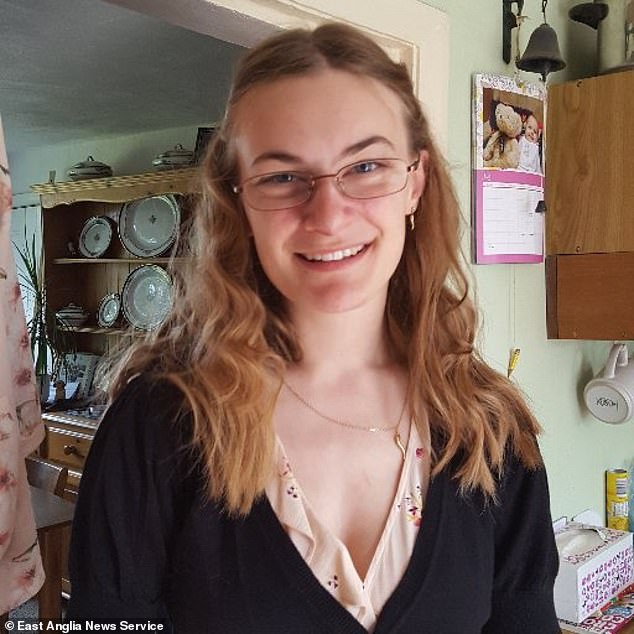 Clare Wright, 29, who lived in the Norfolk village of Kirby Cane, broke up with Crichton in her house on the morning of April 26 earlier this year 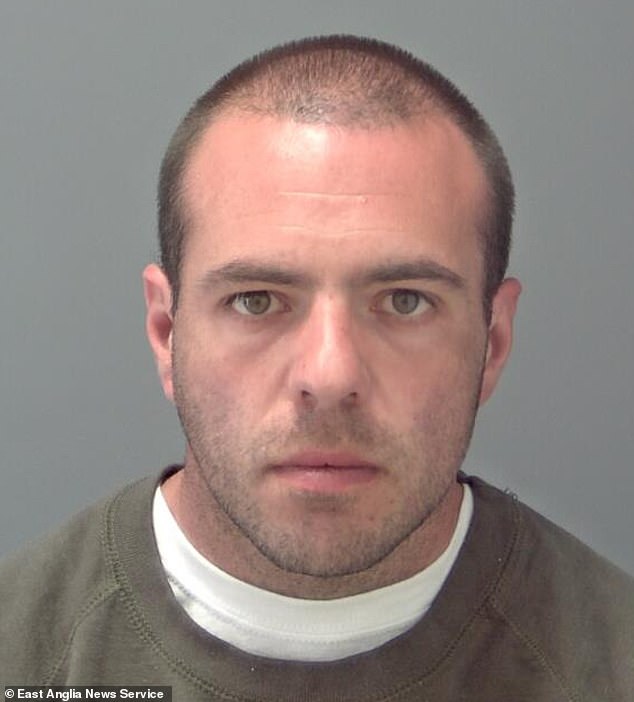 That morning Crichton,33, was seen dragging the ‘kicking and screaming’ Ms Wright into a car

Crichton told her ‘she had hurt him but now I’m going to hurt you’ before pushing her on the bed and punching her ‘repeatedly to the face’.

He forced her to look at her facial injuries as she tried to calm him down, and took her downstairs where she feigned collapse.

Crichton admitted that he was not a pilot and lied that he had recently been released from prison after murdering his last girlfriend.

Ms Wright was terrified and again tried to calm him down before running out of the house, said Mr Jackson.

But Crichton emerged with a kitchen knife and stabbed her several times including in her left leg and back.

That morning Crichton was seen dragging the ‘kicking and screaming’ Ms Wright into a car.

She ‘became aware that the knife had become stuck in her back’, before Crichton pulled it out and left it on the drive, and dragged her into the car.

He drove her around for more than two hours as she begged him to take her to hospital.

The fraudster finally stopped in Nacton, near Ipswich, Suffolk, where he dumped Ms Wright’s body in a field about 300 yards away from the nearest house.

Before driving away, he told her that she was she was ‘bleeding out’ and left her there.

Ms Wright was saved by a passing cyclist who went to her aid at 11.20am and called the emergency services nearly three hours after the stabbing.

She was flown by air ambulance to Addenbrooke’s Hospital, Cambridge and was treated there for two weeks.

Crichton was arrested at the Copdock Retail Park in Ipswich around an hour after Ms Wright was found.

Andrew Jackson, prosecuting, said: ‘It’s the prosecution’s case that in stabbing her repeatedly he intended to kill her.

‘Having stabbed her causing her life threatening injuries, he kept her a prisoner in his car and left her in an isolated place to die.’

Ms Wright did not want her victim impact statement read out in court, but Mr Jackson said she had suffered ‘serious physical and psychological harm’. 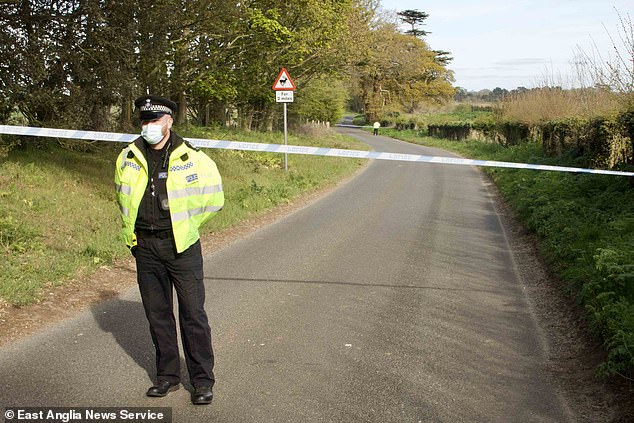 Judge Anthony Bate told Crichton: ‘The victim’s trust in you was utterly betrayed.

‘You deceived her from the outset of your relationship’.

Mr Jackson added that Crichton had a ‘a significant record of violence towards women’ and described him as a ‘practiced and accomplished conman’.

Andrew Thompson, defending, said Crichton told police immediately what he had done and had always intended to plead guilty.

He said Crichton has a ‘complex mental health history’ and had made at least two attempts on his life, in April and May this year, and had also carried out a third serious self-harm incident.

Mr Thompson added that Crichton felt terrible about what he had done and hoped Ms Wright made a full recovery.

Detective Inspector Tom Smith of Norfolk Police said after the hearing on Friday: ‘Crichton is an incredibly dangerous individual and today’s sentencing will ensure he can’t be a threat to anyone else.

‘I want to thank the victim in this case for the outstanding strength and resilience she has shown throughout this investigation.

‘She has been incredibly brave and, along with the strong support of her family, I hope today’s result will help her move forward from what has been an incredibly traumatic ordeal.’