Home » World News » Jail for man, 81, who abused boys in his care at Melbourne orphanage

An elderly man who abused five boys in his care almost 50 years ago, and blamed his wife for his crimes, has been jailed for more than six years.

William Skelland and his then wife were “cottage parents” at the Burwood Boys’ Home, in Melbourne’s eastern suburbs, when he attacked and abused boys aged between six and 14, sometimes repeatedly, in 1973 and 1974. The boys were wards of the state. 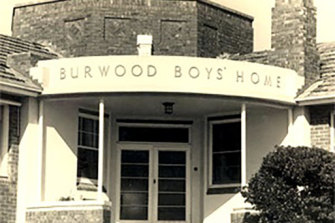 When one boy told the head of the home of Skelland’s abuse, the manager struck the victim to the face, County Court Judge Mark Dean said. But Skelland was sacked in 1974 when other boys came forward, although police weren’t called.

Skelland’s crimes stayed hidden for decades until they were investigated at the Royal Commission into Institutional Responses to Child Sexual Abuse, and police later laid charges.

Dean on Monday jailed Skelland, now 81, for six years and nine months after he pleaded guilty to nine charges of indecent assault. He must serve at least four years and will be eligible for parole next year.

The judge said Skelland’s crimes had a lasting and devastating impact on his victims, and that all would have been terrified when he attacked them, either in their bedrooms or as they watched television.

“You have now been brought to justice for your appalling attacks on vulnerable young boys who you were entrusted to care for,” Dean told Skelland, who was unmoved as he watched the hearing on a video link from prison.

“You systematically abused them for your own deviant sexual gratification.”

After the initial reports made by the boys, Skelland told the head of the home he hadn’t had sex with his wife for a long time because she was pregnant. He repeated that excuse in a plea hearing last week.

Skelland and his wife migrated to Australia from England in 1970, but after their divorce in 1991 he returned to his homeland and lived a quiet life, Dean said. The pair had a daughter but Skelland has nothing to do with her.

He unsuccessfully fought his extradition to Melbourne, where he has been in custody since 2019. He pleaded guilty last year, but only after two of his victims were cross-examined, and Dean found there was no evidence of remorse or insight.

The judge said Skelland had various health problems and had been diagnosed with paedophilic and mixed personality disorders, and depression. He has already served almost 900 days since his arrest.

The Burwood home closed in the 1980s, according to Department of Health and Human Services records.