A lorry driver missed a job interview because he was an hour late to the interview after 40 Insulate Britain eco-zealots blocked Dartford Crossing this morning.

The father-of-two lost an opportunity to become skip driver during a period of HGV driver shortages in the UK after being held up at the road block.

In frustration, he was also one of the motorists who dragged seated protesters away.

He said in an interview with LBC: ‘I’ve lost my job interview because of these lot here.

‘I’m an hour late because of this lot.

‘I’m a HGV driver and there’s a shortage of HGV drivers. None of them [the protesters] work, they’ve all retired.

‘I had an interview this morning, but I’ve been told I’ve lost it because I’m too late. 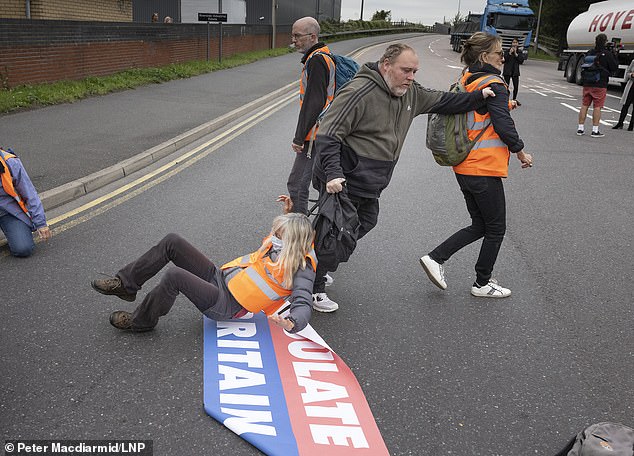 Tensions ran high at the blockade this morning and the driver was pictured gesturing and shouting at the eco-mobsters in frustration.

Other motorists honked their horns, got out of their cars and dragged the seated demonstrators off the road.

One man ripped Insulate Britain banners out of protesters’ hands as Essex Police made a total of 35 arrests. 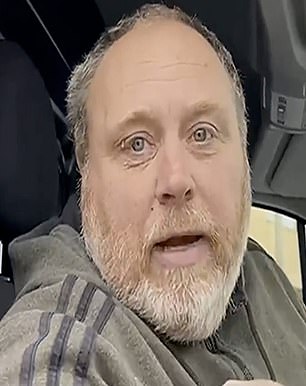 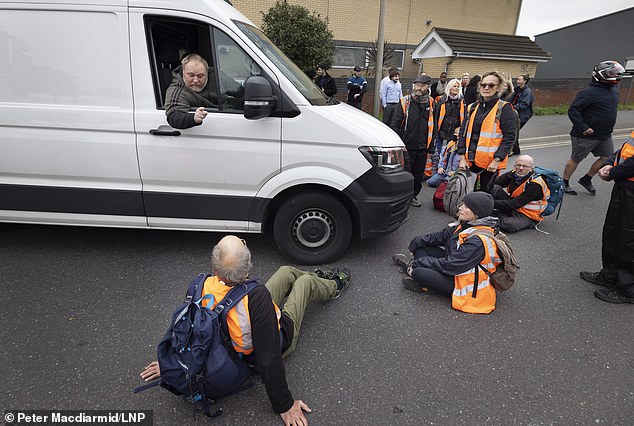 The man was outraged at the road block, which made him an hour late to an interview for a skip driver job

Another lorry driver drove right up to seated disruptors and then stepped out of the vehicle in frustration.

He said: ‘We are pro any advances in scientific technology but the technology isn’t quite there – vehicles aren’t ready for that yet. 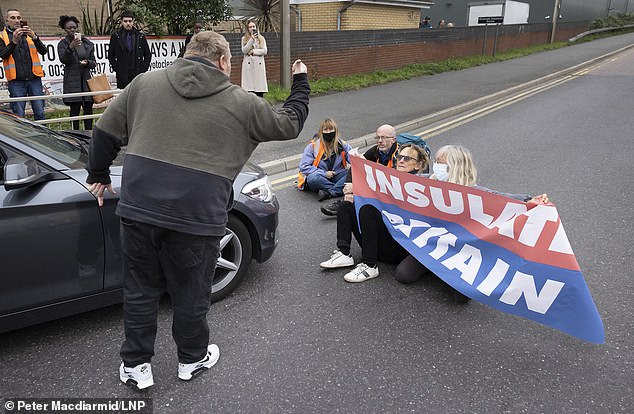 ‘We’ve been doing research and what’s going to be needed in the future is government investment that would allow those vehicles to run.

‘We’d love to see all road haulage become electric in the future.’

Mr Bower added that while the protests ‘get the headlines’ and back a cause URTU ‘fully supports’, the haulage industry isn’t quite there yet.