A SURFER who lost his right leg in a horror tiger shark attack has told of an "awe-inspiring" close encounter with one of the creatures more than 20 years later.

Mike Coots suffered a partial amputation when he was bitten while boogie boarding off Kauai, Hawaii at the age of just 18. 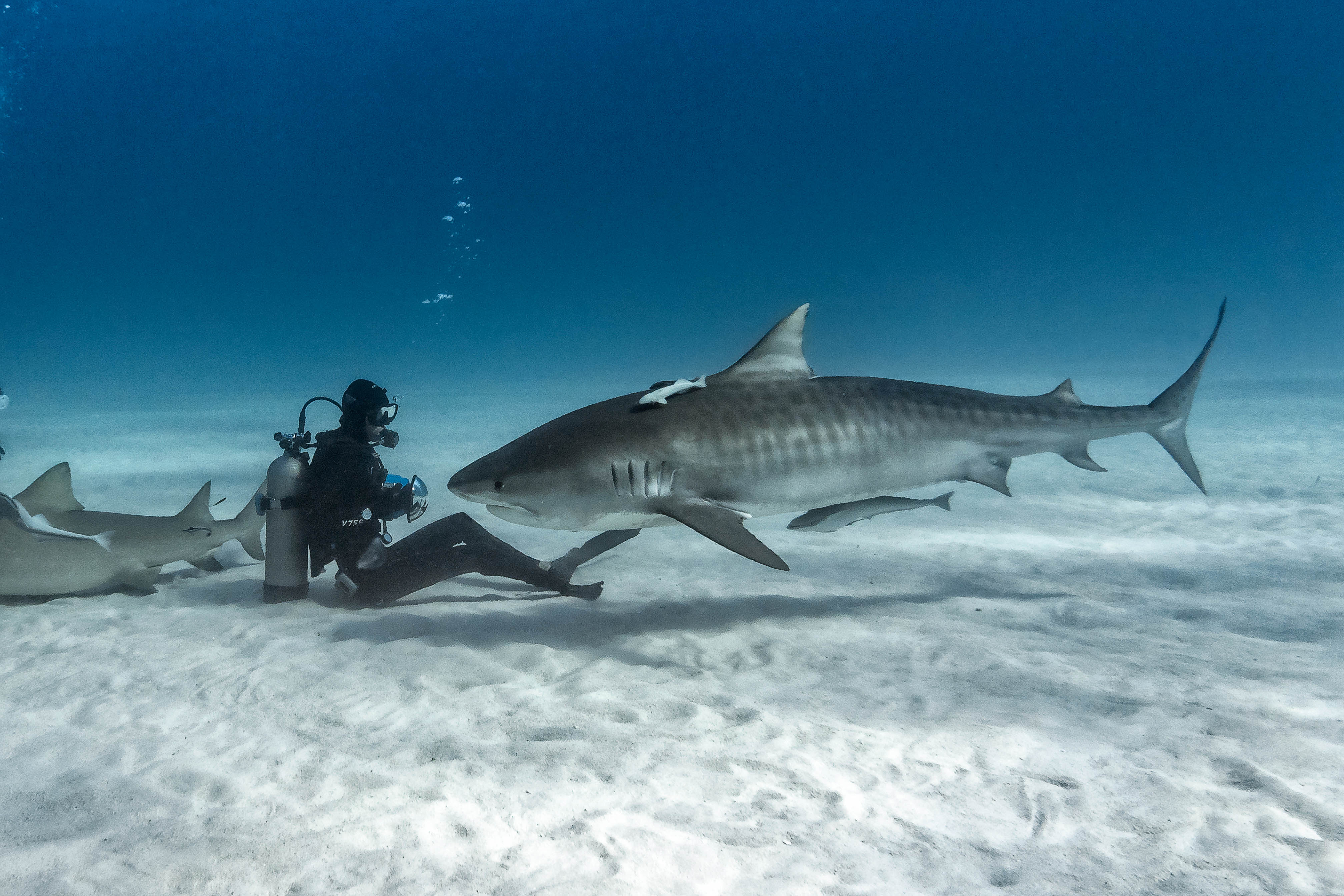 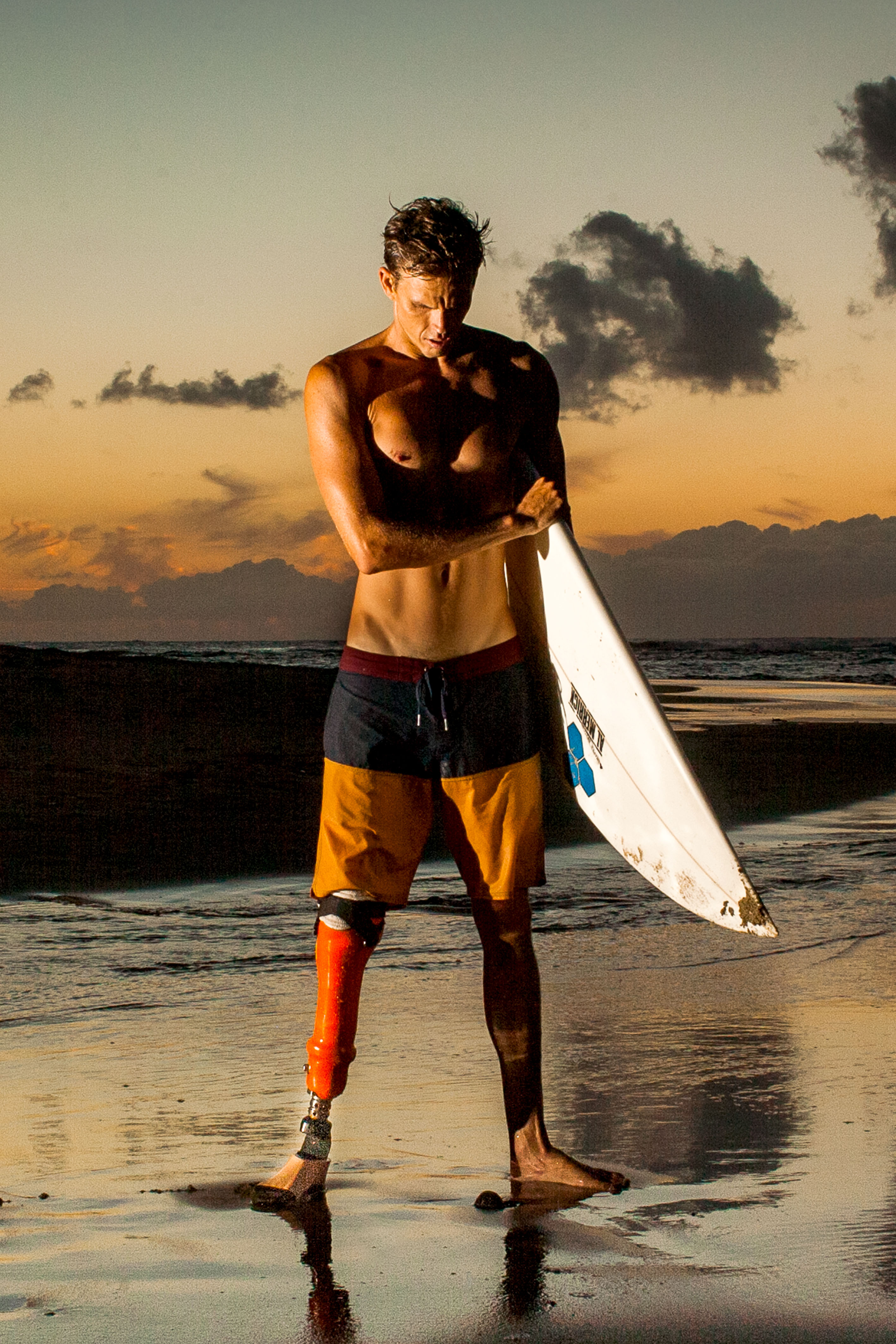 He escaped with his life after punching the beast in its face.

But despite his horrific ordeal, he was back in the sea just a month later.

Mike became a shark conservationist and still regularly dives with the beasts in international hotspots to raise awareness.

And more than two decades on, he came face-to-face with a tiger shark for the first time since he was bitten.

The brave surf photographer described the moment as "breath-taking".

Writing on his Instagram account, he said: "Years back, a shark stole my leg. Today, it’s my heart.

"I spent this last week diving in the clear warm waters of the Bahamas.

"Being my first time face to face with a tiger shark since being bitten by one, I was a unsure of what to expect.

"Awe-inspiring, breathtaking, surreal and majestic are words that barely begin to describe.

"Never once did I feel threatened, and surely a experience I’ll never forget.

"Many thanks to the boat crew and friends who saw this dream fulfilled."

Just three years ago, Mike captured astonishing footage of a Great White off the coast of New Zealand.

His footage is the stuff of nightmares for most – but he said he was thrilled to capture the moment.

Speaking at the time, he said: "When I filmed the footage this Great White was coming right up to me – literally millimetres away.

“It was literally like hanging with dinosaurs. It’s one of the coolest things you can do on earth. You can just feel the vibe from this apex predator.

"Stewart Island is one of the only spots in the world where you can consistently dive with big whites, but it’s still quite rare to see them this close.

“Filming them actually calms me down. As a photographer I was just focusing on getting the shot and capturing the movement.”

The Hawaiian, who grew up in New Zealand and has dual citizenship, has previously discussed the horrific moment he was attacked.

“I was just paddling for a nice wave when this tiger shark came up like a submarine and grabbed onto me and started shaking me around like a dog with meat," he said.

“I gave it a couple of good punches on the nose then got back on the board.

"My hand was bloody but I managed to start paddling back into shore. Then my right leg started spasming.

“I saw something to the side which I thought was the shark.

"I looked over and it was my severed leg. I was just spurting blood out of the missing limb.”

These days, Mike has shot to social media stardom for his incredible snaps of himself swimming with sharks while wearing a prosthetic leg.

He has even developed a surfboard fin aimed at stopping shark culls.

The fins allow surfers to let others know they don't want a shark to be hunted if they're killed or injured in the water.

He said: “It’s been a really fun experience to use my unique situation to connect with other people who are passionate about the same thing as me.

“Sharks aren’t just man-eaters, they are invaluable to the balance and health of our oceans.” 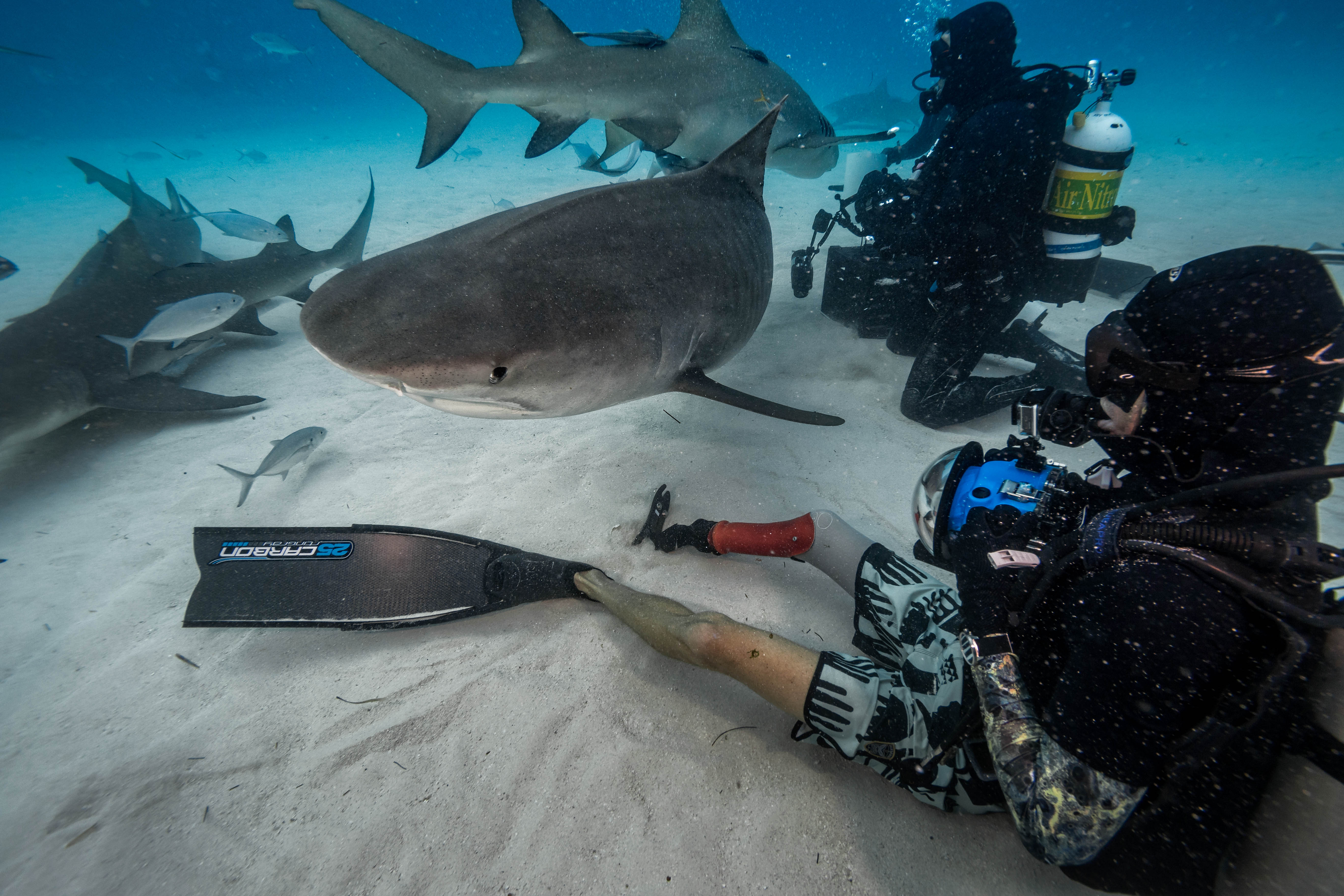