A TEARFUL police officer has told how he feared he would "never see his two little girls ever again" after a drink-driver smashed into him and left him fighting for his life.

PC Stephen Wales was investigating a disturbance at a pub in Wakefield, South Yorks., when boozed-up Karolina Serafin, 25, mounted a curb and pinned him against his van. 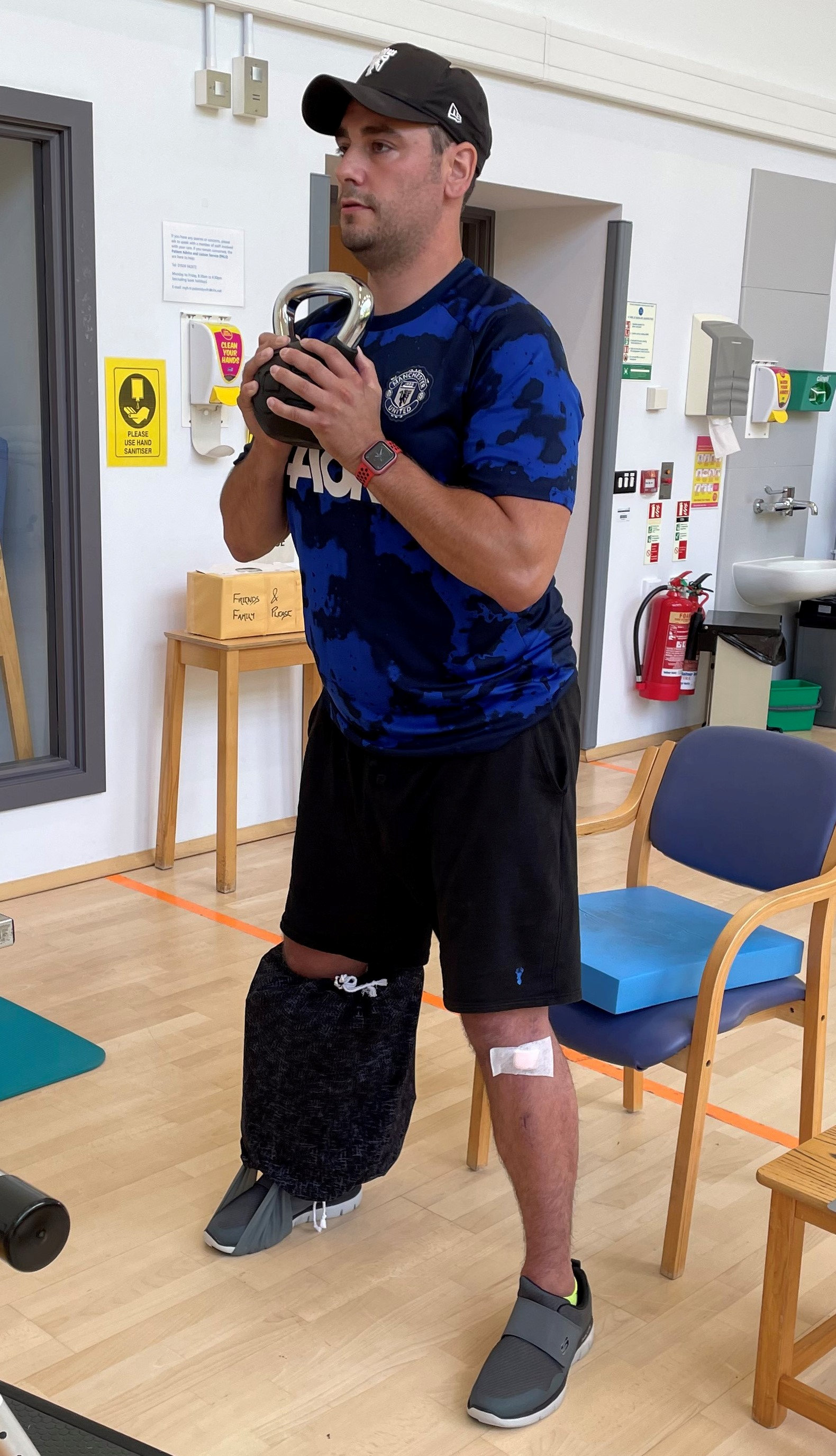 The Polish national, who was more than double the drink-drive limit, also struck two pedestrians in the same incident, who sustained "horrific injuries".

In his chilling account, the dad-of-two said he knew straight away that his injuries were serious when he saw "blood pouring" from his right leg.

"At that point, I thought that I would never see my two little girls ever again.

"I'm a father, and that's when I thought it were really serious."

The devasting crash dates back to July 10 this year, when the officer's eye was drawn to an incident in the early hours of the morning outside a pub in Wakefield.

PC Wales said: "As I parked my patrol vehicle, which was a police van, I exited that vehicle and no sooner had I grabbed hold of the person, I was struck by an almighty bang.

"I was thrown 20 to 30 feet into the middle of the road from the pavement."

PC Wales soon realised he'd been hit by a speeding vehicle and that two nearby pedestrians were also injured.

"After the initial impact, I came round and realised I'd been struck by a car at quite a significant speed.

"Laid before me were two members of the public who had sustained horrific injuries also that evening.

In the minutes that followed, the police officer said he recognised that his wounds could be potentially life-threatening.

He said: "I initially knew at the scene that my injuries were very severe.

"At that point I thought that I would never see my two little girls ever again. I'm a father, and that's when I thought it were really serious."

Since the crash, the copper has required 24 hours of surgery, where he's had a metal plate and 12 screws in his left leg and 11 pins inserted in his right leg.

His right leg was the most severely affected as it suffered muscle and tissue damage that will leave it disfigured for the rest of his life.

He will also have to undergo a further 8-12 months of physiotherapy and rehabilitation.

But incredibly, he is defying doctors' expectations and is expected to make a full recovery.

It only really started to hit home more as I saw my kids and realising how close I'd come to losing my life that night."

Sadly, the two pedestrians who were also struck down alongside PC Wales each required one of their legs to be amputated.

Serafin, of Worksop, Notts., admitted three counts of causing serious injury by dangerous driving and was jailed for three years and eight months on November 8.

During her sentencing, prosecutor Andrew Dallas said Serafin had gone to a flathours before the smash, where she had been drinking neat vodka.

CCTV played to the court showed her heading along Alverthorpe Road and onto Westgate when she took the bend wide and veered into the kerb.

PC Wales said: "I initially found out that it had been a drink-driver immediately after the incident while I was recovering in hospital, but it's never really sunk in.

"It only really started to hit home more as I saw my kids and realising how close I'd come to losing my life that night."