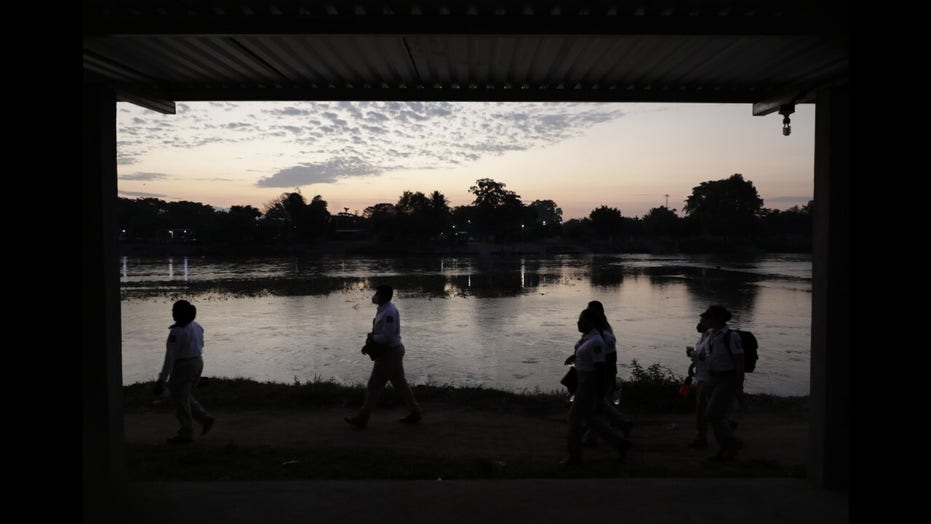 Human smugglers are using social media to advertise their services to transport migrants — some of them from countries overseas — from Central America to the U.S.

Guadalupe Correa-Cabrera, associate professor at George Mason University’s Schar School of Policy and Government, has been studying the correlation between migrant smuggling and social media since about 2019, and the most common platforms among migrants are Facebook and Facebook-owned apps WhatsApp and Instagram.

“When the migrant caravans started to arrive, myself and my team found out that a lot of the communication was done through WhatsApp. … This is the way that people communicate normally,” she told Fox News. 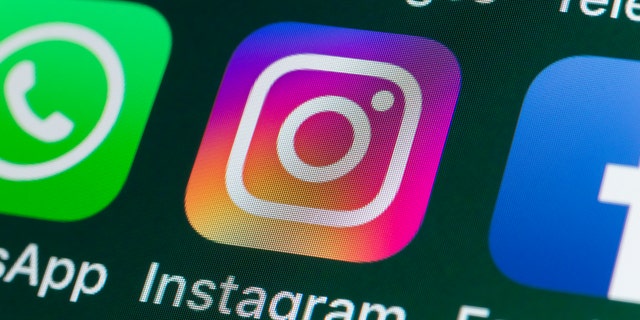 The buttons of the photo app Instagram, surrounded by WhatsApp, Facebook, Messages and other apps on the screen of an iPhone. (iStock)

“Some of these WhatsApp accounts were created just weeks before the caravan formed, and then when the … life of the caravan was over, the WhatsApp list that we were tracking was over,” she said.

Human smugglers and migrants looking for entry into the U.S. also use Facebook and Instagram, which can provide both the smugglers and the migrants with a sense of anonymity but also allow smugglers to post pictures of success stories, whether they are real or not.

One Honduran migrant named Jose, who is waiting in Mexico for entry into the U.S., spoke with Fox 25 Oklahoma about the advertisements he’s seen on Facebook.

“Totally safe, legal and illegal crossings into the U.S. Pay once you get there,” one post on a migrant-smuggling page says, according to the outlet. Others say, “Next trip to the U.S. is March 25, you only have to walk 15 hours we can cross you through Sonora,” and, “We can walk or drive you across.”

The people posting these messages ask for payments from anywhere between $3,500 and $8,500, Fox 25 reported. Sometimes the prices are lower for smugglers transporting women and children, Correa-Cabrera said. 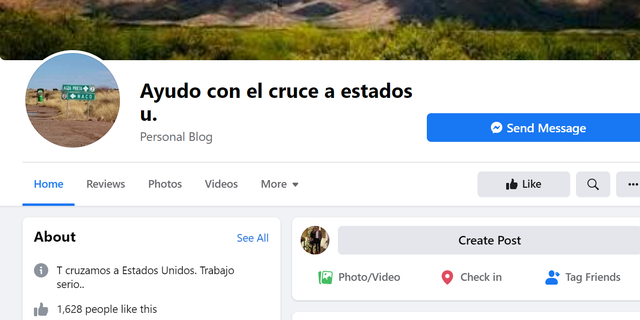 Facebook page reads, "I help with the crossing to [U.S.]" in Spanish (Fox News screenshot) 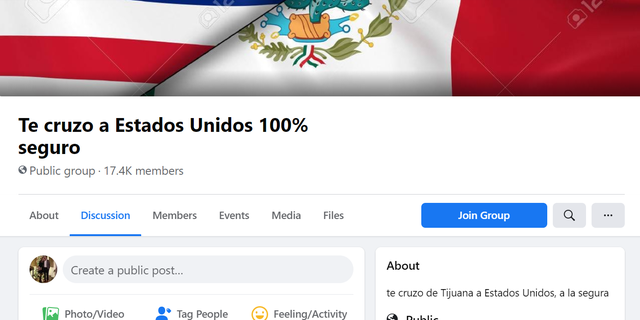 Jose has no plans to use the services. He wants legal entry into the U.S. to see his two daughters, ages 8 and 13, according to the outlet.

Correa-Cabrera confirmed she has studied advertisements like the ones Jose saw that ask for a fee and promise specific services. Some of the posts on Facebook and Instagram will display before-and-after-type photos that will show a migrant somewhere in Central America before he arrived in the U.S. compared to a photo of that same migrant in a U.S. city like Chicago.

Migrant smugglers started using social media to organize caravans around 2015. The platforms have “provided smugglers with an opportunity to become more organized,” the professor said.

Others will show pictures of “proof” that their services not only helped transport migrants to the U.S.-Mexico border but also across the border and into the U.S.

While it may be difficult to distinguish real photos and services from fake ones, Correa-Cabrera said the trick is to know which smuggling networks are connected to which social media lists and profiles so their legitimacy can be confirmed by people in certain communities who may know someone who successfully crossed into the U.S. 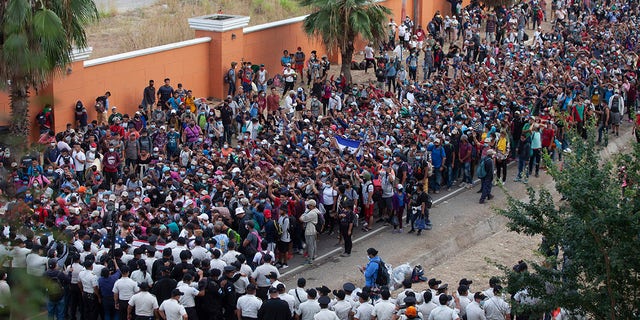 “It works with networks of people who know each other,” she said. “People know. People are not stupid. Migrants are poor, but they have expectations based on reality.”

These networks have smugglers based throughout Central America, Mexico, at the U.S.-Mexico border and even within the U.S.

Social media helps “legitimate” smuggling networks “provide pictures — provide proof — that some of [their] clients make it,” she said. “Maybe the majority are not successful, but there is a minority that … can make it to the United States.”

She added that smugglers’ advertising methods on social media have changed throughout the years. When former President Trump was in office, for example, the message was something along the lines of, “Things are getting worse. Come to the U.S. now before it’s too late.” Now that President Biden is in office and more migrants are hoping for substantial immigration reform, the message is: “Things are getting better, so why not come to the U.S. right now?”

Correa-Cabrera compared the messaging to T-shirts that read “Biden. Please let us in!” that migrant advocacy group Casa de Luz Tijuana distributed to people crossing the border in February. 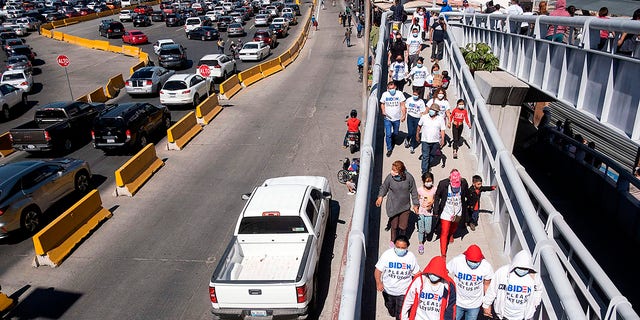 She continued: “Those are the messages that are provided by smugglers.”

Facebook’s community standards advise users not to post “content that offers or assists in smuggling of humans.”

Facebook CEO Mark Zuckerberg said during a Thursday hearing that the State Department has used Facebook to share factual information with users, and that advertising smuggling services on the platform is against Facebook’s policies, and Facebook is “taking a lot of steps to stop it.”

Let me just say that I think that the situation at the border is really serious,” he said, “and we’re taking it very seriously.”