Princess Anne may have thought she had seen it all in her seven decades but she looked a little taken aback yesterday by the arid scenes when she visited The Game Fair at Ragley Hall, Warwickshire.

And the sorry-looking landscape may see little change until October, with the Met Office predicting a sizzling three months ahead.

In the coming days, tropical weather will bring muggy heat reaching about 29C (84F), while large parts of the country will be lashed with heavy but short-lived showers sweeping in from the Atlantic. Forecasters warned that the south and east especially will be hot and humid.

Temperatures will push higher from Monday once the thunderstorms end. 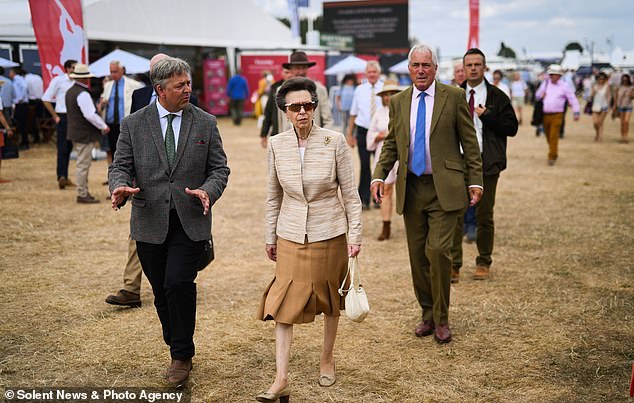 Princess Anne may have thought she had seen it all in her seven decades but she looked a little taken aback yesterday by the arid scenes when she visited The Game Fair at Ragley Hall, Warwickshire 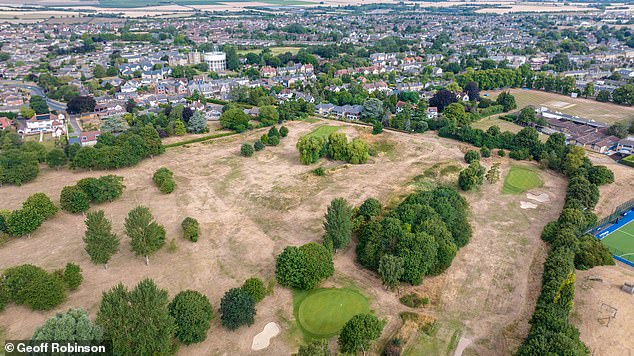 Looking rough: The fairways at Ely Golf Club were parched yesterday, although the greens look like desert oases 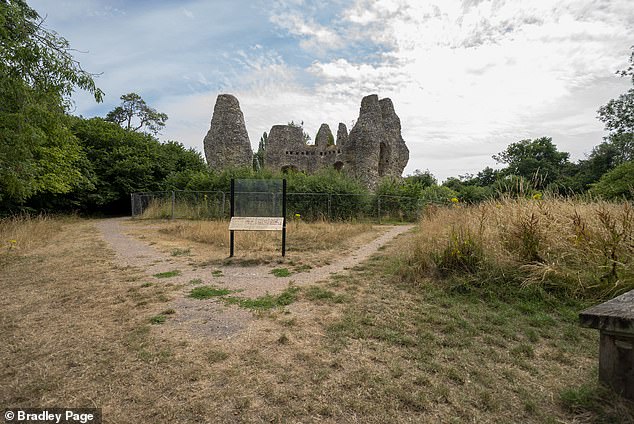 Hampshire: a landscape in ruins (Pictured: General view of Odiham Castle and the dry ground around it

Around 1in to 1.5in (30mm to 40mm) of rain could fall over Monday and Tuesday in northern, central and western areas, but ‘nothing too disruptive’ and ‘useful for farmers and gardeners’, Met Office forecaster Tom Morgan said. ‘Many areas will be very warm and humid with plenty of cloud around.’

He added. ‘Temperatures will be as high as 20C (68F) in the early hours, meaning uncomfortable evenings for sleeping are in store.

‘The odd rumble of thunder may be heard in isolated areas, and it’s going to be pretty muggy and humid – typical of conditions seen in tropical countries.

The first hosepipe ban, announced on Friday by Southern Water for a million households across Hampshire and the Isle of Wight, is expected to be followed by further calls to limit water use.

Another 17 million face restrictions, with other suppliers including Thames Water, South East Water and Welsh Water warning they may have to act. 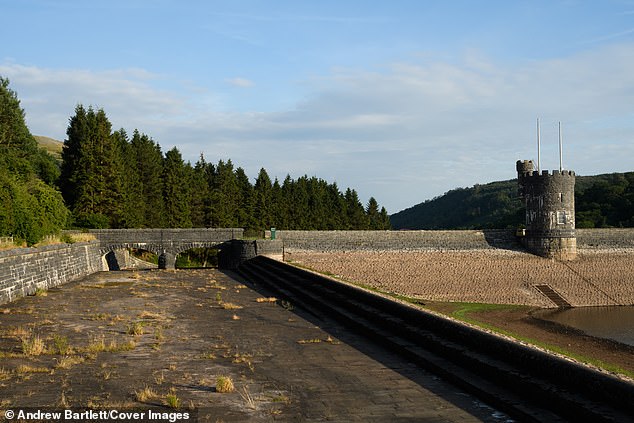 Across the country, village cricketers played on rock hard pitches, risking cuts if they dived for catches. Deryn Fowler, 26, who plays for Blunham in Bedfordshire, said: ‘I took a layer of skin off my knee as I dived to save a four.’

There is little hope of rain or a fall in temperature, forecasters warn, with autumn’s cooling temperatures arriving later than usual.

The Met Office says it is seven times more likely that July to the end of September will be much hotter than normal than much cooler.

The Met Office said: ‘There is an increase in the likelihood of warmer than average conditions.’

…And even when it DOES rain, it’s the wrong sort

As a couple sheltered under an umbrella in rain-hit Cumbria yesterday, water chiefs warned that predicted heavy showers will not help reduce the risk of hosepipe bans – because it is the ‘wrong type of rain’.

Suppliers say they need light rain over long periods, because heavy rain on dry ground doesn’t soak in but just runs off into drains, or even causes flash floods.

One said: ‘We need long-term regular rainfall to soak the land and replenish underground aquifers.’