Authorities in New York City are seeking a group of four people who ganged up on a man in a wheelchair, beating him and stealing his belongings earlier this month amid a rise in citywide robberies.

The incident happened on Nov. 8 just before 2:30 a.m. in front of 267 Tremont Avenue in the Bronx when the 39-year-old victim had a verbal dispute with an unidentified female, police said.

Surveillance video shows the man in the wheelchair talking to a male member of the group when he is first punched. The three men and one woman continue punching him before dragging him out of the wheelchair. The group then continues to punch, stomp and kick the man.

Police said the group took off with the man’s backpack, which held an iPhone 13 and $800 in cash. 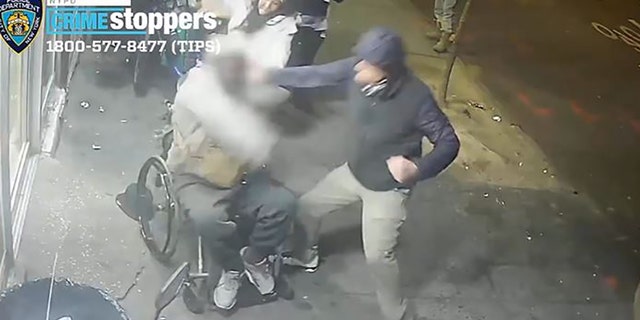 Surveillance video shows the three men and one woman punching the man in the wheelchair.
(NYPD)

The victim suffered pain in his head and body, but he refused medical attention, according to police. 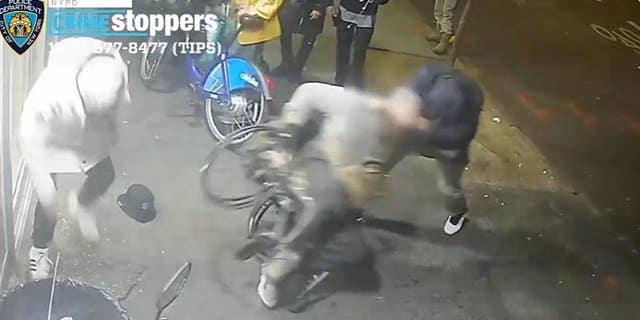 One man drags the victim out of his wheelchair and onto the sidewalk, police said.
(NYPD)

Meanwhile, citywide crime year-to-date rose to 85,558 – a 1.9% increase compared to the same period last year, according to NYPD statistics. 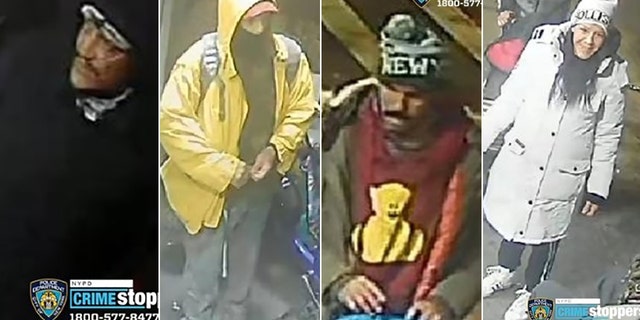 Police said they are looking for four individuals in connection to the incident.
(NYPD)

Authorities asked anyone with information about the incident to contact investigators at 800-577-TIPS.